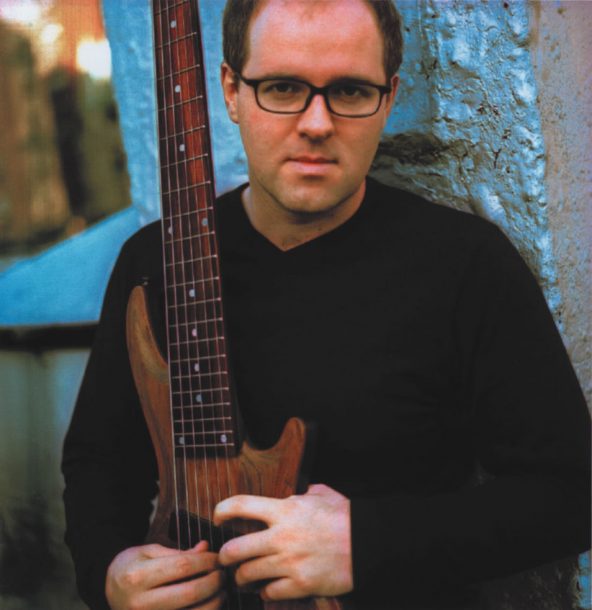 Skuli Sverrisson refers to his native Iceland as “a culture of curiosity.” It was therefore always natural for the composer and electric bassist to investigate music without regard to genre or boundaries. When Sverrisson came stateside in the mid-’80s to study at Berklee, his curiosity went into overdrive. After relocating to New York in the ’90s, Sverrisson and like-minded Berklee alumni like drummer Jim Black and reed player Chris Speed translated their broad tastes and experimental zeal into a nucleus of bands like Pachora, Black’s Alasnoaxis and Speed’s Yeah No, that significantly shaped the downtown aesthetic of the late ’90s.

Sverrisson considers himself and his colleagues to be “a community of listeners” for whom stylistic distinctions mean little to nothing. Sverrisson credits the information explosion of the past 15 years for creating the “exposure to other cultures and other ways of making music that allow musicians to move beyond history and category, and to make music that exists on its own.” This is why, Sverrisson suggests, he and his cohorts can recombine in different bands to make music spanning Pachora’s Eastern European and Turkish folk mix, Speed’s supple Yeah No tunes and Black’s skronk-soaked Alasnoaxis rave-ups.

In such settings, Sverrisson quickly establishes himself as a bassist with a subtle sense of propulsion, particularly in odd meters, and a knack for filling a small space with a phosphorescent phrase. Yet even these adventurous bands do not prepare the listener for Seremonie (Extreme), Sverrisson’s solo CD, Kjar (Smekkleysa), his collaboration with Alasnoaxis guitarist Hilmar Jensson, and Desist (Fire), a program of electronic music realized with Anthony Burr. The soundscapes on these discs are startling, whether Sverrisson is exploring barely audible noises with Burr or redlining with Jensson.

You know when a musician’s stock is rising when he is hired by leading exponents of his own instrument, and when he is tapped for a project by a beyond-category icon. Sverrisson’s work on composer-bassist Mark Dresser’s new Tzadik CD, Marinade, and Sverrisson’s musical direction for new music icon Laurie Anderson’s upcoming Nonesuch recording, suggest that his curiosity and creativity are justly valued.