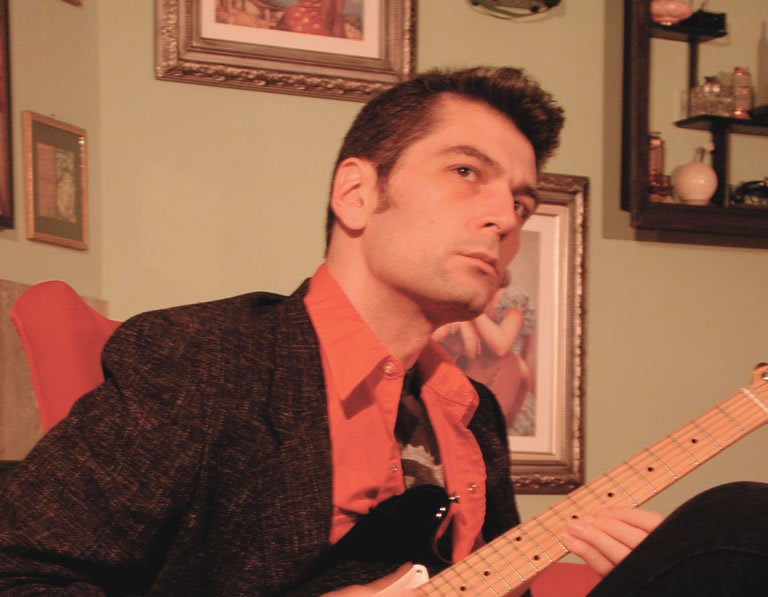 There is no doubt that Skip Heller’s record collection, which he has been amassing since he purchased his first John Hartford and Norman Blake records as a bluegrass-smitten teenager growing up in Philadelphia, contains more music than the average person could possibly hear in the span of a normal lifetime. But Heller is neither average nor normal. An authority on an array of subjects, including doo-wop, rockabilly, organ groups, punk rock and women’s pro basketball, Heller’s career choices have mirrored his wildly eclectic tastes. His wide-ranging credits include producing a Big Jay McNeely jump-blues record, gigging with NRBQ, composing music for the Cartoon Network show Dexter’s Laboratory, scoring the film The Flintstones: On the Rocks, touring with exotic diva Yma Sumac and backing Chicano music godfather Lalo Guerrero.

Equally inspired by Gene Ammons and the Dead Kennedys, Joey Ramone and Joey Baron, the Blasters and Bill Evans (he boasts of having 115 of the pianist’s albums in his collection), Heller proudly parades his eclecticism on Fakebook (Hyena), an audacious organ-combo date that goes well beyond greasy blues-and-bop-based territory and into headier, post-Jimmy Smith realms. From the opening Grant Green and Big John Patton vehicle “The Yodel” to his closing meditation on Bob Dylan’s “The Man in Me,” Heller cleverly sidesteps obvious B3 choices. Throw in faithful renditions of Raymond Scott’s “Powerhouse” and Les Baxter’s “Sophisticated Savage,” a daring solo guitar interpretation of “Monk’s Mood” and a spirited romp on “Arriverderci, Roma” (a paean to his own South Philly Italian roots) and you’ve got the most wildly eclectic release since Heller’s previous outing, last year’s The Battle in Seattle, which contained radical revampings of songs by Prince, Miles Davis, Dean Martin, Stevie Wonder and the Jackson 5.

Regarding his modus operandi for Fakebook, the guitarist offers: “The band is not built around me; the band is an extension of how I feel about music and how I want the music to work. To use a basketball analogy, a good point guard runs the court and is really the person who defines how the game is going to be played on that day. And that’s how I feel the job of the bandleader is. It’s not for me to make every shot but to pass sometimes and create a setting with my playing for somebody else to go in for the dunk. And then sometimes I’m the one who gets the shot, so occasionally I do get to step up.”