Skip to content
Become a member and get exclusive access to articles, live sessions and more!
Start Your Free Trial
Home > JT Archives > Shut Up & Sing 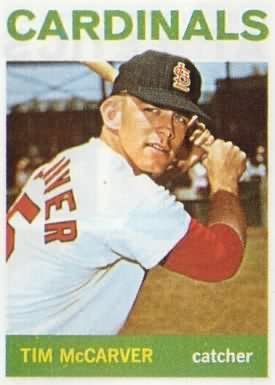 As a baseball player, Tim McCarver was beloved by fans for his clutch hitting, solid catching and steady leadership. In his second career as a color announcer for baseball games on Fox and other networks, McCarver became a more polarizing figure, thrilling some fans with his incisive analysis and commentary, while irritating others with his strained puns and firm grasp of the obvious. Perhaps that backlash has as much to do with his ubiquity, because for many years he seemed to be covering nearly every baseball game on national television. However, no one could deny that he had a great voice for TV and radio and it turns out that he’s been doing a little impromptu moonlighting as a singer in piano bars. McCarver told USA Today recently that he was encouraged by friends (one of whom was a record producer, of course) to record a CD. “Since I’m getting older, I figured I may as well do it,” he told the newspaper. The title of the recording is Tim McCarver Sings Selections from the Great American Songbook and although it is not likely to supplant the works of Sinatra or Fitzgerald in the pantheon of vocal jazz standards, it’s not necessarily as bad as his worst enemies might wish. His vocal range is limited, say, to that of late, very late, era Frank, but his mellifluous tones are unmistakable. The album was produced by Sid Selvidge for Archer Records in Memphis with noted area session musicians.

2. This Will Be My Shining Hour

4. There Used To Be A Ballpark

5. Gone With The Wind

9. A Nightingale Sang In Berkley Square

The CD is available at Amazon, iTunes and his own site.