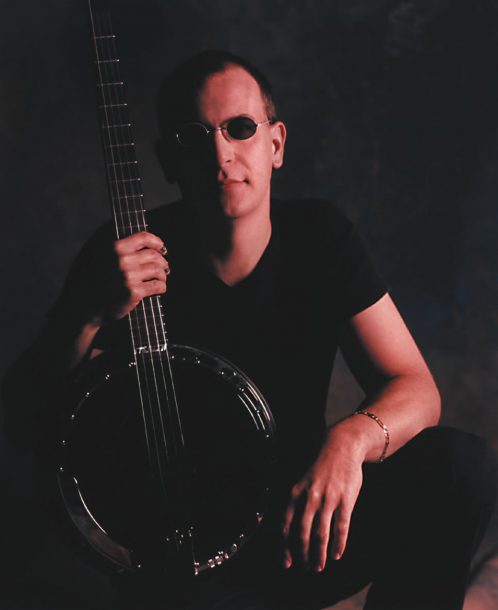 Bluegrass banjo whiz Scott Vestal is gushing to a jazz writer about the classic rock band Yes. This heartfelt nod to Jon Anderson & Co. isn’t exactly what the music writer expected, but the good-humored confession goes a long way in explaining the charmingly enigmatic musician.

“I’ve been a Yes fan since the ’80s-around the time of 90125. You know, the one with ‘Owner of a Lonely Heart’,” the Nashville-based 37-year-old Vestal says with a warm, twangy accent. “I totally listened to that album all the time.”

Vestal, who grew up in Texas and Oklahoma sitting at the feet of his fiddle-maestro grandfather, started sleeping with his first banjo at age 13. “I never had formal lessons,” he says. “I just sat down and started playing. You learn a lot of bad habits that way, but then again, I didn’t have any preconceptions about how it was supposed to be done. I was just enthralled.”

Since making his professional debut at age 18 with the Larry Sparks Band, Vestal has gigged with such notable pickin’ partners as Southern Connection, Doyle Lawson and Quicksilver, Continental Divide and Ricky Skaggs. In 1996, the International Bluegrass Music Association named Vestal “Banjo Player of the Year.” And as perhaps his greatest accomplishment, Vestal developed-and currently sells for about $2,500 a pop-the past-meets-future Stealth banjo, which is designed like a Telecaster (with a shorter scale and the bridge closer to the head), making jazz chords more comfortable.

On the new (and very good) Millennia-which includes a puckish cover of Yes hit “Long Distance Runaround,” along with earnest versions of Mozart’s “Turkish March” and Charlie Parker’s “Au Privave”-Vestal, taking a page out of fellow banjo stud Béla Fleck’s recent songbook, concocts a contemporary stew of bluegrass, blues, rock and jazz. There’s no doubt that Millennia-with its whipping crosswinds of musical genres-is the album Vestal was born to make. “The traditional players aren’t going to like it,” he admits. “They think everything should sound like Earl Scruggs. But I think the banjo can play a part in all sorts of different music.”