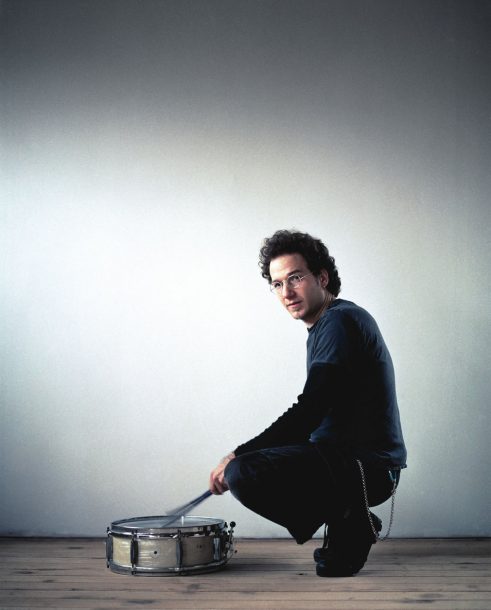 Many remember Scott Amendola as the funky backbeat in guitarist Charlie Hunter’s mid-’90s group. But the drummer’s musical interests have always been broad, and Amendola has been working on exploring that range with his own band for the past four years. The San Francisco Bay area-based Amendola says he has a “vision of having a band of people with strong personalities, where the music is composed and yet open.” That idea is nicely realized on his second album, Cry (Cryptogramophone).

“Before I played with Charlie, I had been playing more experimental music, along the lines of Ornette or Anthony Braxton,” Amendola says. “But I also always liked funk and jazz. When I met Charlie, I was pretty blown away by what he was doing. I did that for a while and T.J. Kirk, too, which was a blast,” referring to the jazz-funk band that released two albums on Warner Bros. in the mid-’90s. “After all that ended, I realized that if I started my own band, I could probably get that [jazz-funk] audience. But I started writing, and other stuff started coming out.”

On Cry, Amendola explores ethereal, folk-influenced turf and improvisational detours, sometimes with approaches reminiscent of the great drummer Paul Motian, of whom he enthuses, “I’m not a fan, I’m a disciple.” Amendola also focuses on the ensemble sound in his compositions rather than any overt drummer spotlight. His band includes guitarist Nels Cline, saxophonist Eric Crystal, bassist Todd Sickafoose and violinist Jenny Scheinman. He’s happy with this lineup, noting that he likes “to play music that is really free but also about songs. I found people who can interpret that idea, my music, with the same passion that I come to the table with.”

One odd track is a broiling rendition of Bob Dylan’s “Masters of War,” sung by Carla Bozulich. Initially, Noe Venable sang the tune when Amendola’s band played at the 2001 Monterey Jazz Festival shortly after 9/11. “It was met with a standing ovation,” Amendola says. “I figured it would be met either that way or it would be the last time I played Monterey. That song is, unfortunately, relevant today. It’s a really powerful piece.”

There’s a conceptual idea behind Cry, Amendola says. “The whole idea is that there are so many different uses of that word: sadness, joy, celebration, resistance. It’s such a heavy word, and I feel that’s what the record is about, all those different elements.”