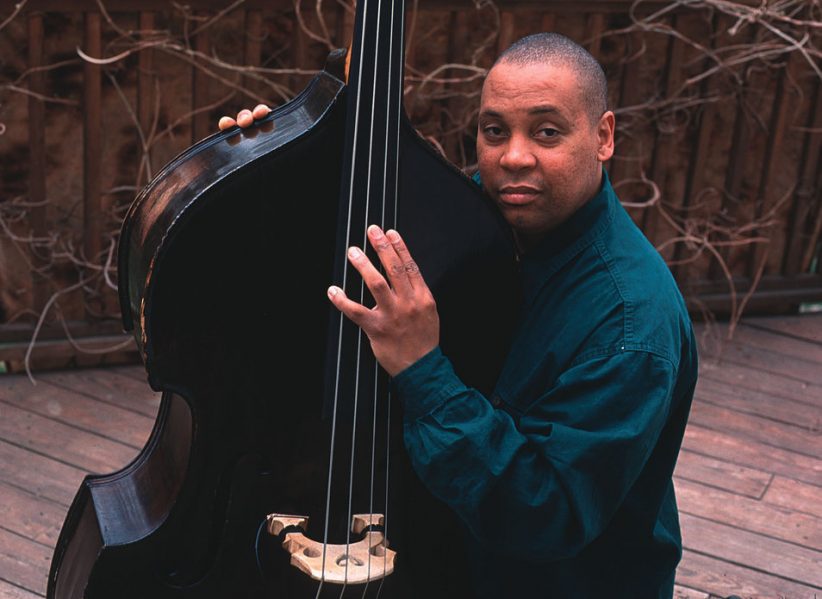 One night after a gig, violinist Miri Ben-Ari turned to bandleader Santi Debriano and remarked, “You know, I already know 49 of your tunes.” It struck Debriano then how his composerly instincts over the years had generated an impressive body of work, which continues to grow with the original material on his latest, Artistic License (Savant).

“The bassists that I’ve always admired were all composers: Charles Mingus, Charlie Haden, Dave Holland, Miroslav Vitous, Stanley Clarke. I’ve always thought that was an important part of being a jazz musician,” says the Panamanian-born bassist/composer. “A few years ago I started to think about how could I bring some of these rhythms that I had grown up with in my parents house into some of the compositions that I was working on.”

“I’m trying to develop this idea of composition that can free the jazz performer up to express himself on an abstract level but at the same time represent that urgency that you find in African and Latin music,” says Debriano.

You can readily hear that combination of urgency and free expression on pieces like “Holiday,” “Tenor Pan Woogie” and the Brazilian-flavored romp “Trance Dance.” Debriano steps to the forefront with his impressive facility and deep tone on “Little Free Spirit Be” and the delicate “Brava,” which he says was partly informed by the band’s recent tour of Portugal and Spain, in which they immersed themselves in the joys of flamenco and fado. The freest strains on the record are heard on “Harmonious,” which he dedicates to “the New York jazz scene, which has nurtured me for so long.” He makes dramatic use of bowing at the tag of Richie Beirach’s crystalline, tango-flavored ballad “Leaving.” Debriano primarily plays an Austrian bass made at the turn of the century, but he also has a custom five-string electric upright (with a low B string) made by BSX, which he plays on “Liberty Road” on the new album.

And on a lovely rendition of “Little Church,” Debriano pays homage to an idol of his youth, Miles Davis. “That’s one of the nicest ballads I’ve ever come across,” he says of that Hermeto Pascoal composition that originally appeared on Davis’ Live-Evil. “I always loved that tune. I heard that when I was in college in the ’70s and I was just blown away by the setting of the piece, how calm it is. Miles always had this reputation of being a turbulent person and angular in his playing with the wah-wah and everything. But that piece has sort of a calm center to it, and I’ve always loved it for that reason.

Debriano’s family moved to New York City in 1958 when he was four years old. His father, Alonso Wilson Debriano, was a pianist and composer himself back in Panama. “My father and his contemporaries looked to Cuba for their inspiration,” he says, “but they were also mixing that Afro-Cuban thing with the sounds of Dizzy Gillespie and Charlie Parker.” Debriano began playing bass and guitar at the age of nine and benefited greatly from a special music and arts program offered at the time by the New York Public School System. After completing high school, he studied composition with composer/conductor Edgar Curtis at Union College, majored in bass violin under Tiny Martin and Miroslav Vitous at the New England Conservatory of Music and completed his master’s degree in ethnomusicology at Wesleyan University under Anthony Braxton and Dr. Stephen Gregory. Debriano kicked off his professional career with a four-year stint as a member of the Archie Shepp Quartet, and then moved to Paris, where he worked with the Sam Rivers Trio for three years.

In the ’80s, Debriano became a fixture on the New York scene, performing with the likes of pianists Kirk Lightsey, Randy Weston, Ahmad Jamal and Kenny Barron, saxophonists Gary Bartz, Sonny Fortune, Charlie Rouse and Chico Freeman, drummers Elvin Jones, Roy Haynes and Pete (La Roca) Sims. Since the ’90s, Debriano has been a talented leader in his own right, which Artistic License makes abundantly clear.