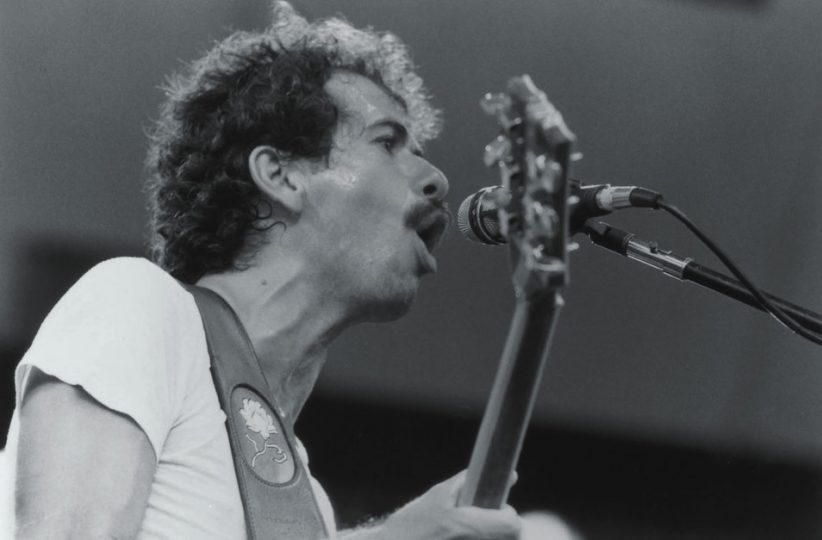 I rarely ever play my copy of Carlos Santana’s pop masterpiece Supernatural. I am proudly an old Santana guy. Label me a “Black Magic Woman,” “Evil Ways” and “Tell Me Are You Tired” type. Columbia must have heard me whining about Carlos’ rise to pop superstardom as the label has just remastered and rereleased four of his older records: Caravanserai, Love Devotion Surrender, Welcome and Moonflower (Columbia/Legacy). These albums are all special individual achievements, and they feature pure Carlos Santana in all his glory, full of experimentation. Some of this forages into the world of jazz fusion, but much of the music here is simply the kind of eclectic sounds Carlos Santana has perfected his entire career-what I like to call music of the Americas. It is all here: screaming solos, passionate vocals, sacred rhythms, the blues, the Spanish tinge, rock ‘n’ roll and Afro-Latin beats. Yet Carlos Santana is in a different sphere on each album, taking extraordinary chances each time out.

The largely instrumental Caravanserai, from 1972, is the first album from the guitarist after he dissolved his band from the popular albums Santana, Abraxas and Santana III, and he wasn’t looking back. Joining up with keyboardist Tom Coster, Santana was seeking the outer reaches of the soul with songs like “Just in Time to See the Sun” and “All the Love of the Universe.” The album mixes rock, jazz and salsa with tracks such as “Eternal Caravan of Reincarnation,” “Stone Flower” and “La Fuente del Ritmo,” but you can tell that Santana is itching to stretch out and stay there for a while.

Also recorded in 1972, Love Devotion Surrender does go out, basking in the magnificence of John Coltrane. Santana brings along his friend and fellow guitarist Mahavishnu John McLaughlin as well as drummers Billy Cobham and Jan Hammer (yes, him), percussionists Armando Peraza and James Mingo Lewis and organist Larry Young, among others. Daringly, on the leadoff track, Santana and his crew try to find their collective voice on Trane’s “A Love Supreme.” It is a bold reading of the most classic of jazz spirituals. On “Naima,” another Coltrane classic, the easy connection between jazz and bossa nova is as clear as ever. Luckily, there are two takes of this track, and this rather interesting interpretation of one of Trane’s greatest compositions is equally pleasing both times. Meanwhile, “Let Us Go Into the House of the Lord” is screamingly intense, with McLaughlin sounding particularly taken by the spirit (this album was influenced by the guitarists’ studies with Indian guru Sri Chinmoy, which is reflected in the other song titles: “The Life Devine” and “Meditation”).

Welcome, recorded in 1973, is probably the album with the closest links to pure fusion, and it includes takes on Coltrane’s “Welcome” and McLaughlin’s “Flame-Sky.” It also includes the song “Love, Devotion, and Surrender,” which reflects the spirit of America’s peace-and-love period. The guitarist added singer Leon Thomas, who brought out the band’s blues side, and expanded Santana to an octet. Groups like Earth Wind & Fire pushed a similar sound at the time with broad, feel-good harmonies, heavy percussion and, most important, a concern for humanity. “Mother Africa” and “Samba de Sausalito” are the best pieces here, where the percussion assumes the lead-as it frequently does in Santana’s world.

Finally, there is 1977’s Moonflower where you will receive the familiar Carlos Santana. Moonflower comprises tracks recorded live in London, such as “Black Magic Woman,” “Europa” and “Carnaval” (one of those little-known numbers full of energy that is perfect for concerts) along with some studio cuts, including a cover of the Zombies’ “She’s Not There” that became one of the band’s last major hits before several songs from Supernatural swept across the charts.