Skip to content
Become a member and get exclusive access to articles, live sessions and more!
Start Your Free Trial
Home > JT Archives > Roy Haynes: Get in the Game 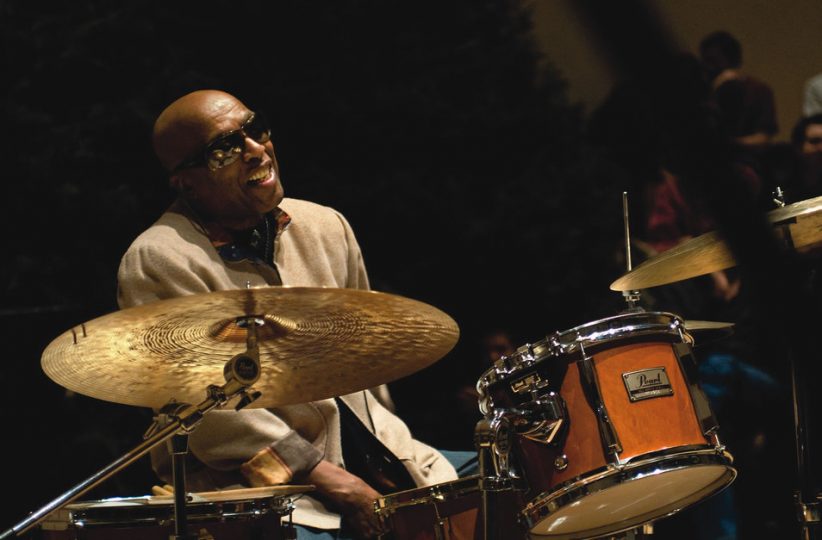 It’s a safe assumption most video-gamers have never heard of Roy Haynes, and it’s an even safer assumption that those gamers don’t throw on jazz classics like “Snap Crackle” when shooting down their virtual foes. All of that has changed with Grand Theft Auto 4, already one of the most popular video games of all time.

In the fourth installment of the wildly popular game, released by Rockstar Games in March, gamers play as protagonist Niko Bellic, an Eastern European immigrant who arrives in the fictional Liberty City (modeled closely on New York City) on a dangerous mission of revenge. The game is celebrated for its exceptional attention to detail and fluid gameplay, while being both lauded and vilified for its gritty and superfluous violence. Love it or hate it, however, it is impossible to deny the game’s extraordinary appeal, shattering sales records and selling more than six million copies to date.

“Duke, Basie, Miles, Trane, Sonny Rollins, are you kiddin’ me?” Haynes says, “That’s cut out for Haynes! They picked ’em, man! They even got one Chet Baker on there. I like the way he sings, you know, gets a good sound. They picked good material. So the youngsters are going to check that out in the game, you know, and that’ll be cool.”

While the 83-year-old drummer may not be much of a gamer himself, he was familiar with the successful gaming franchise. “I had heard a little about the game before. I got young people in my family that were hip to it. I have grandchildren and great-grandchildren. One of my granddaughters was over here a couple of days ago, and they gave me a few copies, so I gave her one. Man, she was so excited!”

Haynes’ grandchildren aren’t the only ones surprised that he’s featured so prominently in the game. “There’s a lot of talk about it every place I go now,” he explains. “They say, ‘Wow, you’re hooked up with the game.’ Even the guys in my band. But they wanted me for this particular thing, man! As I understand there’s a couple of brothers out there in London, and their father was hip to Roy Haynes.”

Those brothers are Rockstar Games’ co-founders Sam and Dan Houser. Their father, Walter Houser, was a part-owner of London’s seminal jazz club Ronnie Scott’s, where the brothers were exposed to jazz stars throughout their youths.

As a result, Haynes’ virtual station isn’t the only one JazzTimes readers will dig. Femi Kuti delivers Afrobeat classics on the station IF 99: International Funk, and Roy Ayers spins cuts from Billy Cobham, David Axelrod and Grover Washington Jr. on Fusion FM. While a heavy-jazz soundtrack may not be distraction enough from the lifelike violence and destruction that has made Grand Theft Auto so popular, gunning down opponents to a bebop beat will at least be a nice change of pace.

“It’s a wild game,” Haynes reminds us. “Lot of crap going on, and even the name itself, Grand Theft Auto. Evidently that’s where the world is going. Not that I’m into all that.”