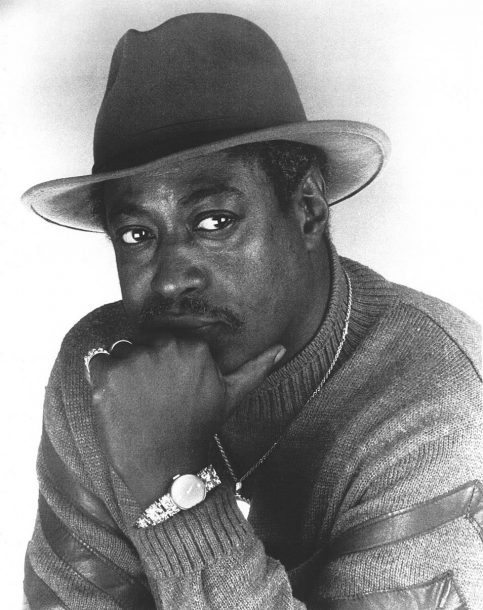 While Pittsburgh has scrubbed up and morphed into a high-tech center, it’s still a town inexorably dressed in the sturdy steel gown of its industrial past. The blue-collar roots of Steel City means that it has always been a fertile town for jazz talent-from Earl “Fatha” Hines to Art Blakey to Ahmad Jamal to George Benson to Jeff “Tain” Watts.

One of Pittsburgh’s sturdiest representatives is a man of steel pulse at the drums, a man who remains a propulsive force at the tubs, a man known around the town’s jazz haunts as “Dad.”

“They gave me the nickname, I guess, because they respect me for my knowledge,” the always nattily dressed Roger Humphries modestly shrugs. Humphries describes himself as being “from the old school. No jeans man, I might even wear dress pants to mow the lawn. I still dress like a musician,” he asserts. “I like to be slick.”

After touring the world first with fellow Pittsburgher Stanley Turrentine and organist Shirley Scott, then later with Horace Silver, Ray Charles, Richard “Groove” Holmes, Willis Jackson and a host of other cookers, Humphries grew tired of the road and resettled in the ‘Burgh. “I wasn’t comfortable with the separation from my wife and kids,” says the dedicated family man. “I knew I had to be able to play the music, but I didn’t want to leave that gap between me and my kids. [On the road] some guys didn’t have that close relationship with their families, but I just couldn’t live with that. My son and daughter being raised by everybody else and daddy’s a superstar-it didn’t fit with me because I come from a close family. I came back to Pittsburgh in 1969; been there ever since.”

It’s not surprising to hear, then, that family man Humphries has two drummers among his kin: his son, Roger Jr., and nephew Greg Humphries. “It must be in the blood, or maybe in the water,” he chuckles.

Since coming off the road for good in 1980-“The last tour I did was with Groove Holmes and Willis Jackson”-Humphries, 59, has been teaching at the Pittsburgh High School for the Creative and Performing Arts. There’s pride in his voice when he talks of his 23-year tenure at the center located in Pittsburgh’s historic Homewood inner-city neighborhood. Humphries also teaches at the Manchester Craftsmen’s Guild, Pittsburgh’s vanguard training and jazz production and concert facility. “I get a chance to mentor a lot of young kids. I’m just trying to share my knowledge. I drum into my students that, man, you’ve got to open your brain up and not be afraid to make mistakes-and learn to read [music],” he emphasizes with a pragmatic mentor’s tone, “because that way you can interpret other people’s feelings about the rhythm. I’ve been blessed in my lifetime because I can hear you play something and put myself into it and make it work, and also enhance it.”

Humphries’ knowledge is hard-earned, gathered on bandstands ranging from Ray Charles’ big bands to the Horace Silver Quintet during one of the legendary pianist’s most fertile periods. During his days with Silver’s quintet, Humphries first showcased his drumming mettle for the broader jazz public, traveling with the pianist from 1964 to 1968 and recording such classic albums as Song for My Father, The Cape Verdean Blues and The Jody Grind. Zero in on such Silver tunes as “Que Pasa,” “Song for My Father,” “The African Queen” or “Grease Piece,” and dig the sheer explosiveness, dynamic range and fluid drive of Humphries on the traps. “That was a great experience being with Horace Silver, and Joe Henderson, Carmell Jones, Teddy Smith-and then later came Woody Shaw, Larry Ridley and Tyrone Washington,” Humphries says. “That was one of my greatest experiences because it taught me how to be a bandleader, how to create the music to make it exciting, with dynamics, how to get people’s attention. The Song for My Father date was my favorite simply because that was my first date with Horace and it was so full of energy-just like it was on the others.”

Recalling his days with Silver, Humphries laughs, “I remember one time we were playing a tune, I thought I was right, and I was saying, ‘Hey, man, what’s happened to the tempo?’ [Horace] looked at me and said, ‘Man, you messed up the tempo!’ The drummer is always gonna get blamed, no matter how hard you try!

“But he was such a teacher he never put that in your face. It made me know how to be flexible, that I could go any way, any given time, and I could be flexible. As a leader [Horace] taught me a lot and he was a beautiful guy. I was very young [21] when I joined the band, but I got so many good things to help teach me how to be a mentor. When I first went to New York and did the audition I hung out with Horace and stayed at his crib for a week. He would describe the different things he wanted-‘Now I want some Art Blakey, some Max Roach, why don’t you try tippin’ on that tune’-that kinda thing. I was fortunate enough to work with Horace Silver and be inspired by Art Blakey and Max Roach-they were my mentors. They’d come to Crawfords Grill,” Pittsburgh’s most famous enduring jazz club, and “I would sit up there and watch them play; then they would have me get up on the bandstand and make me play.

“That’s the relationship you should have with students; they can’t just watch you, you’ve gotta put them on the field to see if they can handle it by themselves. This is why I’m fortunate to be in Pittsburgh; I work at a place every Tuesday night called James Street Tavern, with my quintet. The students that I teach, I tell them you can’t just take a lesson from me, you’ve gotta apply it with the [quintet],” Humphries insists. “How else are you going to learn? That’s how I learned.”

Yet another trial by fire opportunity for Humphries’ students comes through sitting in with his weekly big band, at a joint called Dowe’s on 9th. “We’ve been there for more than two years now, every Wednesday night,” says the industrious Humphries.

Though he professes to listen to “the young cats,” and music his students turn him on to, Humphries says he gets the greatest pleasure from the sounds he came up with. “I keep hearing some of the old stuff. That stuff was swinging so hard that it’s not old-like Coltrane’s ‘Giant Steps’ or ‘My Favorite Things.’ Just this morning I was listening to Herbie Hancock with Freddie [Hubbard],” he enthuses. “Miles’ ‘My Funny Valentine’ recorded in Europe was so beautifully orchestrated. Sometimes the young cats are still experimenting, getting their thing together, but when I want to hear some real swinging, I go back to what we were doing back in the ’60s.”

Catch the man in the Steel City and you’ll likely be warmed by that fire and incandescent swing, still thoroughly modern, still Roger Humphries, as good as it gets.

Sticks: 5As (no endorsement; prefers not to name the company)