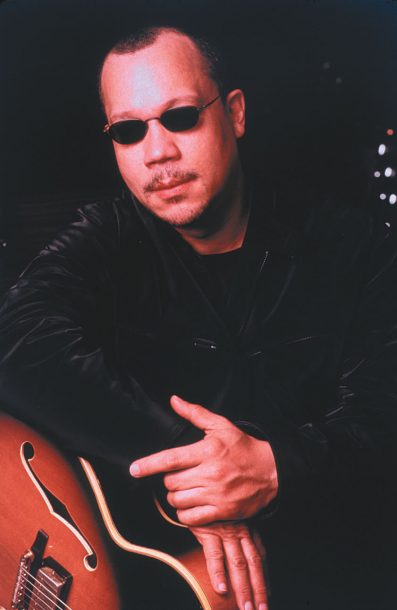 Guitarist Rodney Jones once played with J.B.s, but now he’s with the McDLTs. Forget what you’re thinking. Jones, well-known on the New York scene as a go-to man for jazz, funk and R&B, hasn’t locked himself away sucking down a personal stockpile of McDonald’s now-retired bacon, lettuce and tomato sandwich. He’s not that hungry, but he is just hungry enough to have taken a job with John McDaniels and the McDLTs, the band America sees every weekday on the Rosie O’Donnell Show.

Before TV, Jones gained experience playing in the bands of Dizzy Gillespie and folk mainstay Pete Seeger, recording with Chico Hamilton, cutting albums for Muse, Impulse! and Music Masters, and serving as Lena Horne’s musical director. Impressive credentials, but what got Jones the job with Rosie was his familiarity with show tunes. Rosie loves show tunes, and because many of the jazz standards Jones cut his teeth on are drawn straight from the theater, he was just what Rosie was looking for: a made-to-order McDLT. But playing in and out of commercial breaks is just a day job, and like the dual-compartment foam container that kept the McDLT’s sizzling-hot beef patty quarantined from its ice-cold toppings, Jones successfully manages to separate his Rosie gig from his recording career. “There are two aspects of my career,” explains Jones. “There’s art and then there’s craft, and the Rosie show is craft. It requires a different set of skills and abilities that don’t have much to do with making musical art.”

Rodgers and Hammerstein don’t show up on Soul Manifesto, Jones’ second album for Blue Note. Featuring a lineup of both soul-jazz pioneers (altoist Maceo Parker and organist Dr. Lonnie Smith) and contemporary postboppers (altoist Arthur Blythe, bassist Lonnie Plaxico and drummer Idris Muhammed), the album mixes hypnotic funk grooves with jazz virtuosity. “To only do grooves and to only do it funky would deny all the jazz work I spent a lifetime trying to learn how to play,” says Jones, who spends a good portion of the album’s nine tracks milking the fretboard for leads while his band mates hold down the groove. Jones doesn’t bogart every solo opportunity, however; the other players all get their chance to write chapters in the Manifesto, Parker and Smith most convincingly. Soul Manifesto comes out in late August, with a tour to follow in the fall. Until then, you can catch Jones five days a week on the ultimate American tour: syndicated television. Check your local listings.