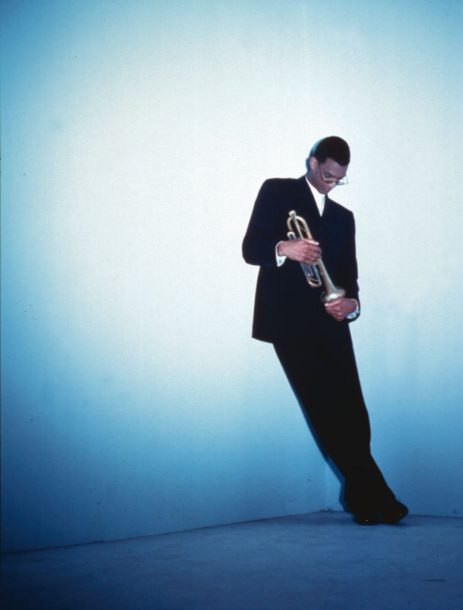 Rod McGaha modestly calls himself a “student of the music,” a player who is even unsure about calling himself a jazz musician. But as a trumpeter, composer, lyricist, producer, and even vocalist, McGaha has no reason to doubt his credentials. Inspired and coached by Clark Terry, his first major influence, and now playing with legendary drummer Max Roach, McGaha is using his many past experiences to bring a fresh approach to the music he creates.

Exhibit A is his latest release on the Compass label, Preacherman, produced by Delfeayo Marsalis and featuring Chris Brown on drums, Roger Spencer on bass, and Lori Mechem on piano. It’s McGaha’s first release since his alternative hip-hop title, The Servant, and he takes an obvious liking to the traditional jazz quartet sound.

“I’m really not sure what the definition of jazz is,” says McGaha, who grew up with the Jackson Five, Sly Stone, and even did some country gigs. “I’ve gotten into discussions with Max Roach, and he doesn’t even call the music jazz. He says he plays the music of Ellington, Ornette Coleman, Monk, or whom-ever. I know the music we made is jazz, though, and it’ll be in the jazz bins-so that’s what it is!”

The new release has McGaha doing some tunes reminiscent of older Jimmy Smith and Herbie Hancock material. “I think that people who are into that kind of music will want this record,” he says. “It’s not a deep project with heavy tunes. I come from a slightly different direction than some other trumpet players; I’m just being myself. I come from Chicago, a heavy blues town, with a heavy groove and soul thing. That’s where I’m coming from.”

Composing is also key for McGaha, who enjoys writing for the specific musical personalities in his group. “Music is spiritual,” he adds. “I have deep influences in gospel and I love the service and the order in the sanctified church. I love that stuff. I may not have the knowledge to expound on things, but I know what I enjoy.”