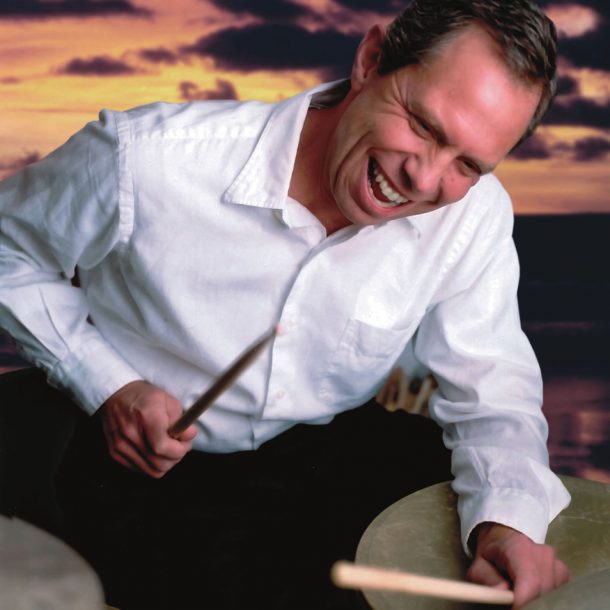 Bluegrass passes for alternative music in central Virginia, and you can find a blues-rock band in the wheel-well of every other pickup truck. But even though drummer Robert Jospe traded his New York City address for a house at the end of a dirt road here more than 20 years ago, he still hasn’t lost his taste for percussion-driven, big-beat jazz.

“I know that just keeping things grooving will draw people into the music,” Jospe says. “Percussion has always attracted people as does music where people can follow form of the tune. That’s just another part of communicating to the audience.”

Jospe’s music is just as clear and solidly constructed as his comments suggest. His band, Inner Rhythm, mixes classically structured hard bop and brawny horn solos with a rich foundation of Afro-Cuban rhythms. His previous recordings, Blue Blaze and Time to Play (both on his own Inner Rhythm label), helped Jospe and his band chip away at their regional status, and Jospe hopes for even more notice with the release of Hands On (Random Chance), a CD that features mostly original tunes but still retains the classic, compact sound of its predecessors.

“That hard-bop sound, that’s where we’re coming from,” Jospe says. “I love that Blakey sound, that Horace Silver sound, the Blue Note sound.” That sound finds its expression on Hands On in the Kenny Dorham-style Latinate originals, pianist Bob Hallahan’s streamlined harmonies and the presence of the Messengers-like front line of trumpeter John D’Earth and saxophonist Jeff Decker. Jospe certainly leads from behind with a pronounced beat, though not Blakey bombs or press rolls. He and percussionist Kevin Davis juggle a constant and heavily foregrounded beat rooted in Latin music and frequently bulk these up with rock rhythms.

“I wanted to keep the Latin direction going and some of this fusion direction going because I love to play that stuff,” Jospe says. “Kevin [Davis] and I have played that style of music for 15 years together and people like it. You can improvise in a loose way over that Latin feel-it’s almost like a jazz feel-a swing thing. You can cross a lot of lines with it.”