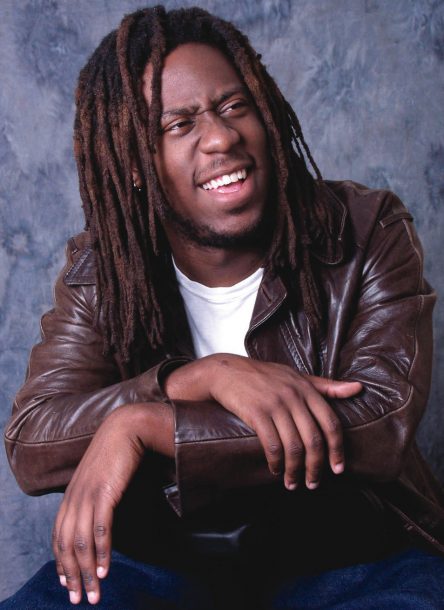 Pianist Robert Glasper missed his soundcheck at B.B. King’s nightclub for the vocalist he regularly plays with, the neosoul crooner Bilal. He was just too busy getting ready to go to Japan for a tour with drummer Donald Edwards and bassist Darryl Hall, and then head to France and Spain with his own trio. “I have to put my clothes in the cleaners, go pick up my visa from the Japanese consulate-all that kid of stuff,” Glasper says with a sigh.

Not that Bilal will mind Glasper playing hooky. The two have been buddies ever since they met in the 1990s at Manhattan’s New School University. “We’d go everywhere together, to jazz clubs, sit in,” Glasper says. “He’s totally a jazz musician, that cat.”

You can hear it in Bilal’s ethereal croon on two tracks from Glasper’s first CD, Mood (Fresh Sound New Talent). You can also hear Bilal sing on saxophonist John Ellis’ Roots, Branches and Leaves (same label; he also appears on Mood) and on pianist Orrin Evans’ forthcoming CD on Palmetto. “Everybody’s coping my idea; everybody wants to use Bilal now,” Glasper laughs, deep and hearty.

It’s not surprising Glasper hears vocals in his music; his mother was a singer, and gospel music was a big influence on the 24-year-old from Houston. Among instrumentalists, Glasper says, “I listened to a lot of Keith Jarrett. Bill Evans is cool, but he’s not one of my heroes. Keith is definitely one of my cats. Mulgrew Miller is a killer; he’s one of my favorites.”

“I was playing ‘Maiden Voyage’ one day,” Glasper says, “then I listened to Kid A, went back to my piano, played ‘Maiden Voyage’ again, and I just came up with the arrangement right there.”

Bilal’s vocals sound like a glossolalia version of Thom Yorke’s passionate and high-pitched style-but the soul singer isn’t on the track to evoke Radiohead’s leader. “The way I did it with my old arrangement was with three horns, harmonized. Then when I changed the arrangement, I knew I wanted Bilal on the record, and it didn’t really sound right with the horns on it. While I was sitting around playing it at my house I would sing the [horn] melody.”

Singing the melody is something you can often do with Glasper’s music. “I guess it is the singer inside of me; I’m singing through the piano,” he says. Glasper’s clean, open, delicate playing style showcases his free-flowing lines-“I try to work on my technique as much as possible, so when I want to do something I can”-and it allows plenty of room for bassist Robert Hurst and drummer Damion Reid (the three also teamed up on the bassist’s Unrehurst).

Of Mood’s nine tunes, six are Glasper originals. “I’ve written a shitload of tunes since I recorded the album [2002]. I get sick of my own songs really fast.” In addition to “Maiden Voyage,” the trio takes on Dietz and Schwartz’s “Alone Together” and a richly reharmonized “Blue Skies”-which Glasper learned from a TV commercial. “When I first moved to New York, they had a soap-detergent commercial that played ‘Blue Skies.’ Me and my ex-girlfriend were always singing that song. One day I was singing it at the New School, and someone said, ‘Oh yeah, that’s a bad tune.’ I said, ‘Oh, shit. That’s a jazz tune?'”

He revisits Irving Berlin’s “Blue Skies” melody for the brief, hip-hop-flavored “Interlude,” where he also plays around with frequencies in the mix. He didn’t put a hip-hop section in the middle of “Blue Skies” because he didn’t think it would work, but Glasper admits that he wanted to represent his generation’s music somewhere on the CD.

In addition to recording with Bilal (whose new CD is scheduled for spring) and playing the electric keys on Terence Blanchard’s Bounce (Blue Note), Glasper has made appearances on Fresh Sound CDs by his fellow former New Schoolers Marcus Strickland (Brotherhood; At Last) and Jeremy Pelt (Profile), two of the most promising young players around. Add Glasper to that list.

The pianist says, “I did the album on Fresh Sound kind of like a business card, to have a CD out.”

Glasper should get used to passing out his card; he’s going to be in much demand-if he can find the time to play music between trips to the cleaners.