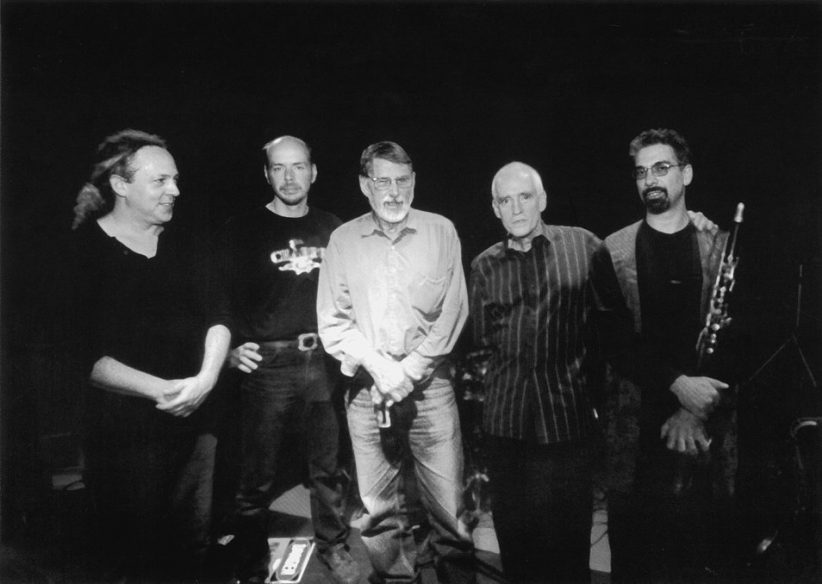 In the 1950s, Robert Creeley was known as one of the “Rebel Poets of the 1950s,” with Allen Ginsberg and the like. Creeley is also a jazz poet. He has long listened to jazz and has been influenced by its rhythms and cadences. Creeley’s latest spoken-word and music album, Have We Told You All We’d Thought to Know? (Cuneiform), is a collaboration with bassist Steve Swallow, guitarist David Torn, saxophonist/clarinetist David Cast and drummer Chris Massey.

JazzTimes: You’ve said that jazz influences the rhythms of your poems. Does the influence manifest itself more in your text or your out-loud reading of that text?

What I was trying to make clear was that jazz gave me a model for rhythmic patterns and possibilities finally more useful than what I was getting from the usual 1940s models of what was supposed to be good poetry. A lot of it was, in fact, terrific-[William Carlos] Williams, [Ezra] Pound, [Wallace] Stevens-but none, with the exception of Williams, came close to the way I’d say or write things.

It was the phrasing, the cadence, that most occupied me. Something as simple as a “backbeat” was curiously outside the usual concerns of poetry. Everyone was talking about “meaning,” or “figures of speech,” “ambiguity,” etc. I was interested, literally, in sound and rhythm, no matter what I then thought about it or even knew. I listened to the classic records of the period-all the stuff coming up to bebop and then the great initial releases circa 1945 of Charlie Parker, Dizzy Gillespie, [big] bands like Tadd Dameron and Boyd Raeburn, singers like Sarah Vaughn. I’d track, not didactically, as with a ruler, but intuitively, “by ear,” as poet friend Charles Olson put it, all those shifts and changes, all built usually on the most simple of melodic lines. I wish some poet then had been doing with “Mary Had a Little Lamb” what Bird was doing with “I’ve Got Rhythm”!

JazzTimes: Why do you think it is so important for poetry to be heard, not just read?

For me poetry is, like music, a “form cut in time,” an art that depends on a sequence of sounds, having a rhythmic thread. I hear poetry-and far more to me than what it may mean otherwise is the sound that it makes. In fact, its physical sound and rhythm are for me an integral part of its meaning. I know there are many kinds of poetry-and that concrete poetry, for one, is there to be seen, not heard. But mine is based on a poetics, which my great elder, Louis Zukofsky, put as a function: “upper limit music, lower limit speech.” So one wants people to hear it, how it sounds, the same way someone composing wants people to hear it, not just read the score. Neither text nor score by itself is poetry or music.

JazzTimes: Why do you think more writers don’t do music-poetry concerts like you do? Do you wonder if some writers think reading poetry to music anachronistic (i.e., the beat ’50s, the hippie ’60s)?

Some people did interesting things in the ’50s, Jack Kerouac, for one-and I think also of Patchen working with Al Neil, at that point a jazz pianist who had worked in the Vancouver, B.C. post office, etc. The usual dilemma was to get any real join between the poetry as such and the music. Too often they just ran alongside without much point. Well, I sure wish I could sing my poems like Sheila Jordan does on [Swallow’s 1979 ECM release] Home-it would save us all a lot of time. I think the musicians are legitimately wary of what the poet thinks they either do or should. They have their own “voices,” and that is for me what jazz is able to do, talk as one might with words. So unless one can get with that, hear it, and take a place, it’s just a useless contest and irritation.

It really isn’t a question of “reading poetry to music” but of making the poetry, the voice speaking it, take a place with the other instruments. One of the greatest compliments I’ve ever got in this respect is Steve Swallow saying, after he’d heard [Have We Told You All We’d Thought to Know?], “You’re one of the best damn horn players I ever played with.” I can die happy!