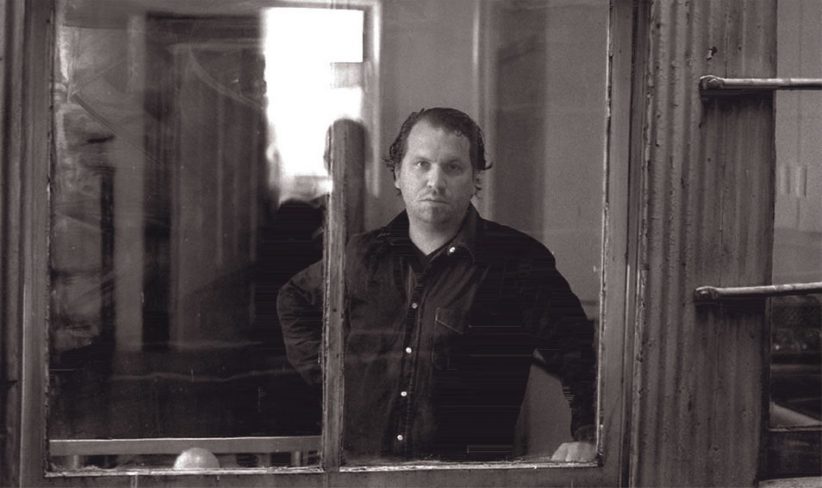 Rob Mazurek is now “isolated,” he says. Typically a collaborator, the 36-year-old cornetist, electronica artist and painter recently relocated to Brazil to be with his wife, Roselis. But in typical Mazurek fashion, he’s only found an upside: “Mostly, I get to paint more, and the whole visual thing is becoming more of a prevalent influence.”

Mazurek paints in an abstract modernist style and prefers to “approach sound as blocks of color, which has potential to move forward or fold in on itself. I’ve been on this thing about nonlinear ways of thinking about sound generation. Jazz playing is extremely linear.”

While Mazurek has been the driving force behind a wave of insurgent Chicago jazz with the various configurations of the Chicago Underground and neofusion group Isotope 217, he eschews the title “jazz musician.” With two recent, mostly solo releases under his own name, Silver Spines (Delmark) and Amorphic Winged (Walking Road), and the Chicago Underground Duo’s Axis & Alignment (Thrill Jockey), Mazurek is closer to bringing an abstract painterly approach to his music, considering his cornet simply “a different oscillating instrument. I’m a fucking sound explorer here,” he laughs.

For Silver Spines, his first true solo outing, Mazurek and engineer Casey Rice worked with cornet, Moog, laptop and tubular bells for three studio days. Mazurek aimed for “bursts of frequencies rather than traditional jazz harmonics” on the album, and the result is an often-shifting sonic collage that’s inspired, he says, by urban living and Brazilian modernist painting. The electronic-oriented Amorphic Winged is atmospheric, too, often beautiful and inspired by “the ideas of minimalism,” Mazurek says. Tunes such as “The Shaping Light” have repeating sounds that crisscross one another like passing clouds. The dense and adventurous Axis & Alignment finds Mazurek and percussionist Chad Taylor incorporating dancing rhythms into their arsenal of sounds, but “Lifelines” showcases the duo’s ability to work over a jazz theme, with the cornetist soloing assertively.

Mazurek was a different jazz animal once, one not given to blurting on Moogs. “I did like to play straightahead jazz for a long time,” he says. Mazurek grew up in the Chicago ‘burbs, began the cornet at 10, heard Miles Davis’ Kind of Blue at school at 13 and in 1980 bought every LP with a cool cover he could get his hands on, such as Bitches Brew, Art Ensemble’s Urban Bushmen and Ornette Coleman’s The Shape of Jazz to Come. By 17, Mazurek was studying with David Bloom, listening to Blue Note LPs, Coltrane records and others even as he wrapped his mind around Bartók and Stravinsky scores with composer Easley Blackwood. In 1989, Mazurek even scored a multipart dance piece that was performed by the Cleveland Symphony. “I didn’t go to college but I studied with these heavy teachers,” he says. “I could have gone a lot further.”

Rather than getting more formal education, Mazurek immersed himself in performance, playing hard bop in Chicago clubs such as Blondie’s, Manhattan’s and Pops for Champagne. But he soon found all that gigging unfulfilling. Hanging with new-in-town guitarist Jeff Parker (now also of postrock experimenters Tortoise), Mazurek was reintroduced to the ’70s-era Miles and Art Ensemble music he loved. Eventually, Mazurek, Parker and drummer Chad Taylor’s jam sessions at the Green Mill evolved into the Chicago Underground Orchestra. It would be a few more years until avant-gardists Jim O’Rourke and John McEntire turned him on to minimalist composer Morton Feldman, but his conversion to “sound shaper” had already begun.

By the time Chicago Underground was ready to record 1998’s Playground (Delmark), which was released under the cornetist’s name, Mazurek was open to sonic possibilities outside of jazz. The band worked with producer Bundy Brown, who was then a member of Tortoise. “It was like being in a candy store,” Mazurek says of working in a studio tricked-out with the latest sonic gear, and he was blown away to “see what all the equipment does.” Since then he has taken the production and editing processes on his CDs to an extreme level, especially on the new discs. On Silver Spines’ opening track, “Moving Through and Back Again,” it sounds like there’s a gremlin in the CD player, precisely skipping around and rearranging the song. Everything from “tape-cutting to super up-to-date Max MSP sound manipulation” has been employed in his sound explorations, and these days Mazurek prefers to have “a total sound spectrum” at his disposal when making an album.

While Mazurek’s mind has traveled far from the jazz canon, he admits that his jazz studies still make appearances in his music. “Those influences will always be there,” he says, but, “I can’t listen to Miles anymore, I love his playing so much.” Instead, Mazurek has continued his abstract-sound studies, soaking up François Bayle’s musique concrete and the modern electronic music of Aphex Twin, Autechre, Pan Sonic and Kevin Drumm.

Mazurek doesn’t claim to be an out-and-out innovator, only that he’s “trying to get deeper into my own idea of feeling sound.” Like a man spooked by his own ideas, he testifies, “There are these vibrations; I swear I feel them.”