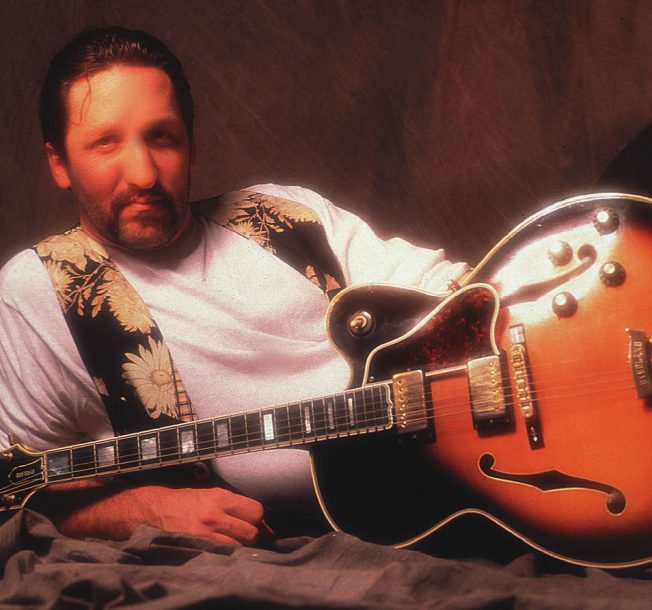 Guitarist Richard Smith has been in academia since his late teens, and now is a tenured professor at the University of Southern California, where he directs a doctoral program in guitar studies. He loves his double life of professor and performer, and his latest recording, First Kiss, on the Heads Up label, reveals yet another facet of this energetic and outspoken force on the New Adult Contemporary scene.

“On my previous recording, From My Window, released in 1994, I was still entrenched with making a recording in the Larry Carlton-Lee Ritenour tradition,” he said. “For this release, I had to go back to first base-to write from my heart, rather than for the guitar. I think that’s the major change in my approach on this recording.”

Besides the writing process, Smith is also concerned about an open-minded approach to music: ” The successful graduates from my program are those who are open to jazz, rock, blues and country, and realize that they are all legitimate and all work together. Musical boundaries are getting fuzzier.”

Smith’s inspirations, however, remain strongly rooted in Ritenour, Carlton and Pat Metheny schools, referring to them as the “three pillars of our technique in music,” even though, he notes, some of his students look upon these masters as “old jazz geezers” today.

Smith is in the New Adult Contemporary camp because it “has the harmonic and rhythmic structures necessary for me to express myself,” and, as a bonus, he’s pleased that smooth jazz stations have grown at a remarkable pace. “Contemporary has blossomed, and sales of 50,000 to 250,000 copies mean success. It’s substantially more than one could sell in the straightahead bins.”

The press has also gotten behind the contemporary sound, he said, and become more informed, a major factor in its burgeoning popularity in the United States. “But it really hasn’t started in Europe yet. It will happen, though, but for now they’re still looking to reinvent Charlie Parker and John Coltrane.”