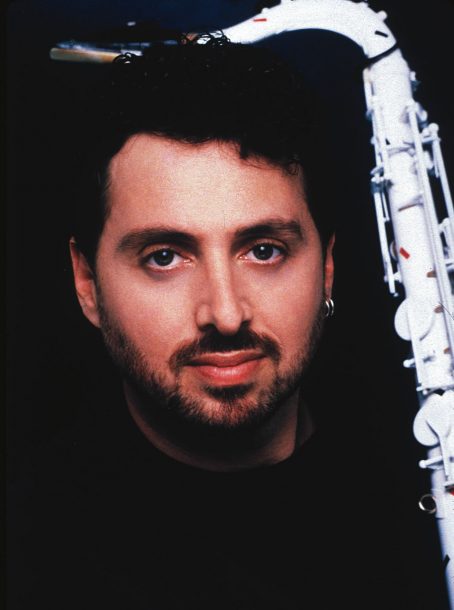 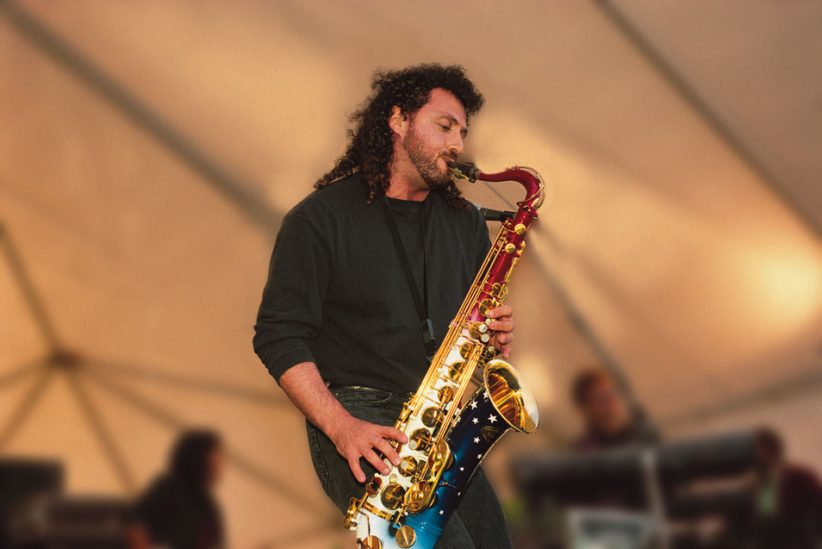 It was 1986 when saxman Richard Elliot stepped out with his first solo recording, Trolltown, after spending years in Los Angeles recording studios and working with such notables as Natalie Cole, the Yellowjackets and Tower of Power. Now he was in the spotlight, playing well but not totally confident that he could sustain himself in a solo career. That first recording sold about 5,000 copies and his second, Initial Approach, did three times better.

But 1989 was the highlight year-the turning point-when he released Take to the Skies, his fourth recording. That one, containing a remake of the tune “When a Man Loves a Woman,” took off like a skyrocket, selling more than 80,000 copies and putting Elliot’s name on the contemporary jazz map. “That tune took me from being a very obscure musician to one whom a few people in the genre began to recognize. When the sales got past 80,000, I was amazed.”

The best thing for Elliot about his success, however, was not recognition or even big bucks-well, maybe a little. It was freedom. “I felt I was set free because for the first time I knew that I could do this solo thing-that I could pull it off. Before this success, being a solo artist was just an experiment.”

The successes kept coming, and Elliot has now released recording number ten, Jumpin’ Off, on the Metro Blue label, and it’s one that he feels is a total departure for him.

“It’s a departure because it’s a pure instrumental R&B record; generally, my recordings have been kind of eclectic. This is the first time I’ve taken a focused approach on creating a common musical strain, and it’s been more satisfying than I ever realized. Generally, in the past, I thought that being eclectic would make me feel more fulfilled as a musician. I guess it was a case of creative paranoia. Sticking with R&B throughout was not only satisfying, but enjoyable.”

Elliot also says his new approach reflects changes in his life, including a divorce, which he recounts as being rough but necessary. “There’s a new person in my life now,” he said, “and, truly, every aspect of life-positive or negative-provides inspiration for an artist.”

Record producer Paul Brown is another major player here, with his background as an established R&B record producer. “I generally produce my own recordings,” said Elliot, “and using Paul as my producer was another way to make Jumpin’ Off different. Paul is very much into R&B and he makes no bones about it. As for me, it wasn’t much of a stretch, because my roots tend to be more in R&B than in jazz.”

Elliot, now 38, grew up listening to the Motown artists, but he was also listening to Dexter Gordon, who was the headliner at the first live jazz concert he ever saw when he was 16 and starting to take his music seriously: “Dexter was at a Concert by the Sea in Redondo Beach, and I was impressed when this big guy got on stage and blew his first note. The absolutely huge tone that came out of his horn was gorgeous. I knew at that moment that I wanted the same for myself.”

Although Dexter was an early influence, Elliot’s tastes were also honed by Queen, Led Zeppelin and Genesis, and the mixture of these and other influences led him to the more commercial side of the music. His favorite sax player is Kirk Whalum, with whom Elliot will tour this summer, and other influences are Tom Scott, Michael Brecker, Plas Johnson, and David Sanborn.

“I’m not one of those people who cut his or her teeth playing a less commercial type of music,” he said. “I never had to retrofit myself into something that was commercial so that I could sell records. The music I enjoy playing-by its very nature-was more commercial.”

Always into rhythm and blues, Elliot notes that it is more of an effort for him to play straightahead music. “I don’t consider myself to be anything close to a mainstream jazz musician,” he added. “In fact, it’s a purely subjective thing to call what I do jazz. It’s an interpretive thing. I am sure there are elements of jazz in my music, but there are also elements of many other genres. But jazz, by its nature, is made up of many elements. In my case, being able to sell records represents the freedom for me to be able to make the kind of music I want.”

Elliot put down the tenor and took to the soprano for three of the tunes on the new CD, an instrument he’s played for years, but records with only sporadically. “Doing three tunes on soprano was a stretch,” he said. “It was Paul Brown’s idea; we’d listen to the tunes and he’d be wondering how they’d sound on soprano. I tried it, and it worked.

“From then on, we’d try out both horns for each tune, and whichever worked best we’d use.”

Which made things a bit harder for Elliot, who states that one cannot look at a tune as both a soprano and a tenor player. “You have to focus, and if you do it playing soprano, you’re not a tenor player. And you can’t think like a tenor player. It was a bit difficult, but made the project more challenging for me.”

Three factors come into play when Elliot picks up his horn. He wants a gorgeous tone, not unlike that first note he heard from Dexter Gordon’s tenor at the tender age of 16. He also needs sincerity in his playing, and he’s hoping to establish his personal voice on the instrument.

“If I do a concert, my goal-at the very least and the worst-case scenario-is that a person would come out and say, ‘I really don’t like that guy, but he sure believes in the music he’s playing.’ Being a sincere performer is most important to me. Music doesn’t come from the brain, it comes from the heart or soul.”

As far as finding his voice is concerned, Elliot quotes Miles Davis: “The hardest thing for a musician to do is sound like himself.” That goal, he says, is subjective and usually the artist never knows if he or she has achieved that elusive quality. “You have to get that acknowledgment from the outside world. I certainly strive for it. I’ve been lucky enough to have people come to me and say that they heard one of my tunes on the radio and they knew it was me before the deejay said who it was. That’s the biggest compliment you can ever get!”

Today, Elliot is passionately involved with salsa music, noting that he’s not listening to anything with an English lyric: “I go to CD stores that specialize in Latin music and I don’t know what I’m buying. I look for compilations to get an overview of the music. Would I like to do a Latin record? Yes! But not Latin jazz. I want to do traditional salsa, and instead of having a lead vocal, I’d substitute the sax, but still maintaining the background vocals. It’s incredible music.”

For the future, Elliot hopes to perform at more concert gigs while continuing his recording successes and the freedom they generate. “To tell the truth, I love live gigs better than recording,” he said. “If I were forced to give up either live gigs or making records, I think the recordings would have to go. I just love the instant response from the audience. And live performing is a real catalyst for new material and a great inspiration.

“Recording is sterile; some people love it, I know, but not me. Maybe it’s because I’ve spent so much time playing in a studio. I’ve gotta have that live performance. I’ll do it for as long as I’m able.”