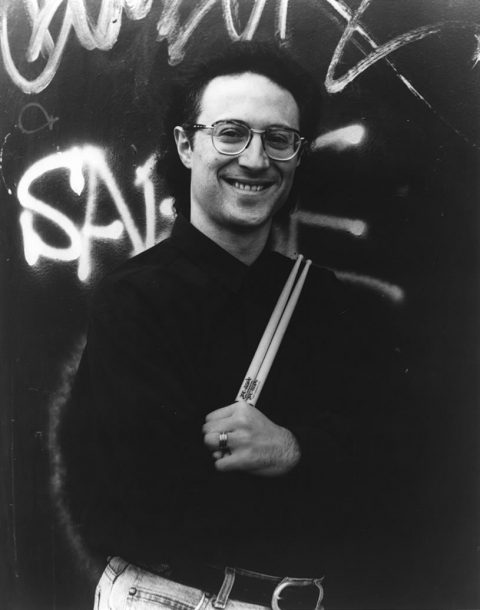 Drummer Reuben Hoch, perhaps best known for his work in the 1980s with the pioneering Israeli jazz group, Zaviot, has been leading his own group, the RH Factor, since 1994. With a repertoire centering on Hoch’s own compositions, the RH Factor plays muscular, electric jazz, strongly influenced by late-period Miles Davis. On both of the band’s albums, 1994’s Live in New York and 1995’s If I Only Knew (both on the German label Bellaphon), Hoch’s protean backbeat inspires shredding saxophone solos from former Davis sideman Dave Liebman.

Born in Brooklyn in 1959, Hoch played as a teenager with Jazz Messengers David Schnitter and Valery Ponomarev, before travelling to Israel in 1982 to attend medical school in Tel Aviv. Four years later he joined clarinetist Harlold Rubin, guitarist Tommy Bellman, and bassist Mark Smulian to form Zaviot, which played briefly on the international festival circuit before disbanding in 1988. Hoch returned to the U.S. to establish a medical practice in New York, where he stayed musically active in the late ’80s and early ’90s, recording with saxophonist Jim Pepper and bassist Lonnie Plaxico in the studio group West End Avenue. Two years ago, he moved with his family to Boca Raton, Florida.

Hoch’s dream project, which he hopes soon to realize, is a fusion band that would play jazz arrangements of Jewish liturgical music-not klezmer. “Klezmer is very upbeat and happy, very clarinet-based,” Hoch explains. “It’s a totally different animal. I’m focusing more on prayer-oriented music. Things that people hear in synagogues, and its just second nature to anybody who’s ever been in a synagogue. Even going back further, to some of the great Hasidic composers, and there were a good number of them.”