Skip to content
Become a member and get exclusive access to articles, live sessions and more!
Start Your Free Trial
Home > JT Archives > René Marie: Home Is Where the Heart Is 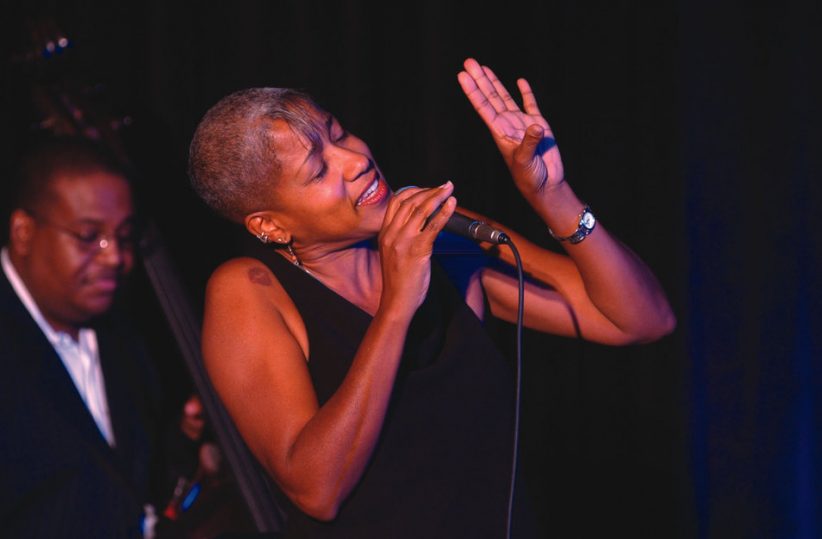 Following four highly regarded recordings for MaxJazz, vocalist René Marie independently released her new CD, Experiment in Truth, on May 26 without much fanfare. That same evening, Marie played at Charleston, South Carolina’s Spoleto Festival, her last gig on the road for the foreseeable future. While her notable success as a performer would have seemed improbable a decade ago-the 40-something divorced mother of two had just begun singing professionally-the idea that she would now give up everything she has strived for is surprising, to say the least.

Marie, however, thinks about these self-imposed changes not as the end of her career, but an important juncture that will make other new beginnings possible. Recently married and living happily in Denver, she’s longed for quiet, peaceful time, time to “stay put,” a need powerfully conveyed by her take on the Bob Seger classic “Turn the Page.” Time at home will hopefully translate into energy for fresh, unconventional projects that Marie has simmering on the backburner. In addition to plans for an ambitious one-woman show to open in Denver this fall, Marie recently released a single titled “This is (Not) a Protest Song” as a means of addressing homelessness. Recorded and produced at her own expense, 100 percent of the proceeds from its sale are being donated to homeless charities, including Colorado’s Coalition for the Homeless. The single can be ordered or downloaded from her Web site (renemarie.com).

No stranger to charitable work, the former Jehovah’s Witness has always made an effort to help others. “The way it looks from the outside is that we go door to door and talk about the Bible,” Marie explains, “but sometimes the people we would meet would be in dire straits. You got to know what was going on behind closed doors. You would meet abused women, neglected children, people with mental illnesses who didn’t know how to get help, people who were very sick, who had just lost their jobs, who were on the brink of homelessness. It was nothing for us to go to the store, get a bag of groceries and just give it to them, no strings attached. Whether or not they listened to the religious message, I always felt that I was making an impact in somebody’s life.”

“When I started singing,” she continues, “there was none of that. It’s all about me: my CD, my label, my itinerary and my MySpace.”

Even when Marie performed at benefit concerts, the experience did not feel particularly satisfying; she still had to accept some pay to cover travel and fees for her band members. Without much personal or sustained involvement in the charities for which she appeared, little distinguished these from her other gigs.

With the exception of post-Hurricane Katrina New Orleans, Marie points out that jazz musicians have done relatively little to address social issues since the heyday of the Civil Rights movement. “After the deaths of Nina Simone and Oscar Brown, Jr.,” she said, “I was like, damn, who is doing what they did? So I thought this is almost a protest song. In order to get it over, I’m going to call it ‘This is Not a Protest Song.’ Just in case people have issues about that.”

Marie’s connection to homelessness is a personal one. When she was nine years old, her mother left her abusive father. Wrenched away from four older siblings, Marie, a younger brother and her mother stayed with relatives until they could get back on their feet. Her older brother, a gifted painter who struggles with alcoholism, is currently homeless, as is her aunt, a singer in her 70s plagued by mental illness. The lyrics for Marie’s moving single are essentially autobiographical.

In New York for one last gig with Imani Winds in June to sing the music of Josephine Baker at the Apollo, Marie makes time for a special engagement. The crowd, a diverse group of women mostly in their 60s, ranges from enthusiastic to non-responsive. Through Music Kitchen/Food for the Soul, a small New York City-based non-profit that brings world class musicians to perform for shelter clients, Marie’s appearing at the Olivieri Center in midtown Manhattan, living out her experiments in truth, starting her own road home. “Hello, my name is René Marie,” she begins. “I want to thank you for letting me come into your space.”