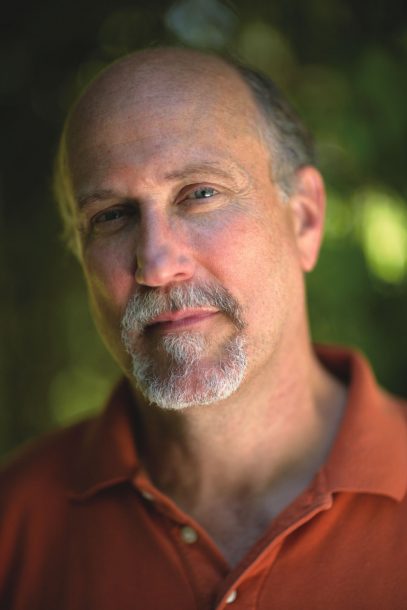 “Hey, come back here and see what this band is really about,” said the guitarist John Scofield in April, chuckling from the rear of the plush touring coach he occupies with his Piety Street Band. The group, which on this leg of its extensive tour includes Scofield, the singer and keyboardist Jon Cleary, bassist Donald Ramsey and drummer Ricky Fataar, is shuttling from a D.C. suburb to Baltimore, playing two workaday gigs sandwiched between heavier dates at B.B. King’s in New York City and Jazz Fest in New Orleans.

In the bus’ back lounge, the main attraction, courtesy of Cleary’s laptop, is a sketch from the short-lived British comedy show Big Train. It’s a hysterical clip, and pretty blue; maybe not the sort of programming you’d expect from two guys who contemplated salvation the night before with a set of terrifically soulful New Orleans-flavored gospel music.

Or maybe it is-this isn’t the Five Blind Boys, after all. At both mid-Atlantic gigs, the quartet takes classic American music, much of it traditional gospel, and tastefully converts it into something that might best be termed Scofield-ian: At the coda of the spiritual “Motherless Child,” an extended reggae jam features a backwards-looped guitar solo; on the Reverend James Cleveland’s “Something’s Got a Hold on Me,” Scofield wrings out wah-wah licks that assume the chillingly vocal quality of great slide guitar. During the climax of “It’s a Big Army,” Scofield’s own attempt at a Baptist pew-shaker, the guitarist sounds down-home and harmonically adroit in equal doses; B.B. King-isms alternate with bop phrasing that Sister Rosetta Tharpe probably never thought about.

Other numbers showcase the guitarist’s deep melodic yearning: Hank Williams’ “The Angel of Death,” and “I’ll Fly Away,” the show-capping hymn that Scofield arranges uniquely and masterfully; an old-time country gallop, a simple snare-drum rhythm and a lengthy guitar solo out front, all tempered like a lullaby. Working around and behind the guitarist, the rhythm section of Fataar and Ramsey, who is filling in for George Porter Jr., burrows into the pocket. And then there’s Jon Cleary. It’s difficult to discern what’s more remarkable: his voice, with its beautifully worn timbre that fills the room, or his Professor Longhair-inspired piano playing, which reinforces the well-documented theory that British guys have an uncanny aptitude for American roots music. But then he dons a Stratocaster-guitar was his first instrument-and all bets are off. The tune is the bandleader’s funk-soaked arrangement of Ray Charles’ “I Don’t Need No Doctor,” originally recorded with John Mayer for That’s What I Say (Verve), Scofield’s Charles tribute disc from 2005. Cleary and Scofield exchange fiery blues runs and lock horns on harmonized bends, with joyously cathartic results. “He plays his ass off on guitar,” laughs Scofield.

The Charles cover, mixed among songs by gospel stalwarts like Dorothy Love Coates and Thomas A. Dorsey, points up how few degrees of separation exist between sacred and secular styles of African-American music. As Cleary, who has minimal experience performing traditional gospel, puts it, “New Orleans music is all rooted in gospel music. If you listen to old New Orleans R&B tunes, the chord progressions and the arrangements are not that different. It’s just the lyrics that are different. And it’s always been that way, whether it was Sam Cooke-or Ray Charles. They’d move from the gospel world to the secular world by singing ‘baby’ instead of ‘God.’

“If you’re a musician in New Orleans, whether or not you go to church, gospel is a close cousin of what you do,” he continues. “And New Orleans piano is gospel piano, basically. There are other elements too, but that’s one of the fundamentals. I just play what I play and sit back and enjoy listening to what John puts on top, which is always a surprise.”

As George Porter Jr. points out, the contemporary gospel genre is remarkably solvent: “The gospel churches sell far more records than any performing artist in the state [of Louisiana],” he says. Like modern country music, another genre able to remain reasonably healthy while the record industry crumbles, gospel has maintained ties to its core demographic while stylistically adapting to pop. Scofield is doing the opposite, using gospel as a means to a state-of-the-art composite of American roots music. And, as the guitarist says, “We’ve had some real gospel people come hear us that really like it.”

The live performances are a bang-up advertisement for the product: an album, as Scofield quips onstage, called Piety Street, featuring the Piety Street Band, and recorded at Piety Street Studios in New Orleans’ Upper Ninth Ward for Emarcy Records. The project, co-produced by Scofield and Piety Street owner (and Scofield’s brother-in-law) Mark Bingham, has its share of Crescent City staples. There’s Cleary, the soul-slick jazz singer John Boutté, drummer Shannon Powell (primarily on tambourine here), and bassist Porter, a founding member of the Meters who can safely be called a New Orleans institution. (He recalls playing 22 gigs at this year’s Jazz Fest.) It was important to Scofield that the road band remain consistent with the touring band, so rather than choose one of his favorite New Orleans-based drummers, none of whom could commit to a tour, the bandleader chose Fataar, whom he became a fan of through Bonnie Raitt’s records.

But there’s also a good deal of cultural exchange. Cleary is British, Fataar is South African, and Scofield hails from Connecticut, a state that could be considered Louisiana’s polar opposite in the American cultural landscape. Ramsey, who appears in the touring group but not on the recording, is the only regular player on the contemporary gospel scene.

Regardless, deep roots and heavy respect abound-for New Orleans and, perhaps even more so, for the intertwining musics that bubble up from the wellspring of the American South. As Fataar says, “I don’t think it’s any secret that John is mad crazy about R&B.”

The rest of this article may be found in the October 2009 issue of JazzTImes, on sale at newsstands or as back issue at jazztimes.com</>