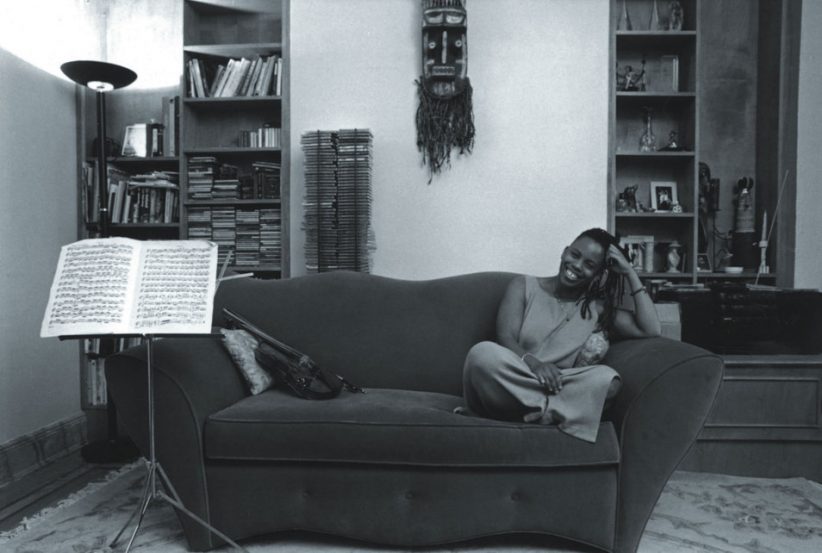 Regina Carter is a true prodigy. When she was two her mother, a kindergarten teacher, introduced her to the piano. But instead of performing the lessons assigned her she would “paint some notes, take them to her teacher and proclaim, ‘Here is the tune I wrote.'” At age four she switched to the violin and loved it from the start. She was taught via the Suzuki method: “Someone sings, you sing back and you find the notes on your instrument. I loved it because I could do it immediately.” She happily went to music school and practiced every day, though sometimes she longed to be with her friends. “As I got older I did want to play [with my friends], so I got up in the morning at 4:30 or 5:00 a.m. and practiced before school for an hour; and as soon as I hit the door after school for another [hour].”

Most of the music she played growing up was classical, but at 16 she heard both Jean-Luc Ponty and then Stephane Grappelli play in her native Detroit. “The freedom of the music, the joy Stephane had playing it totally conquered me.”

Soon she added Wayne Shorter to her list of favorite composers-“He’s not just a jazz composer, but you can hear his influences and enjoy the intricacies of his writing”-and Sara Cassey, a little known Detroit pianist/composer. “But my knowledge of jazz was confined to three violinists. I had never heard of Miles Davis or John Coltrane. And there was another, more personal reason for choosing jazz. I’m a me, me, me person and I realized that in jazz I could be a soloist out in front of the orchestra, whereas in the classical world I would have to endure years of playing as a group member. A kind of 9-to-5 job that would bore me to tears.”

Carter is on the road for weeks at a time leading her own group and rarely gets back to her tiny New York apartment. When she does she often totally withdraws. “I live in silence for a day or two after I get back. I don’t want to listen to music and I have almost no social life. When I start listening again I do so first for enjoyment but after a while I listen because I want to transcribe what I hear to the violin. I used to be all over the place, Charlie Parker, John Coltrane, whomever I admired that week, but now I concentrate on one artist at a time. Clark Terry is next.”

Even though jazz is her primary focus, Carter wants to play with and record with more orchestras, like she has done with the Boston Pops and the Detroit Symphony Orchestra. She was a special guest with Simon Rattle’s Birmingham Symphony Orchestra earlier this year; she repeated her performance with Rattle in September at New York’s Carnegie Hall.

Carter is in the market for a new violin, an Italian make with a dark sound. “The Italians are known for dark sounds, but modern Italian violins have a much brighter sound. It’s a task to find the right instrument.” Her manager is negotiating to allow Carter to perform on a violin that was owned and played by Paganini. “I pray that I’ll be allowed to play it. Failing that I will be grateful just to touch it.”

What kind of computer do you have?

A Macintosh PowerBook 1400 and a Handspring Visor

The Color of Water: A Black Man’s Tribute to His White Mother by James McBride

What are your favorite kinds of food?

What is your favorite drink?

I am learning to dance the salsa and I am taking French lessons.

I love dogs because they don’t complain, though I’m not home enough to keep one.