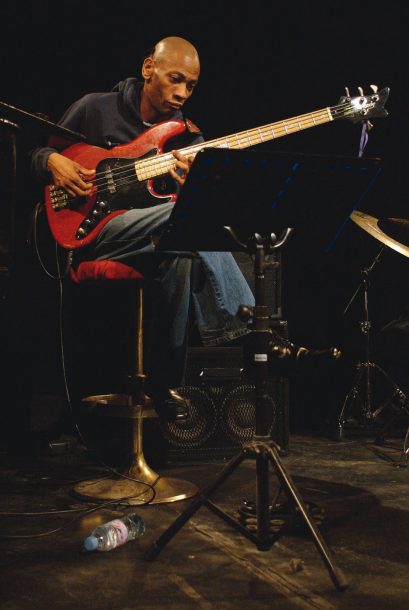 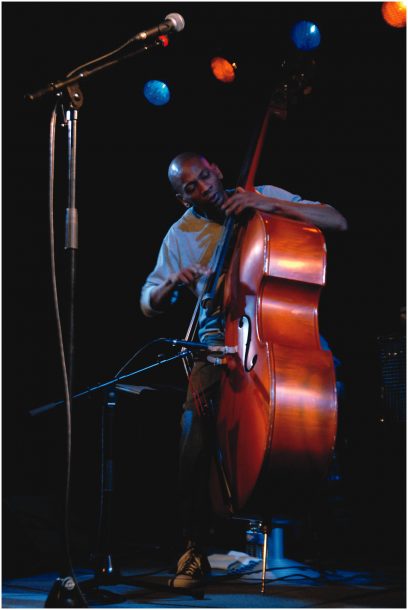 The scene was much more nurturing 20 years ago,” says bassist Reggie Washington, a former stalwart of the M-Base Collective and a ubiquitous figure on New York’s jazz, funk and creative music scene through the ’80s, ’90s and into the first half of the ’00s. “Older cats took you under their wing and made you learn on the bandstand. Nowadays, there’s no sharing, there’s so much competition and hatin’ … it’s a totally different scene. Cats want to get paid for rehearsals … gigs are for less money, and there are fewer gigs. Times have changed.”

A resident of Belgium for the past three years, the Staten Island native has racked up extensive sideman credits over the years, including a dozen recordings with Steve Coleman and Five Elements and a slew of sessions and tours with the likes of legendary drummer-bandleader Chico Hamilton, vocalist Cassandra Wilson, alto saxophonist Greg Osby, guitarist Jean-Paul Bourelly, clarinetist Don Byron and pianist Uri Caine, as well as Roy Hargrove’s RH Factor, Branford Marsalis’ Buckshot LeFonque and Oliver Lake’s Steel Band. He has also traveled the world music circuit with African drum master Babatunde Olatunji and calypso star Mighty Sparrow and crossed over into the pop world with D’Angelo, Meshell Ndegeocello and Ute Lemper. But the talented bassist had not, until recently, stepped out as a leader in his own right.

Washington’s long-overdue debut, Lot of Love, Live! (Jammin’ Colors), highlights his distinctly different approaches to upright and electric basses while also demonstrating his melodic penchant as a soloist on both instruments in two separate and highly interactive trio settings: his Belgian band with Erwin Vann on tenor sax and Stephane Galland on drums, and his American band with tenor saxophonist Ravi Coltrane and drummer Gene Lake.

Recorded during two separate European tours in October 2005 and March 2006, Lot of Love, Live! includes stirring interpretations of Marcus Miller’s “Mr. Pastorius” (underscored by a simmering African-flavored 6/8 groove), Wayne Shorter’s “Fall” and Bill Frisell’s mysterioso anthem “Strange Meeting” (recast as a soulful D’Angelo-esque groover). Washington also showcases potent originals like “Reuben’s 2 Train” (a kind of mash-up of Sonny Rollins’ “Freedom Suite” and Rodgers & Hammerstein’s “The King and I” that was named for his son), “Ledge” (based on both Screamin’ Jay Hawkins’ “I Put a Spell on You” and Notorious B.I.G.’s “Kickin’ the Door”), the funk-laden electric bass throwdown “Jade 4 Giada” and “Half Position Woody” (not a reference to erectile dysfunction but rather to the fact that the entire tune is played in the half position on his wooden upright bass).

The last track on the album, an overdubbed bass extravaganza titled “Fanny’s Toy” that has Washington laying down three bass tracks on top of a slamming drum sample from ?uestlove (Ahmir Khalib Thompson) of the Roots, is a glimpse of things to come from Washington. “I’d like to eventually do a full-scale bass choir,” he says, “but I want to come at it in a different way than just a wild jamboree with all this booming bass. I want everybody on the stage to have a function and assume a different spot in the music, just like an African drum choir.”

The younger brother of jazz drummer Kenny Washington, Reggie started off playing cello in the junior high stage band and switched to double bass in the ninth grade All-City High School Orchestra. Around this time, Kenny started hanging out with his LaGuardia High School of Music & Arts classmate, Marcus Miller. “Marcus used to come over to the house all the time,” recalls Washington. “Kenny had this huge jazz record collection and he used to say to Marcus, ‘Why don’t you come over to the house and check out some jazz records instead of learning all that damn funk?’ So Marcus and Kenny would sit up and listen to records all night long, then get up in the morning and go to school. And being four years younger, I wasn’t exactly invited to hang with them. But I’d sit in the corner and just watch them.

“Marcus had his bass there and I started to take an interest in it,” he continues. “I didn’t have my own electric bass at the time so I used to mess around with his. He would show me a few things and I just took to it really quickly and easily.”

Concurrent with exploring funk licks on Miller’s electric bass, Washington also studied privately with some highly regarded upright players, including classical bassist William Blossom from the New York Philharmonic, salsa bassist Victor Venegas from the Fania All-Stars and jazz bassist Paul West, who had studied with Washington’s all-time favorite bass player, Sam Jones. “That’s the end-all cat for me,” he says. “I love Paul Chambers, Ray Brown, Oscar Pettiford, Scott LaFaro and all those cats. But Sam Jones just had a certain thing in terms of note choices that was different from everybody’s and that really grabbed me.”

While focusing more on electric bass in the mid-’80s, he got some invaluable pointers from fellow electric bassists like Kim Clarke, Melvin Gibbs and Rev. Bruce Johnson. By 1989, Washington began playing with Steve Coleman’s Five Elements, though he had met the Chicago-born alto saxophonist 10 years earlier. “I met Steve in ’79 when he was playing with my brother Kenny and [bassist] Curtis Lundy. Steve had a huge Afro and a dashiki in those days. But I later got hooked up with him through Greg Osby. Steve was looking for a replacement for Kevin Bruce Harris and Greg recommended me. So I showed up for a rehearsal and Steve pulled out some very challenging music, and I played it. Then we went on to next one and the next one, and I ran it all down.”

Washington got the gig and ended up playing on Coleman’s Rhythm People (RCA Novus, 1990). During his lengthy tenure with Five Elements (steadily through 1996 and then on and off through 2005), the bassist was immersed in the M-Base concept of playing intricate overlapping meters and shifting time signatures. “People would flip out over Steve’s music,” says Washington. “They’d say, ‘Oh, man, you play in odd meter! How do you do that?’ But it’s not odd at all. What makes it odd? A number? I think not. It’s all even, it’s metric, it’s perfect. And it’s a groove. Your body can feel it. So it’s not odd if your body can feel something like that.”

He adds, “Music is a language and I had to learn his language before I could get comfortable in it. With Steve’s music, you’re assuming two large things: the rhythmic and the melodic. He wants you to understand the melodies and the interrelationship of the melodies to the basslines along with the rhythmic things. He has specific ‘drum chants’ that work in a certain way, and if you’re not playing your particular chant, it affects everything because it’s just a subset of the whole. But when they all work together, everything opens up and you can see the lines between everything. And with Steve’s music, one melodic line starts at the end of the previous one. So if you don’t know and fully internalize that first melodic line, it’s going to be a long, long night for you on the bandstand, because you can’t guess with this music.”

Washington further points out that Coleman’s concept, though seemingly complex, is actually based in the ancient art of call-and-response. “We might be grooving on something but then Steve plays some new motif and the whole band goes to this other place. That’s African stuff. You play a certain drum chant in an African drum choir and everybody knows instinctively to go to something else. Or, in more recent terms, you could look at James Brown. When he said, ‘Take it to the bridge,’ Maceo [Parker] and them instinctively knew where to go. And when Steve would play a certain line, we would instinctively shift. So you had to be listening all the time in that band.”

Regarding his experience on the bandstand with jazz elder Chico Hamilton, Washington says, “Chico was like a second father to me. He took the time with a lot of young players and he definitely influenced me from a lot more than just the music standpoint. He taught me more about cultural exchange, how to conduct myself as a black man in Europe, how to conduct myself with dignity and class. And he taught me to respect the bandstand, to respect the music, to respect who we are and what we’re contributing and putting out into the world. His attitude was ‘Always come to the bandstand ready to hit.’ You can be tired, drunk, jetlagged or sick, but when you come up there on the bandstand, you have to be professional. I learned that lesson the hard way in Chico’s band.”

The bassist is currently involved in two projects: his ultra-funky TRio TRee with Jozef Dumoulin on Fender Rhodes electric piano and Skoota Warner on drums, and an ambitious duet project with Belgian reed virtuoso Fabrice Alleman that pays tribute to jazz icons Wayne Shorter and John Coltrane. This summer Washington plans to tour Europe in a trio with the brothers Strickland, Marcus on tenor sax and E.J. on drums.

His other goals for the future? “I want a chance to make an impact and also steer some of the next generation in a better direction than they’re going,” says Washington, who is proud to have recently gotten clean and sober. “In my career I got help from some old-school cats like Jimmy Ponder, Bob Cranshaw, Reggie Workman, Jimmy Owens, Chris White and Buddy Williams. They all told me, ‘Be proud of what you do. If you believe it, others will.’ Now I want to pass that sentiment along to the young cats and also help keep the integrity of the music alive.”