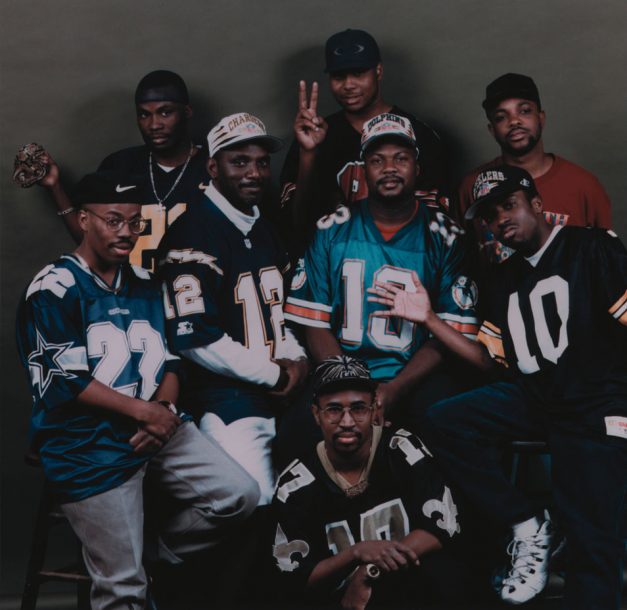 To most Americans, a brass band is what they see in that car commercial-somber men in black suits, white gloves, white Salvation Army hats, brass horns and a bass drum, playing a desultory, unison dirge duet with their feet, lumbering to a New Orleans graveyard. Sorry…that’s old school. The real edge is cut by the children of the revolutionary Dirty Dozen Brass Band (the first brass band to leave the streets and cold-rock the house with jazz and funk back in ’81): crews like ReBirth Brass Band.

The Dirty Dozen inspired a new generation who had the second line in their blood and “paartay” in their souls. In 1983, Philip Frazier, a tuba-playing junior at Joseph S. Clark High School, heeded the call and formed the ReBirth Brass Band with his brother Keith (bass drum) and John Gilbert (sax). “The Dirty Dozen, that’s my role model,” says Philip. “Basically ReBirth started out as a project in the French Quarter for tips, out of love.” By the end of the decade, ReBirth was making far more than mere “tips.” Weathered by the harsh streets, ReBirth’s fierce blend of hard second line beats, ’70s R&B/funk grooves and go-go swing made them the hometown sound of choice. Adds Frazier, “I knew it was time to get a little serious, to take it to another level.” The next level was national tours and a recording contract with Rounder Records.

Four albums, countless opening spots, festival dates, soundtracks (Boomerang) and television (The Big Easy) later, ReBirth is ready to go where no brass band has gone before. “I want us to be the first brass band to win a Grammy,” says Frazier. By the evidence of the seven piece’s newest jammie, We Come to Party (Shanachie), that Grammy should be right around the bend. Recorded in three days, We Come to Party is so “live” that your speakers sweat. “We’re a fun band, we tried to put all that joy and happiness in the studio,” says Frazier proudly. “We didn’t want everything to be perfect, we wanted that energy to hit right there.” Indeed, from the bumpin’ honk of the title tune to the sublime, raggedy vocal turns of “Let’s Get It On,” the ReBirth is onto some stanky stuff. “We want people to say we’ve crossed over without guitars and stuff-we want people to say we keepin’ it real.”