Skip to content
Become a member and get exclusive access to articles, live sessions and more!
Start Your Free Trial
Home > JT Archives > Ray Charles and Count Basie: We Meet at Last 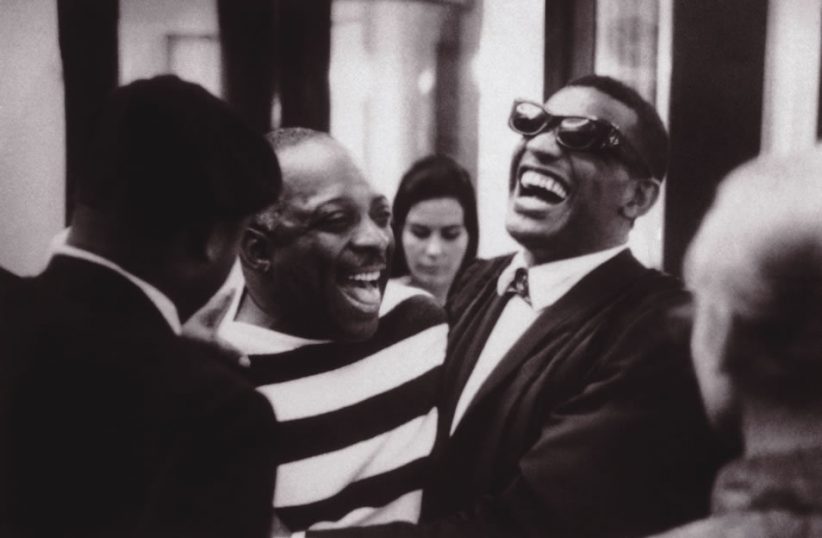 I remember when Kenny G did that thing with Louis Armstrong-it pissed a lot of people off,” said Gregg Field, referring to the smooth-jazz icon’s 1999 studio-magic duet on “What a Wonderful World.”

Field is the producer of Ray Sings, Basie Swings, and has had to give a lot of thought to such artistic exhumations. The new CD, released jointly by Concord Records and Starbucks Hear Music, uses digital editing technology to marry a recently discovered Ray Charles concert vocal from the 1970s to new arrangements recorded by the Count Basie Orchestra. For Field, who worked as a drummer with both Charles and Basie, the criteria that guided him were: How does it exist as a work of art? Does it make sense for these artists to work together?

“Ray often spoke about how much he loved Basie,” said Field. “It’s not like we’re trying to put together Yo-Yo Ma and Green Day. Having worked with both of these guys, I felt comfortable with the way we were approaching it. And I know that Ray and Basie would have been thrilled with the way this came out.”

The project came about when Concord acquired the holdings of Norman Granz’s Pablo label. Among the unreleased material was a box labeled “Ray Charles and Count Basie,” leading to hopes that it was a previously unknown collaboration. In fact, the tape was a recording of separate sets recorded in the mid-’70s.

“The tape was unreleasable as it was,” recalled Field. “It sounded like it was taken off the live board and it was just the mic that was on Ray.” However, what was captured were some “unbelievably compelling vocals” by Charles that were much louder than anything else in the mix. After seeing a performance of the present-day Count Basie Orchestra, executive producer John Burk thought to use the band to record new arrangements for the vintage vocals.

In addition to the compelling “what if” of a Charles-Basie collaboration, there was a significant commercial incentive to pulling this off. Charles’ last record, Genius Loves Company, also jointly released by Starbucks Hear Music not long after the singer’s death, won eight Grammies and sold over six million copies-the biggest-selling recording of Charles’ career.

While Kenny G, Natalie Cole and The Beatles have all matched old vocals to new recordings, the size and complexity of this job were something new. The most significant challenge was matching new arrangements to the existing tape. Because Charles’ band had bled into the vocal, the Basie arrangements had to closely match the originals. The arrangements were reharmonized and revoiced and given an obvious Basie kick. In places they were extended to better feature the band, and solos were added from various Basie-ites as well as guest Joey DeFrancesco on B3 organ.

Next, Charles’ piano parts, which were muffled and out of tune on the original, were laboriously transcribed and recreated in the studio by pianists Shelly Berg and Jim Cox. “An incredible challenge,” said Field.

Once the music was in place, work began on the vocals. They were matched to the instrumental tracks in Pro Tools using markers such as cymbal hits or bass notes. “That [process] would exactly retain Ray’s phrasing,” said Field. Then came the challenge of sonically restoring the decades-old live recording to the level of the newer material.

“Halfway through the record I was wondering if we could actually pull it off,” recalled Field. “We took one track and spent probably ten days just working on the vocal sound. We finally got that one where [Charles] sounded like he was in the studio with us. Once we got that, we knew we could do the rest.”

The final step was adding in the Raelettes’ background vocals. Field contacted singer Patti Austin to see if she would organize a group of background singers and write arrangements for them.

It was something of a dream come true for Austin, who had known Charles since she was a child. “I think that anybody that grew up listening to Ray Charles wanted to be a Raelette,” she said. What most impressed her as a singer was the quality of Charles’ vocals. “To hear him singing so strong-at the time that he did these performances he was really at his vocal peak.”

In the end, according to Field, “It was a massive challenge…but it was a dream come true to hear the power and the swing and the style of Basie’s band behind Ray.”

“There is one more project,” hints Field. “It’s not Ray Charles, but it’s a discovery in our archives that I think is really suited to do this again. As long as we’re very respectful of the technology and how we present them, I think this is going to be a great thing for bringing more of our greatest artists to the public.”