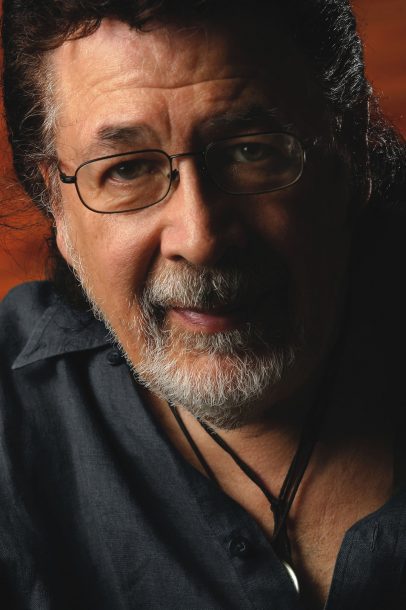 Ray was the quintessential Nuyorican. When I use that term with people who aren’t from NYC, they usually look at me with the same look I’m sure Albert Einstein got when he tried to explain black holes for the first time. Those who do get it invariably just nod their head with the same approval that a cognoscenti of the jazz tradition gives after hearing a good solo. It means they’re hip, and Ray was the epitome of hipness. How could he not be? He was a Native Nuyorican!

Ray was born in Brooklyn, moved to El Barrio (NYC’s Puerto Rican and Cuban enclave in Manhattan) and then became a resident of the borough that nurtured him, Da Bronx. This much maligned yet proud borough has an incredible history of giving birth to and/or nurturing so many artists, poets, playwrights, painters, scientists, politicians, film directors, producers and musicians that somebody should do a scientific study of the air there. It has a Walk of Fame on its own Grand Concourse that was modeled after the Champs-Élysées in Paris. There, on one of the streets of the Concourse, you will find the name Ray Barretto standing tall in all its glory.

If you wanted to get Ray going, all you had to do is to start talking about stickball. It’s a game that has bonded generations of New Yorkers for the memories it generates of youth and friendship. That word, friendship, meant a lot to Ray. In the South Bronx, there on Kelly Street, a street that Ray grew up on and produced boyhood friends like Manny Oquendo, Eddie Palmieri, Orlando Marin, Benny Bonilla, Joe Quijano and others too numerous to mention who all made a name for themselves in music, he once told me about when he was first married as a young man in the early 1950s and the day after his honeymoon. On that cold, snowy New Year’s Day, he told his then-wife that he was going downstairs to play some stickball with his “boys.”

Talking to Ray was a treat because it was always a history lesson. You would get some insight into who, what or how it happened in a particular moment of jazz or Afro-Cuban-based music history in NYC. Most people know that the “Boogie Down Bronx” is known as “El Condado de la Salsa” (“The Borough of Salsa”). But most don’t know that at one time there was a vibrant jazz scene there. Ray was known for his powerhouse salsa groups but in his heart he was a jazz man, and the Bronx had an incredible jazz history rivaling Manhattan’s, with clubs like the 845 and the Blue Morocco where Ray would perform and be just as comfortable playing bebop as if he were in a salsa club playing a son montuno.

He hated the term “Latin jazz.” His persona was like his playing-passionate, articulate and displaying an intelligence that made one proud to be in his presence. He was a symbol to young Nuyoricans like yours truly of what one could achieve and how one should be, a proud warrior for whatever one believes in. You might see Ray at a rally protesting some injustice, speaking on the radio about his love of Dizzy, Bird and Arsenio Rodriguez, or encouraging people to send in donations to publicly funded radio shows that played salsa and jazz. Or just hangin’ at a club checking somebody out because, like all jazz players and fans, he wanted to hear the music. He marveled at the technical prowess that the young players of today display, but he lamented on how many of them lacked a sense of history in their playing and persona. Raymond was not one for nostalgia, for he was always thinking forward, but he respected and honored the past and felt it was at the core of the art forms we call jazz and Latin American music.

Ray was a frustrated jazz drummer and he brought that type of creative aesthetic to his conga drumming in a salsa context, but with the utmost respect to La Clave, the rhythmic mantra of Afro-Cuban-based music. To jazz he brought a deep understanding of the genre. He could recite/sing the lyrics to standards just like Art Taylor used to do on many a session if someone wasn’t quite sure how the tune went. Many people don’t know that Ray in his youth really wanted to be a tenor player. That love of the mighty horn lives in his son Chris, a student at the Manhattan School of Music who is a promising player with a bright future. After the ceremony where Ray received the National Endowment for the Arts Jazz Masters award, he got to hear Chris with the Manhattan School of Music Afro-Cuban Jazz Orchestra that I conduct and teach. I featured Chris on Billy Strayhorn’s ballad “I’ve Just Seen Her,” which was a tour de force for Paul Gonsalves in the Ellington Orchestra. The piece is a tone poem of longing, unrequited love and farewell. The tears of joy rolled down Ray’s and his wife Brandy’s faces as the final note of the arrangement resounded. Through the award, Ray finally felt accepted as the true jazz musician he had never been acknowledged as. That acknowledgement and legacy was now resounding in his son. Child is certainly father to the man. Two days later, Ray was in the hospital, never to leave. A proud child of Puerto Rican parents, jazzero, salsero, stickballer, friend, mentor and a true Son of Brooklyn (S.O.B.), El Barrio and Da Bronx-Ray Barretto, Nuyorican. ‘Nuff said.