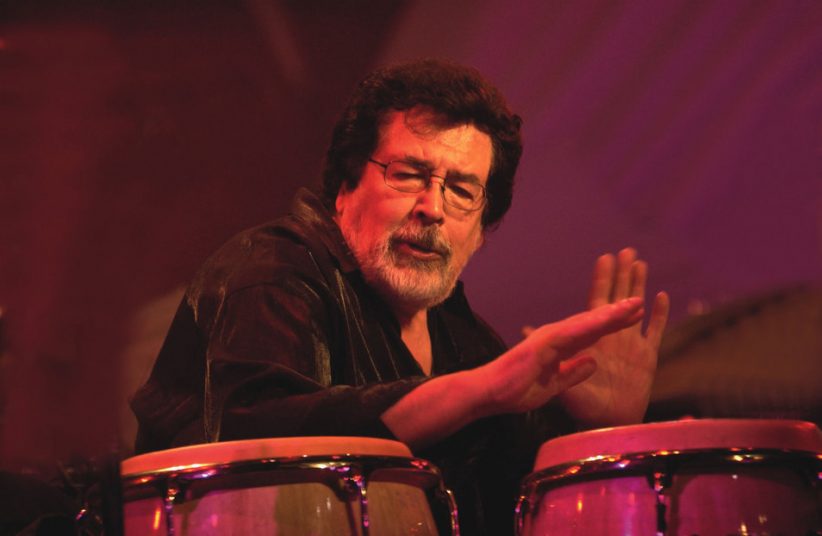 “I don’t play that anymore,” Ray Barretto said firmly to a fan who got in his face about not playing his old salsa hits. It was June 1996, and the conga-drumming bandleader was just opening a weekend stint with his New World Spirit band at Pete Escovedo’s nightclub, Mr. E’s, in downtown Berkeley, Calif. “I play jazz!” Barretto told the frustrated fan as the salsero stormed away and a look of disappointment overtook the conguero’s face.

Fast-forward to 2003, and the 74-year-old percussionist-bandleader Ray Barretto is still wary of his position of helping ignite the 1970s New York City salsa boom and the demands of those fans. He sees himself more as the gatekeeper to the Latin-jazz bridge built by Mario Bauzá, Dizzy Gillespie and Chano Pozo. Or jazz-Latin, as Barretto insists. He hates the term “Latin jazz,” which he feels is a misnomer.

“Jazz was no accident. I’ve loved it since I was a kid hearing Louis Armstrong,” Barretto says from his New Jersey home. “Salsa was no accident, either, having heard greats like Marcelino Guerra, Machito and Arsenio Rodriguez. I always had the essence of both worlds. I got into the Latin thing more out of economics. In jazz the conga is not an essential part of the rhythm section, so while I might record with an artist I never got called for the gig. In Latin music the conga is an essential, so Latin became a way of earning money.”

RAY Barretto’s parents were part of a generation of American-born Puerto Ricans who arrived in the Big Apple following the passage of the Jones Act in 1917 that made Puerto Ricans citizens of the U.S. following the Spanish-American War. Born in Brooklyn on April 29, 1929, and growing up in New York City, Barretto heard a lot of music. The swing bands of Duke Ellington, Chick Webb and others were making their mark then, as were Cuban performers such as Don Azpiazu, who sparked the rumba fad with his 1930 hit “El Manisero (The Peanut Vendor).”

Barretto later joined the U.S. Army and served in Germany from 1946 to 1949. There he heard the Dizzy Gillespie hit “Manteca” on a jukebox at the Orlando Club in Munich, and the fusion of jazz and Afro-Cuban beats grabbed him and had him beating out rhythms on an old banjo head. What Barretto liked about the song’s cowriter and featured conguero, Chano Pozo, was that he only used one drum and tuned it very low to produce a fat, earthy sound that didn’t get in the way of the trap drummer. “Manteca” made Barretto take up congas after his Army hitch.

“I got my first congas from a bakery on 116th Street in Harlem that used to import drums from Cuba,” Barretto says. “For 50 bucks you would get yourself a nice drum with a tacked-on head that you heated up with Sterno to get in tune. Chefs used to keep food warm by putting these cans of flames under trays. So you would put the Sterno on the floor and turn the conga over, and it would dry the moisture from the skin and bring it up to pitch. This was before there was a rim on the conga drum. Now you just turn a wrench and it tightens the skin.