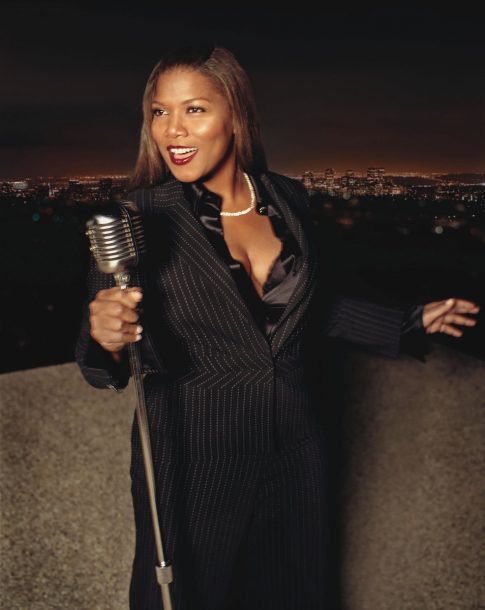 All re-hail the Queen? Dexterous hip-hopper turned TV host turned Oscar-nominated actress Queen Latifah would like to think so now that she’s moving into another career phase, reinventing herself as a latter-day Dinah Washington with The Dana Owens Album (Flavor Unit). Truth is, though, Latifah’s latest isn’t so much a bold move forward as a big step in reverse, all the way back to her first hit rap single, “Wrath of My Madness,” whose sung choruses suggested that the embers of a first-rate torch singer have long burned beneath Owens’ (her real name) bombastic surface.

As a major multimedia star whose every move gains scrutiny in the entertainment press, Latifah isn’t taking chances while reshaping herself as a pop-jazz diva, a role she says she’ll remain committed to until death or Vegas, whichever comes first. She can afford, and hired, the best producers in the biz-Arif Mardin for half of the album’s dozen tracks, Ron Fair on five others and Take 6’s Mervyn Warren to help guide her through the tricky curves of “Lush Life”-the best sidemen (guitarist John Goux, drummer Peter Erskine, saxophonist Dan Higgins, trumpeter Gary Grant and trombonist Dick Nash among them) and stellar guests such as Al Green, James Moody and Herbie Hancock.

Given Latifah’s solid-gold track record, particularly her gutsy “When You’re Good to Mama” in Chicago, it comes as no surprise that she can explore time-honored standards (“Close Your Eyes,” “If I Had You,”), classic soul (“I Put a Spell on You,” “Hello, Stranger”) and vintage pop (“California Dreamin’,” “Mercy, Mercy, Mercy”) with uniform assuredness.

But evenness doesn’t make for great discs; bold musical statements, of which Latifah was once a connoisseur, do. As polished as these tracks are, there’s little that takes her too far left or right of the pop road’s predictable middle-apart from a splendiferous pairing with Green on his “Simply Beautiful” and a honey-baked, Moody-backed “Moody’s Mood for Love,” Still, as the first step in an intriguing new direction, the Owens album bodes well for the future. And, given Latifah’s impressively multifarious history, chances are all safety nets will be gone on her next outing.