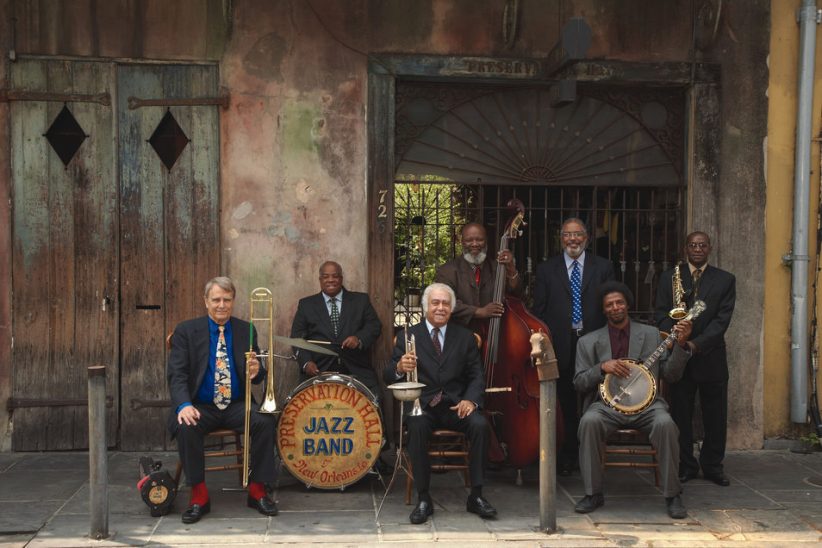 When Katrina dumped six feet of water inside of Allen Toussaint’s famed Seasaint Studios in New Orleans, Benjamin Jaffe didn’t have high hopes for the recordings his father, Allen, had produced with the Preservation Hall Jazz Band in the 1970s and ’80s. But the tapes were among few that survived, and the younger Jaffe subsequently took it upon himself to attempt to preserve Preservation.

Made in New Orleans is a lovingly curated document that honors the venerable institution. The boxed set, available in a few different collectors’ editions, contains a CD featuring both archival and new recordings of the group, and a DVD, as well as several reproduced artifacts: photographs, employment contracts, etc.-no two of the 504 numbered sets contain the same doo-dads. The DVD features low-grade (though no less fascinating) historical footage of PHJB in action dating back to the early ’60s, and a music video, created in 2005 shortly before the hurricane struck, set to an old-timey cover of the Kinks’ “Complicated Life.” Not surprisingly, though, it’s the music on the CD that best sums up what the traditional NOLA outfit is about.

Several of the tracks chosen, although recorded in part or in whole before Katrina, allude to the devastation: “Blow Wind Blow” grafts a vocal cut by Sister Gertrude Morgan in 1959 to a sparse but complementary backing track from 2005, while “Over in the Gloryland” reverses the process, adding new vocals to the raucous gospel number, one of the salvaged Seasaint-recorded tracks from 1976. Most tracks, like the latter, take full advantage of the band’s ever-exhilarating battery of brass, but others, utilizing far less, are equally effective: “Sugar Blues” strips the sound down to a quartet of trumpet, piano, bass and drums, but its simplicity is as much the essence of New Orleans trad as any of the wailing party tunes.