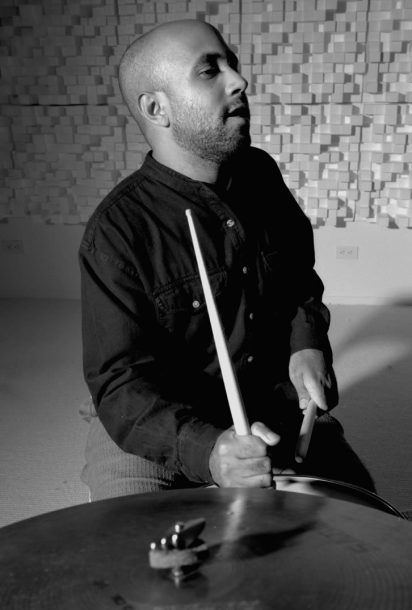 T.O.P. comprises pianist Jacky Terrasson, bassist Ugonna Okegwo and drummer Leon Parker. The trio worked together on Terrasson’s first couple of Blue Note recordings in the mid-’90s, and they’ve obviously continued to develop and grow together since then. From Wednesday through Sunday nights of last week, the group played New York’s Iridium as part of the French Quarter Jazz Festival-a series of concerts in New York, Washington, D.C. and New Orleans, presented by the Cultural Services of the French Embassy and CulturesFrance. The event was held in conjunction with the just-concluded IAJE International Conference in New York City.

T.O.P.’s infatuation with nuance-extreme dynamic contrasts, subtle articulations, slight but significant departures from established form and structure-was apparent throughout. Terrasson’s gorgeous touch was shown to especially good advantage on a clever arrangement of Charles Chaplin’s “Smile.” The pianist interpolated a folkish vamp and impressionist harmonies, transforming the perhaps overly familiar tune into something fresh and surprisingly uncontrived. Terrasson’s heart-on-his-sleeve romanticism was evident, not only on ballads like “Smile,” but on swingers like “Caravan” and “Autumn Leaves” as well. His overt sentimentality was occasionally cloying. More often, his emotional choices were sound.

Parker and Okegwo aided and abetted Terrasson with much ingenuity. Parker is a colorist who also swings hard and keeps good time. He’s not an exciting player. Even when the music’s direction seemed to call for a harder approach, Parker was restrained, sometimes maddeningly so. Yet such studied understatement is a critical component of the band’s concept. Bassist Okegwo has the facility of a guitarist. His solos were consistently interesting, yet no more so than his accompaniments. His tone remained strong even at the lowest volumes. His time was solid. His taste was impeccable.

I infer from the trio’s name that it’s a cooperative. They certainly do cooperate. I’ve seldom heard a band so manifestly comfortable with one another. Their music was defined by small, personal musical gestures. A preoccupation with detail precluded anything wild from happening, but to be fair, that’s not their bag. Refinement is their game.

I’d not heard much of Terrasson before this evening. He strikes me as one of the less dogmatic mainstream pianists. To his credit, he’s not afraid to add a classical touch to an arrangement, or abandon the playing of patterns and licks in favor of a more free-form melodic approach. In general, I prefer music with a more aggressive, bluesier edge. Okegwo’s playing is blues-to-the-bone; Parker’s, less so; Terrasson’s, not at all. Still, I have to recognize superior artistry when I hear it, and I heard it this night.