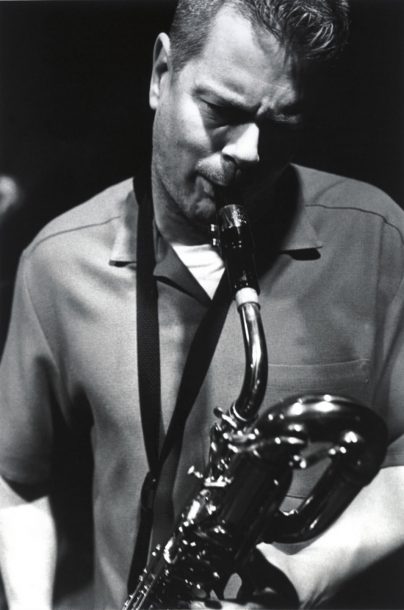 In addition to being one of the only museums devoted to a single artist, with room left over for like-minded traveling exhibitions, Pittsburgh’s Andy Warhol Museum has a reputation for hosting live acts ranging from theater performances to diverse types of music. The intimate auditorium-with just over 100 seats-served as an ideal setting for the current lineup of the Vandermark 5, which now includes Fred Lonberg-Holm’s electric, effects-laden cello. The room’s acoustics ensured that the reeds of Ken Vandermark and Dave Rempis didn’t get lost amidst Tim Daisy’s double-barreled drumming or Lonberg-Holm’s often ferocious scraping.

Additionally, the bandleader said the museum named for the father of pop art seemed like an appropriate follow-up to the performance space from the previous evening-a coffeehouse in a strip mall outside of Washington, D.C.

The Vandermark 5’s recent album, A Discontinuous Line, is a typically strong set of music with frenzied blowing. In person, though, the band played with a range of moods and musical executions that weren’t all apparent on the album. “Convertible” found Rempis recreating the freewheeling frenzy of the studio track with a well-placed combination of honks, wails and squeals. But one tune earlier, the new “Any Given Number” brought out the band’s lyrical side. Even Lonberg-Holm began this piece by gracefully evoking the texture of a vibraphone. This contrasted with the rest of the set, where he coaxed sounds out of his instrument that made it sound more like a guitar being worked over by Eugene Chadbourne, or, in some instances, Jimi Hendrix. On “Desireless,” the cellist accompanied Rempis’ tenor solo by creating a loop of sounds and clicking his effects pedals on and off to vary the texture. It’s clear that his addition to the band-replacing trombonist Jeb Bishop-has opened the quintet up to new avenues.

Vandermark, who switched between baritone sax, bass clarinet and clarinet, was not simply the guy who can unleash high-raising wails and screams on his instruments-something for which he’s been criticized. “Friction” came off like a ballad, with his bass clarinet blending with Rempis’ alto and embarking on a thoughtful solo marked by graceful lines and some melodic slap-tonguing. In “Speed Play,” he swung hard over a groove that sounded like his take on hard bop. “The Ladder,” the evening’s encore, also had an understated swing and his baritone seemed to touch a little on Gerry Mulligan. That might just be wishful thinking, but it sounded strong, regardless.

Bassist Kent Kessler seemed to spend as much time playing as he did laying out between sections. Not to imply that he’s a slack, since he adds a lot to the rhythmic aspects and voicings in the melody. The strength of his playing was apparent early in the set: His arco playing left hair hanging from his bow as early as the second piece.