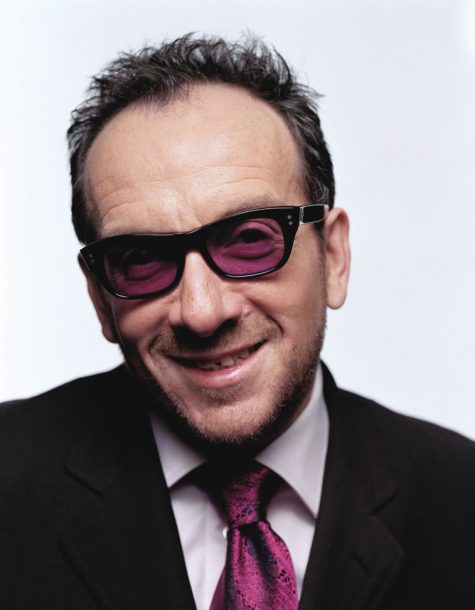 Chilly temperatures and threatening skies Saturday night prevented the sixth annual Tanglewood Jazz Festival from outdrawing its elder and more famous rival in Newport, R.I., for the second year in a row. But New England closed out its summer festival season in style over Labor Day weekend, with a surprise appearance by a very pregnant Diana Krall at her husband’s live taping of Marian McPartland’s “Piano Jazz” and a New Orleans tribute from native sons Wynton Marsalis and Dr. John.

It’s become a tradition to open the festival, which takes place at the Lenox, Mass., summer home of the Boston Symphony Orchestra, with a Friday night concert featuring Latin jazz. This year featured a double bill of big bands, with the Spanish Harlem Orchestra, led by Oscar Hernandez, opening for the Big 3 Palladium Orchestra. The latter group, formed in tribute to the legendary bandleaders Machito, Tito Puente and Tito Rodriguez, was co-led by the sons of two of them-Machito Jr. and Tito Rodriguez Jr.-with Puente veteran Jose Madera Jr. as its musical director. Each of the three took a turn leading the orchestra through one of the Big 3’s songbooks, once Machito Jr. had finished taunting the audience good-naturedly about a recent five-game sweep of the Boston Red Sox by the New York Yankees.

Rock great Elvis Costello (pictured) was McPartland’s guest for “Piano Jazz” on Saturday afternoon, the fifth straight year she’s taped a segment of her National Public Radio show onstage at Tanglewood. Costello’s wife, Krall, sat quietly offstage as he bantered with McPartland about his music pedigree (Costello’s father, Ross MacManus, was a big band singer in Britain) and bravely worked his way through a series of old tunes from the days when jazz and pop were one and the same, most of which he said he was performing for the first time. Two highlights were his own lyrics to Billy Strayhorn’s “Blood Count” (which he bragged of having recorded an as-yet-unreleased version of with Bill Charlap and Joe Lovano) and McPartland’s “Threnody.” He also listened appreciatively as McParland improvised a pretty piano piece in his honor, which she called “Portrait of Elvis.”

Costello closed out the main portion of his set with “My Funny Valentine,” then turned to the audience and said, “Will you please welcome the love of my life, my wife, Diana Krall.”

Krall slowly made her way onstage, climbed onto a stool, and announced, “This wasn’t planned.” She then paused a beat, wrapped her hands around her prominent belly (she was several months along with twins), and added, “Oh, but this was.”

Krall sang a pair of standards herself-“If I Had You” and “Body & Soul”-then left the stage again so that Costello could conclude things with “At Last.” By then, she’d made it clear that she, more than he, has the chops to take their shared fondness for classic lyrics and honor them further by singing them well.

That night’s double bill of Wynton Marsalis and Dr. John accounted for the drop in attendance from last year, 13,000 total this year versus 17,000 in 2005. But it was bad weather that was the problem, not bad music. Marsalis and the rest of his quintet-Walter Blanding Jr. on saxophones, Daniel Nimmer on piano, Carlos Henriques on bass and Ali Jackson on drums-were superb through half a set of material drawn mostly from Marsalis’ The Magic Hour, then were joined by yet another Marsalis discovery, vocalist Jennifer Sanon, for impressive reads of three standards: “Comes Love,” “Good Morning Heartache” and “Them There Eyes.”

Dr. John’s set was a feel-good mix of classics from his own book and Johnny Mercer’s. Singers Ann Hampton Callaway, Catherine Russell (daughter of Louis Armstrong’s onetime musical director, Luis Russell ), John Pizzarelli and Irma Thomas took turns joining him for the latter, with Russell outshining the others with her solo version of “Moon River” and her duet with Dr. John on the comic “Save the Bones for Henry Jones.”

The sight of the night, though, was when Marsalis came out dancing as he led his band back onstage for a New Orleans finale. The man is from New Orleans, after all, and set his jazz purism aside long enough to indulge in a bit of New Orleans-style dancing as Dr. John and the band slowed down and funked up “When the Saints Go Marching In.”

Sunday afternoon’s headliner, the Dizzy Gillespie All Star Big Band, was indeed chockablock with all stars. Slide Hampton directed, and some of the other big names included Jimmy Heath, Cyrus Chestnut and Roy Hargrove, of whom Hampton at one point noted, “He’s here because he likes to play the music, because we couldn’t afford him otherwise.”

Hargrove had just finished a particularly resplendent flugelhorn solo on “I Remember Clifford,” but he seemed to like listening to the music as much as he did playing it-as demonstrated by the delighted look that would cross Hargrove’s face each time Heath took a solo. There were Latin accents on the Gillespie classics “Con Alma” and “Manteca,” and Antonio Hart took a furiously fleet solo on “Things to Come” at a tempo that called to mind how Gillespie earned his nickname. Vocalist Roberta Gambarini joined the orchestra for several tunes, and Hargrove joined her in scatting vocals to “Blue ‘N’ Boogie.”

The Dave Brubeck Quartet and Symphonette wrapped things up Sunday night, with Brubeck slyly starting the set with “Gone with the Wind” and “Stormy Weather” in reference to the bad weather that still hadn’t entirely moved on. The quartet was joined after an intermission by the symphonette, primarily for a rare performance of some of Brubeck’s classical compositions, but the strings also joined him on a pair of Brubeck’s classics: “Blue Rondo a la Turk” and the inevitable “Take Five.” Billy Strayhorn’s “Take the ‘A’ Train” was Brubeck’s encore, and then he and the symphonette sent everyone home with “Brahms’ Lullaby.”

Another, newer Tanglewood tradition ran throughout the festival. Talented newcomers perform at the Jazz Café in between the headliners. This year’s batch included pianist John Stetch and his trio, the exquisite duo of pianist Taylor Eigsti and guitarist Julian Lage, the vocal quartet Syncopation, vibraphonist Warren Wolf and his fine quartet with Danny Grissett, Vicente Archer and Kendrick Scott, and vocalist Rachael Price (who was backed on piano by the multitalented Mr. Wolf). Grace Kelly, a prodigiously talented teenaged alto saxophonist and singer, performed at an opening press reception as well.

Price and Eigsti both took part in a Jazz Journalists Association panel discussion on the future of jazz that took place on Sunday afternoon; to judge by their work at the Jazz Café, and the work of the other rising talents there, the future of jazz is bright indeed.