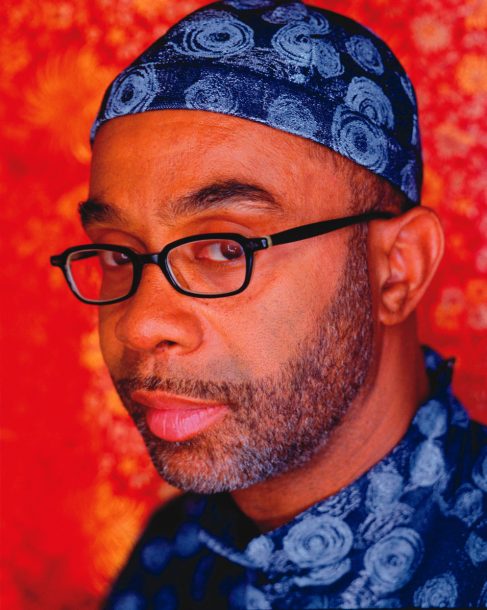 Jazz CD sales may be down but saxophonist Kenny Garrett’s career is on the upswing. During the three-year gap between his last Warner Brothers CD Standard of Language and his new Nonesuch release Beyond The Wall, Garrett continued an active touring schedule while also carving out time for travel to China to pursue cultural and spiritual studies. He recently kicked off his latest tour with a three-night, sold-out engagement at Blues Alley, accompanied by Benito Gonzales, piano; Kris Funn, bass; Jamire Williams, drums, and special guest saxophonist Pharoah Sanders.

Garrett and his rhythm section opened with an exhilarating 10-minute version of “Chief Blackwater.” It’s a good thing that the saxophonist uses a clip-on microphone; his bursting-at-the-seams solo, including quotes from Coltrane’s A Love Supreme, was performed while dipping, bowing and davening like the pious ones at the Wailing Wall. Funn and Williams turned up the heat and helped ignite several climaxes, prompting call-outs from the crowd.

When Garrett brought out Pharoah Sanders, the audience gave the 65-year-old saxophone prophet a standing ovation. Garrett blew the first notes of “Calling,” the opening track from his new CD. After the anthemic opening, Gonzales played tremelos, Funn worked a pedal point and Williams used mallets on the loping 6/8 vamp, recalling another Coltrane piece, “Spiritual.” Sanders began a bit tentatively, not happy with the sound in his monitors. He concentrated on sound, playing long tones and occasional runs. Harmonically, he was generally more consonant than dissonant, usually staying within the mode. Those fans nostalgic for the ecstatic Sanders of the 1960s and ’70s may have been disappointed, but Sanders has always been more about spirit and soul than mere energy or sustained screams. His sound, though, is still sharply focused with an almost laserlike intensity.

On the uptempo title track from the new CD, Sanders didn’t quite match Garrett’s aggressive bite or complex postbop runs, but he went his own way and it was moving to see the two sax men urging each other on. At one point Sanders began honking and playing split tones. The crowd responded like Sunday morning sinners on a moaner’s bench.

The first set ended with an anticlimactic funk-lite tune, “Kiss to The Skies.” In less-skilled hands this would have been sonic wallpaper, but the solos were adventurous and the tune’s little melodic hooks had many heads in the audience nodding, including a small child with a pink jacket sitting in front of me. In Garrett’s best music, happiness and joy are intertwined with spiritual expression. Walking out into the night air, it was encouraging to see a long line around the block waiting to get in.