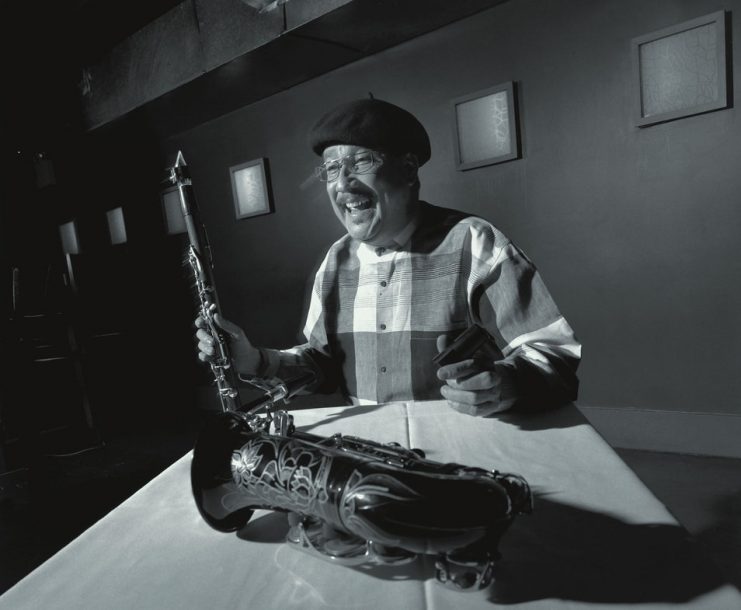 Newport has sailboats dotting its picturesque New England harbor, slicing through its waters with the graceful Newport Bridge framing the background. Sedona in northern Arizona has its own stake in being one of the most beautiful sites in the U.S. in which to hold a jazz festival.

A resort destination that draws tourists from within the state, across the Southwest and around the world (much as Newport draws from New England and beyond), Sedona’s claim to fame is the huge, red rock formations that dominate the landscape in and around the city-very different from the Grand Canyon that’s less than two hours away.

Another draw in late September is Sedona Jazz on the Rocks, a somewhat low-key festival that celebrated its 25th anniversary last month. It drew a crowd that peaked at an estimated 4,000 for the prime event, a day-long outdoor Saturday concert-where the musicians onstage had the best view of the rocky grandeur.

Sedona 2006 began with two intimate sets indoors at the Sedona Creative Life Center on Friday night with pianist Benny Green’s trio featuring Carl Allen and John Webber. The festival continued on Saturday from 10 a.m. to 6 p.m., with an outdoor main event on part of the Radisson Poco Diablo Resort where jazz was in full swing rather than golf. That eight-hour agenda featured hour-long sets by singers Rene Marie and Barbara Morrison, saxophonist Paquito D’Rivera’s quintet, contemporary guitarist Earl Klugh, and blues singer-guitarist Doug MacLeod, a festival favorite who has appeared at Sedona nine times. It wound down with a Sunday brunch at the Sedona Hilton in the nearby village of Oak Creek that featured singer Melissa Walker with pianist Makoto Ozone, bassist Christian McBride and drummer Clarence Penn.

Green opened the weekend with a set that stuck closely to the American Songbook and jazz standards, offered with his usual blend of humility and unbridled joy. The center’s air conditioning system turned the first-set trio into an unnecessary quartet. While many in the room got used to the hum, Green made a point between sets to ask that it be turned off altogether. Treats included his takes on Randy Weston’s “Hi-Fly,” Charlie Parker’s “Anthropology,” Michel LeGrand’s “Pieces of Dreams” and a surprising jazz romp through TV’s “Theme from Bewitched.”

Morrison’s saucy blues had the crowd dancing in front of the mainstage (she joined them, singing and dancing on the lawn through half of one tune) on Saturday’s liveliest set, in terms of crowd participation. She brought pianist Billy Mitchell on stage midset for “I’ve Got My Mojo Working,” complete with a New Orleans shuffle beat and the swaying accompaniment of waving white handkerchiefs throughout the audience. Mitchell’s mainstage appearance on Saturday gave Morrison a chance to acknowledge him for first bringing her to Sedona. He also performed at a private party two nights earlier and ran the festival’s indoor jam session Saturday evening.

D’Rivera (pictured) was at his best on a Dizzy Gillespie tribute segment that started with the poignant “A Night in Englewood,” which D’Rivera wrote the night Gillespie died, and continued with ‘”Round Midnight” and “A Night in Tunisia,” with a few segue licks of “Salt Peanuts” for good measure. Trumpeter Diego Urcola was spotlighted on his own beautiful “Blue Tango.”

Rene Marie opened the day (Jazz at 10 a.m.? Yes, in Sedona) with Nina Simone’s “Feeling Good” on a sunny, breezy morning. She blended standards and personal material, including “The Caged Bird” and the playful “Rim Shot.” Klugh nicely blended several breezy versions of standards into his contemporary pop-jazz set.

Walker’s midday Sunday closing sets at the Hilton brunch showed the degree to which the singer is very much a cool, vocal storyteller. Tops were “Return to Me,” “Forget Him,” a Gary Bartz arrangement of “Miss Otis Regrets” and “Mr. Bojangles,” with the latter included, Walker said, because life is a dance. It was also a treat to hear Ozone in a role in which I had never heard him live before: as a splendid accompanist.

The festival added a second stage for performances by the festival’s youth band and young all-stars between mainstage sets on Saturday. The Saturday festival event is a benefit to raise funds for jazz education throughout Arizona.