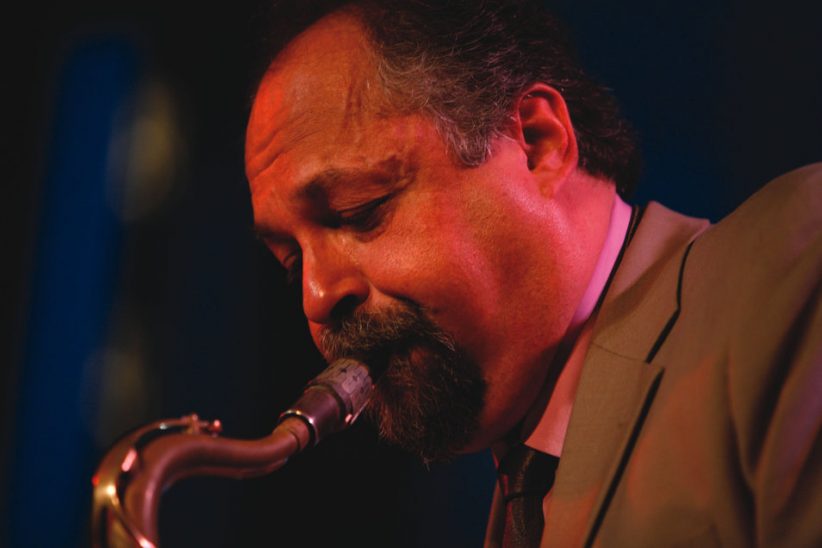 There are few musicians, if any, jazz or otherwise, who have constantly and consistently pushed the boundaries of structure, tonality and rhythm with the longevity and uncompromising approach of pianist Cecil Taylor. Along with Ornette Coleman and Sun Ra, Taylor revolutionized jazz improvisation and composition in the mid-to-late ’50s-neither Coltrane nor Miles had at that point truly begun to explore the outer regions of composition, and the former was undoubtedly highly influenced by the groundbreaking trio. That the 77-year-old Taylor has continuously recorded and performed extremely challenging music for over 50 years without one blemish of commercial drivel is an extraordinary feat in itself.

Seeing Cecil Taylor live is only predictable in the sense that you know you’re going to hear unbridled improvisation eternally searching for lost chords, alien harmonies and fractured rhythms and melodies. Unlike with some elder jazz statesmen, who often sink into easy sentimentalism or synthetic instrumentation (i.e., synthesizers over pianos), Taylor aggressively attacks each set-even during his more placid moments, an element of aggression exists-with an open mind and the will to discover new sonic territory. His performance at the Jackie McLean-founded Artists Collective was no exception.

Aside from perhaps a cathedral, Taylor couldn’t have played a more appropriate venue than the Artists Collective, the non-profit cultural institution established in 1970 by alto sax legend Jackie McLean and his wife, Dollie (along with local artists Cheryl Smith, Ionis Martin and Paul Brown). Located in the heart of Hartford, sitting defiantly against yet amongst the dilapidated slums and ghettos that have plagued the city for years, the Collective offers inner-city youth alternatives to violence, drug abuse, inadequate public education and spiritual degradation by providing year-round training in music, dance, drama, visual arts and even martial arts, emphasizing the African Diaspora. In a downtrodden environment like Hartford, Taylor’s incessant search for soul/truth via total freedom can be viewed as a tool to escape such clutching constraints.

Joining Taylor for this engagement-and making it even more special-were bassist Henry Grimes (who, until a couple of years ago, had not picked up a bass in roughly 35 years) and percussionist Pheeroan akLaff. The 71-year-old Grimes was an early pioneer of free jazz and supported Taylor on his 1966 Blue Note albums, Conquistador and Unit Structures, as well as the 1961 Gil Evans/Taylor “collaboration” Into the Hot. The much younger akLaff, who came of age in the ’70s loft era, had played numerous live dates with Taylor since the ’80s, but due to Grimes’ lengthy inactivity, this was the first meeting between the three.

It’d be pointless to offer a play-by-play-type of review, as this trio lacked songs or even discernible structured movements. They played two sets-an intermission separated them-the first roughly 40 minutes, the second around 35, both featuring ebb-and-flow energy, quick-draw response and reaction, and a stunningly colorful textural palette considering the stripped-down piano/bass/percussion instrumentation. From the moment Taylor strode onstage, looking like a decathlete (in sneakers, track pants, tank top and skull cap), his nimble fingers searching out chromatic and jagged melodies with irregular intervals, the music was relentless. Grimes, in a business suit sporting a green headband, plucked staccato bass lines around abstract walking figures, occasionally taking out his bow for screechy, keening arco passages. akLaff-playing a five-piece kit with high-pitched toms and augmented percussion (small gongs and tiny cymbals)-held everything together with constant, pulsating polyrhythms and various approaches, from playing the heads with his hands to using brushes to assaulting the toms in a furious flurry. He showed an extraordinary light touch, even when playing fast, never stomping on the bass drum pedal too hard or too much. And all throughout and within and all around this intense, kinetic activity was Taylor, comping “wrong” chords, utilizing the whole range of piano, damping and undamping the pedals, letting the lower register drone like a violent thunderstorm and killing the upper-register notes like shards of broken glass piercing the skin.

This was total freedom music, reliant on dynamics and transition. Taylor once remarked that he “tries to imitate on the piano the leaps in space a dancer makes,” but he goes well beyond that, mimicking every move a body part makes and every facial contortion expressed. With no harmonic structure or melodic resolution to depend on, to attain success the music has to maintain rhythmic progression and vast, expansive textures and almost telepathic communication, as the improvisers must understand each other and be in tune with their respective emotions and strengths. All three are highly sympathetic players, and it clearly showed. Each set flew by in a wondrous haze, like a meteor or comet hurtling through the night sky, fleeting and beautiful but impossible to grasp, except only in snippets of memory. I can’t recall a single melody from that night, but I can certainly recapture the thrill of swimming-or just being immersed-in mysterious, dark waters. More than anything, their music resembled a breathing Impressionist painting, vibrant colors and unrecognizable shapes blending and bleeding, yet somehow retaining an organic quality that made sense, especially when viewed with a little distance and time.

Grimes was a pleasant surprise, as it seemed like he never really left the avant-jazz milieu. Admittedly, he wasn’t as sharp as he was in his mid-’60s heyday, but for someone who completely gave up for three and a half decades, his skill was commendable. Together, this particular Cecil Taylor Trio succeeded in creating two distinct works of art that likely affected themselves and the audience. If there was one element that was not ephemeral, it was inspiration.