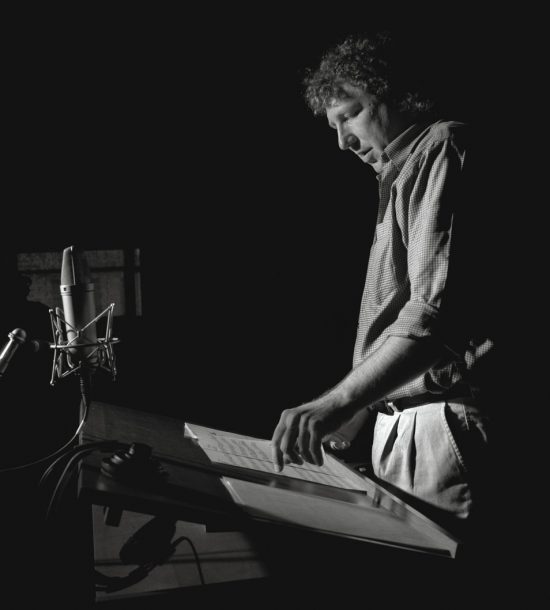 The business of paying tribute to this or that classic jazz album/artist/label/floor wax/dessert topping continues unabated, signifying who knows what (my surmise: endemic sentimentality and/or a lack of artistic vision, combined with an understandable desire on the part of musicians to play music that has a proven, built-in audience). On its face, Bob Belden’s homage to Miles Davis’ germinal 1969 recording Bitches Brew promised to be more successful than most such projects, if only because electric Miles has more contemporary relevance than the usual, more geriatric objects of ancestor worship. In any case, Belden aimed for a retrofit, retaining elements that identify the album, while embracing certain contemporary techniques and technology.

Belden convened a formidable sextet for this live realization. Some of the sidemen adhered more closely to the original concept than others. Trumpeter Tim Hagans, for example, was Miles-ian from head to tone. His vibrato-less open-horn sound-saturated with delay and reverb-was a dead ringer for Bitches-era Miles. His phrasing was a bit more foursquare than Davis’, but in terms of inflection and overall melodic concept, he channeled the master. Keyboardist Scott Kinsey’s contribution was a slight elaboration on the source. His main axe was a Nord Electro, a virtual electromechanical instrument designed to recreate certain vintage keyboard sounds-among them the Fender Rhodes used on Bitches Brew. by Larry Young, Joe Zawinul and Chick Corea. Kinsey’s work captured the essence of the original, right down to the occasionally overdriven amp. His use of effects differed somewhat, owing to the use of technology that didn’t exist in 1969 (specifically, digital signal processing and sampling). On soprano sax, Belden played an important, if complementary role, much as Wayne Shorter did on the original sides. Belden’s concept was Shorter-ly, without a doubt. Like Wayne, Belden was aggressively reticent. His technique was impressive, his restraint perhaps more so.

Since Bitches Brew was recorded, electric rhythm section concepts have changed to a greater extent than horn playing. It is therefore no surprise that the other band members took a more modern approach. Turntablists didn’t exist in 1969, so everything DJ Logic did was necessarily a departure from the source. Logic’s job was to provide the type of backing textures that on the original were created by the use of multiple keyboards and horn players. He did so adequately, if a bit timidly. Matt Garrison’s post-Jaco style of bass playing didn’t exist in 1969, either. He laid down solid grooves, but more impressive was his extreme dexterity. Garrison filled a melodic space I associate with bass clarinetist Bennie Maupin on the original.

Guy Licata is one of a small-but-growing number of young drummers attempting to adapt the irregular, constantly shifting rhythmic patterns of computer-based beat-slicing to live percussion. I’ve heard few do it as well-and fewer still who have built their style so completely around the practice. His hyperactive drum & bass-style grooves occasionally went awry; keeping it together while generating so much activity is a daunting task. To his credit, Licata mostly kept it together, creating no small amount of interest and excitement. He seemed uncomfortable when called upon to embroider the freer passages-he’s no colorist-but all in all, his playing was the music’s most original element.

The group played the “tunes” in the order they were presented on the record. Much of the success of Bitches Brew had to do with the pacing that resulted from the post-production cutting-and-pasting of the collective improvisations. It’s hard to replicate that live (it’s also worth noting the irony of trying to reverse-engineer a live performance of music that was so much a product of the recording studio). Some of Belden’s realization had a rather directionless feel, as if the musicians were marking time, considering where to go next. There’s a bit of that on the album, as well, but it seemed to serve a compositional purpose. In the concert setting it simply came off as indecisive.

Solo-wise, there were some fine moments, as you’d expect given the caliber of musicians involved. I have little doubt, however, that had Belden simply left the players to improvise together freely, they would have come up with something more compelling. Certainly it would’ve been more organic.

Tributes like this gratify by reminding the listener of the subject’s greatness, yet they almost never satisfy on a deeper level. When a band recreates something at such a distance, the music is manifestly less personal and therefore not as vivid as it might be had they been left more to their own devices. Miles was famous for allowing his sidemen maximum freedom to create within a loosely defined framework. Never was that technique better used than on Bitches Brew. The mere fact that Belden’s group was attempting to mimic the characteristics, contours, and in some cases the literal ambience of the album, served to deny them the freedom Miles gave his players.

One might say in defense of Belden that sounding like the original was the point; after all, it was a tribute. I would respond that an artistic (as opposed to sentimental) success would have involved taking lessons learned and applying them in a more personal, less explicitly derivative way. In some ways, the performance was different from the album that inspired it, but not enough to stand on its own. It worked as nostalgia. As a listening experience, it was ordinary. I was left with a “been there, done that” feeling, which isn’t something I care to take away from a jazz performance.