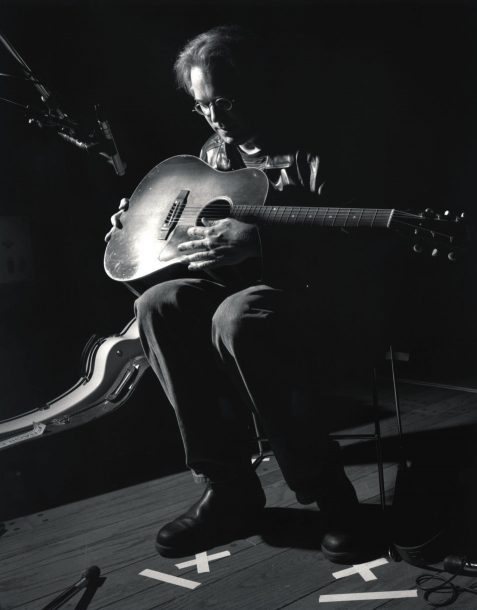 Bill Frisell is nothing if not eclectic and his albums continue to defy expectation and convention. Long considered one of the most adventurous guitarists on the jazz scene, Frisell incorporates elements of rock, country, blues, world music and Monk-ian whimsy into his own uniquely American vision. Not surprisingly, he never rested on any single influence for more than a moment when he performed at George Washington University’s Lisner Auditorium.

In an illustration of Frisell’s ceaseless progress, he played not a single tune from his Grammy-winning record. Instead, he lead his eight-piece Unspeakable Orchestra through a set of nameless works, the majority of which highlighted the string section’s ability to create beautiful and sparse moments of music. Kenny Wollesen’s loose body language behind the kit translated into the rhythmic elasticity necessary to support Frisell’s airy compositions. Wollesen also turned in some wickedly creative cymbal work and snappy transitions into straighter, dance-worthy beats.

Greg Miles and Ron Tardy came alive during the night’s pair of recognizable compositions, Monk’s “Jackie-ing” and Sam Cooke’s “Change is Gonna Come.” The latter tune gave Miles-a supremely lyrical trumpeter whose timbre and harmonic whimsy changes the atmosphere in the room whenever he blows-plenty of room to stretch out in between Frisell’s emotive playing.

This ensemble performed music that wobbled precariously on the edge of many styles and motifs, constantly on the verge of something great or disastrous. Thankfully, the leader wouldn’t have it any other way.