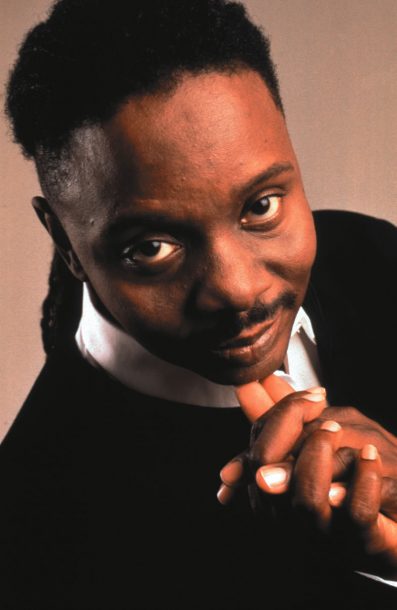 His was the soaring supple falsetto voice on “Reasons” and the modulation-manic “After the Love Has Gone,” and scores of other tunes running through the heads of pop radio listeners and Earth, Wind and Fire aficionados alike. And Philip Bailey, like other E,W&F members, musically was as grounded in jazz as other elements. During their late ’70s hit parade, E,W&F managed to inject more jazz elements into commercial radio than just about any group. The original goal of Bailey’s new current solo album, Dreams (Heads Up), was to pay tribute to the jazz he was weaned on as a young singer and drummer growing up in Denver, but it turned more “radio-friendly” along the way.

As Bailey said in an interview, on a break from an Earth, Wind and Fire reunion tour, “I was thinking that we would do a record of standards, but (Heads Up founder) Dave Love wanted a record that was a little more Adult Contemporary, with jazz overtones, matching me with different instrumentalists.”

Said instrumentalists include George Duke, Grover Washington, Randy Brecker, Gerald Veasley and Gerald Albright. And he did it without leaving his home studio, sending tapes to various places-better living through digital technology. “It’s amazing for the project to come out that cohesive, sounding the way it does, given the fact that nobody saw each other.”

The album’s prizes include a swinging, swaggering version of “This Masquerade Is Over,” a brooding minor mode version of Bread’s “Make it With You,” and a hip arrangement of the old Earth, Wind and Fire tune “Sail Away.” The real jewel, though, is a vocal version of the tune “Something to Remind You,” written by Pat Metheny and Lyle Mays, with a guitar cameo by Metheny.

As it turned out, when Bailey contacted Metheny, the guitarist expressed his deep admiration for E,W&F sophisto-funk, mentioning that this song was particularly influenced by the group. Bailey had his son, Sir Bailey, write lyrics, and the end result is a beauty.