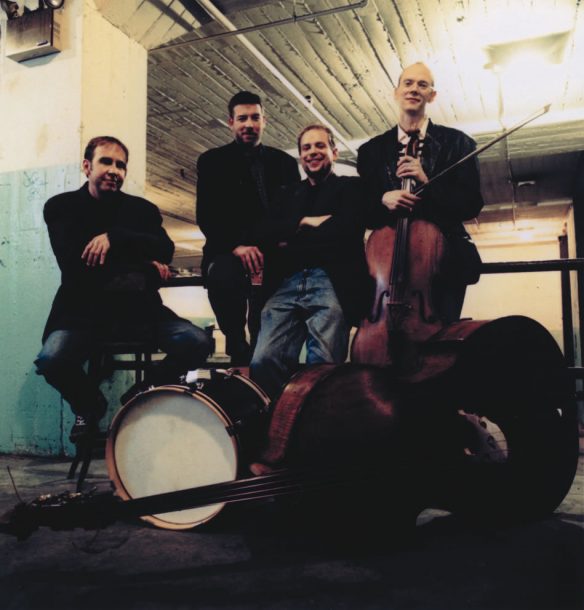 Since arriving in New York from Oregon in 1983, drummer Phil Haynes established himself as a potent force on the downtown composer/improviser scene. Founder of the legendary Cornerstore Syndicate New Jazz Festival (a prototype for the Knitting Factory’s What Is Jazz? Festival), he has appeared on more than 30 albums in the company of such forward-thinking, fiercely uncompromising colleagues as Dave Douglas, Mark Feldman, Tim Berne, Herb Robertson, Paul Smoker, Gebhard Ullmann and Don Byron. So what’s a cat this hip doing with tunes like “Oh Susannah,” “She’ll Be Comin’ Round the Mountain” and “Jeannie With the Light Brown Hair” on his latest recording, Phil Haynes & Free Country (Premonition)? Blame his family.

“This was music that I grew up with,” says Haynes. “Me and my parents and grandparents would sing these tunes around the campfire. So it’s got a really nostalgic, romantic feel for me.”

Haynes had shopped the idea of an Americana project several years ago for his quintet, 4 Horns & What? “Of course, I didn’t hear anything,” he says. “A friend later suggested the same idea but using [guitarist] Jim Yanda. Jim grew up playing both kinds of music-country and western. But he also fell in love with jazz during college. I also knew that I wanted to get [cellist] Hank Roberts and [bassist] Drew Gress for the band. We had played together on Andy Laster’s Twirler 10 years ago and I remembered the incredible chemistry of that rhythm section. So you’ve got Jim with his deep roots, then you’ve got Hank who grew up playing barn dances with his grandfather in Indiana. But they’re both basically improvisers. So all you have to do is just put out these tunes and what they’re going to give you back is authentic in this weird way. It’s like grabbing music from a different genre and letting these guys have their way with it.”

Their all-acoustic renderings of such pre-jazz, 19th century folk pieces as “Shenandoah,” “My Old Kentucky Home” and “Old Joe Clark” are tweaked with edgy downtown tendencies and underscored by Haynes’ deft, swinging brushwork and interactive touch with the sticks.