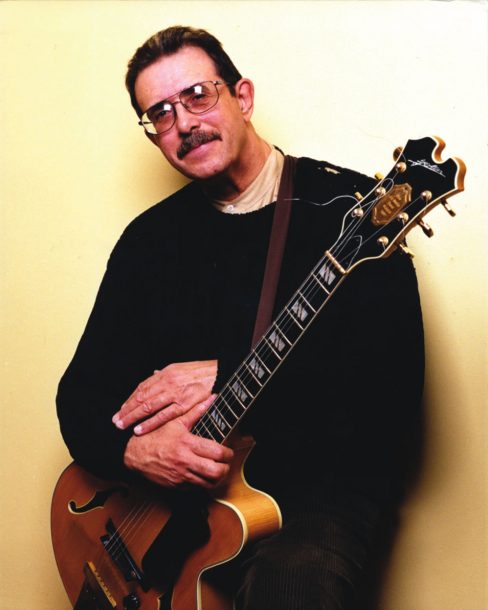 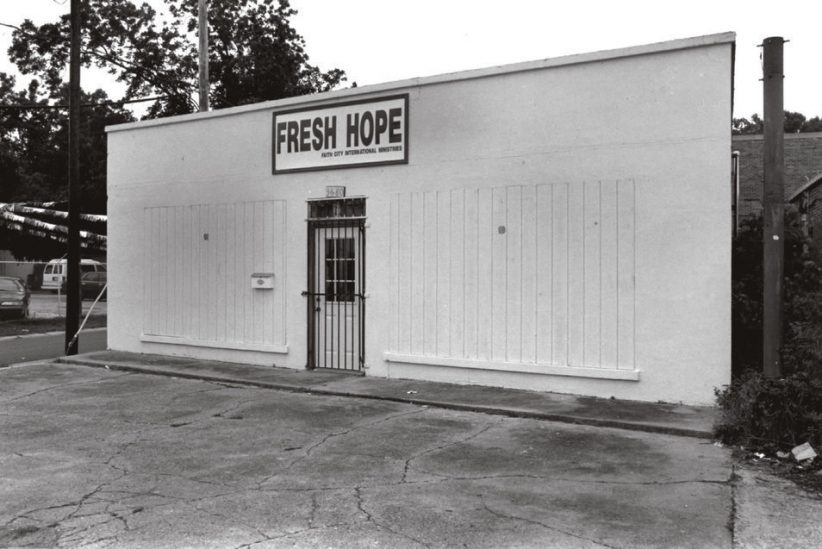 A Photo by Peter Leitch

I’ve always been interested in photography, going back to high school. But then I discovered music and that was it for photography for the next 30 years.”

Between sets at Walker’s, the classic old-New York watering hole in Tribeca, veteran guitarist Peter Leitch put down his Hofner archtop to talk about the exhibition of his photographs, “Mississippi and the South,” on view in Newark, N.J., at NoJon, the art gallery of jazz radio station WBGO.

The work-stark photos of locations that recall Walker Evans’ famous 1930s images-came from several trips Leitch made driving through Mississippi and Louisiana, “the places where the music came from,” says Leitch. “They’re not necessarily music-related photographs; they’re just photographs of the social landscape and the architecture, what it looks like today.”

Among the spots Leitch photographed were Dockery Farms, the plantation where bluesman Charley Patton worked in the 1920s; Tutwiler, Mississippi, where W.C. Handy first heard the blues; and the Mississippi Delta area where Robert Johnson made his pact with the devil and died after messing with the wrong woman.

“The interesting thing about that-there are these two little Baptist churches about a mile apart and they each have a Robert Johnson grave and gravestone. Each claims to be the authentic one. It’s a very complicated story.”

Leitch, who plays his own version of the blues on his recent solo disc, Self-Portrait, on the Jazz House label, has led regular Sunday 8-11 duets at Walker’s for more than a decade. “I’ve been very fortunate,” he says, “to have this gig because I’ve been able to develop intimate musical relationships with some great players: Gary Bartz, Ray Drummond, Dwayne Burno, Sean Smith, Charles Davis.”

It was also because of Walker’s that Leitch picked up a camera again. “I was always looking at photography. Then one of the bartenders here, who was a guitar student of mine, was also a very good photographer and printer. I told him I’d like to get into that and he said, ‘Well, why don’t you come into the darkroom with me?’ And that was that. He showed me the basics of printing and it got a lot more serious than I ever thought it would.”

Leitch also photographed his hometown, creating noirish cityscapes that make New York look unchanged since the days of the big bands, and he has shot classic street photography exploring the interaction of people and the urban environment.

“Out in the street you’re operating in the moment, like when you’re improvising,” he says, outlining the connections between his twin pursuits. “The darkroom process is analogous to the studio process, to the mixing and mastering. You’ve got your negative, or your tune on tape, and you then take it and print it or mix it. You could go even further. I like to think that the highlights in a photo-the bright white areas-relate to the treble in the audio spectrum and the dark shadow areas are like the bass, and all the gray areas in between are the midrange. There are a lot of parallels.”

Leitch’s interests intersect in his series, “The View from the Bandstand,” action shots of musical “friends and colleagues and heroes,” among them Ron Carter, John Hicks and Elvin Jones, as well as a number of guitar greats like Kenny Burrell, Tal Farlow and Jim Hall.

However, on one recent night Leitch was about to leave the present-day jazz world to embark on another adventure through the musical past of Tennessee and Mississippi, ending up in the Crescent City. “The music really did come up the river from New Orleans, you know. It didn’t come down I-95 from Boston.”