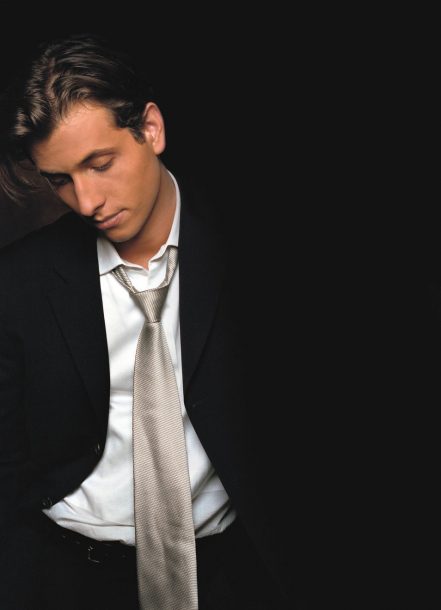 Peter Cincotti’s storybook journey to stardom began 12 years ago with a nasty case of the flu. As the convivial 19-year-old singer-pianist recalls, “When I was seven, my cousin told me about this guy named Harry Connick Jr. who was playing at the Village Vanguard. I was all excited to go, then got sick at the last minute. My mother, sister and cousin went. My sister got backstage and told Harry, ‘My little brother’s a piano player, too, but he got sick and couldn’t make it.’ I’m home in bed and my father says,

‘Harry Connick’s on the phone.’ I couldn’t believe it! So, I’m talking to him, and he says I should send him a tape.”

Cincotti, who first tickled the ivories at age three and started singing at 15, can’t recall what was on that tape, but remembers it landed him an invitation to Atlantic City, where Connick invited him on stage. He has since become the youngest headliner in the history of Manhattan’s fabled Oak Room, filled the title role in the off-Broadway production of Our Sinatra, played the White House and toured with Connick.

Though by now he should be used to fortuitous breaks, he confesses that he “flipped out” when Phil Ramone offered to produce his debut album. Initially intimidated by Ramone’s legendary status, Cincotti quickly learned the producer is “just such a down-to-earth person. After talking to him for five minutes it’s like being with your best buddy, which is good because you really get a chance to focus on the work.”

The eponymous result, recently released by Concord, suggests a swaggering blend of Connick and Bobby Darin. Cincotti proves his young mettle with smoldering covers of “Comes Love” and “You Stepped Out of a Dream,” a hauntingly good “Nature Boy” and a sexy “Sway” that makes Dean Martin sound pious by comparison. He adds three tunes cowritten with his mother, including the saucily autobiographical “I Changed the Rules.”

Crisscrossing the country for concert dates, Cincotti is currently trying to find time for his studies at Columbia University while adjusting to the heady publicity demands of freshly minted fame. He admits it’s tough getting used to all the attention, especially from the likes of Jennifer Love Hewitt (who had to decline an invitation to his high school prom but sent balloons) and Dustin Hoffman (who joined him at the Oak Room piano for an impromptu duet). “All I can say,” he laughs self-consciously, “is that it is very strange.”