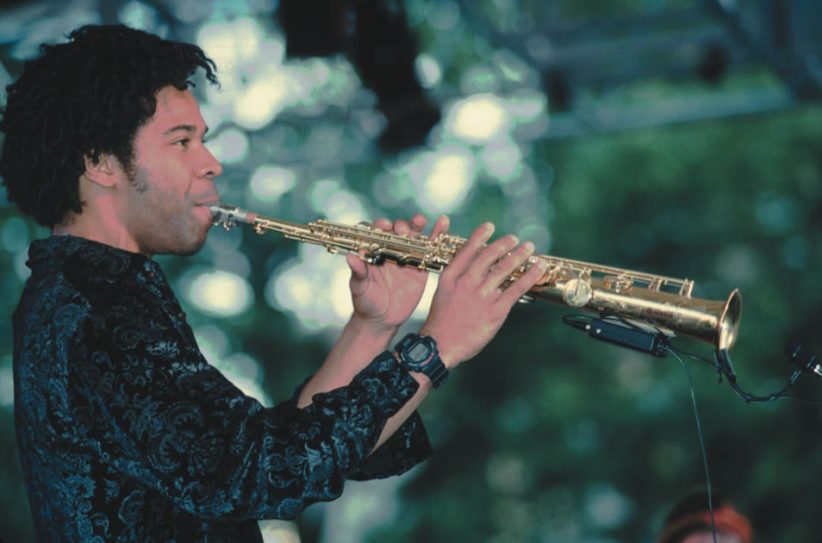 There is nothing new about women swooning over pop stars. But breaking into a sweat over a smooth jazz player? Sultry, dreadlocked saxophonist Paul Taylor has the sound that makes them swoon, especially when he breaks out the heavy artillery in concert: “Deeper,” a ballad with an Art of Noise riff and female voice moaning over sweet soprano lines.

Taylor aims for romance again on his third CD, Undercover (Peak/N-Coded), 10 hits of pure sex appeal. No matter that he’s a family man with a nice house in Las Vegas, where he moved after getting a full music scholarship to the University of Nevada, Las Vegas. “Oh, my wife doesn’t mind at all,” he says. “She supports me 100 percent and besides, I don’t take it that far.”

Taylor is glad to have a new CD: it’s been three years since Pleasure Seeker (Countdown/Unity), and Undercover was in the can for a year before a deal was ironed out with the new label. The sound on Undercover is softer around the edges, and has a mix of soprano and alto. “I love R&B and wanted to incorporate more of that,” Taylor says. “There are more urban-flavored beats, but it all still has a good jazz vibe.” The CD has several producers, including Dino Esposito, Scot Rammer, Maurice White and some added work from the Rippingtons’ Russ Freeman.

Taylor is a force in smooth jazz now, but it wasn’t long ago that he was itching for a break. He got one when Jeff Lorber signed him to play with his band at the 1994 Catalina Island Jazz Festival. The husband-and-wife composing team of Keiko and Kazu Mazui were in the audience and were taken with Taylor’s energy-and playing. Taylor subsequently played on three Keiko Mazui CDs and also can be heard with the Rippingtons, Steve Oliver, Third Force, Akira Jimbo and Alphonse Mouzon.

“I think I’ve found my sound now,” Taylor says, referring to his languorous grooves. “If people want to call it sensual, I’m very happy with that.”