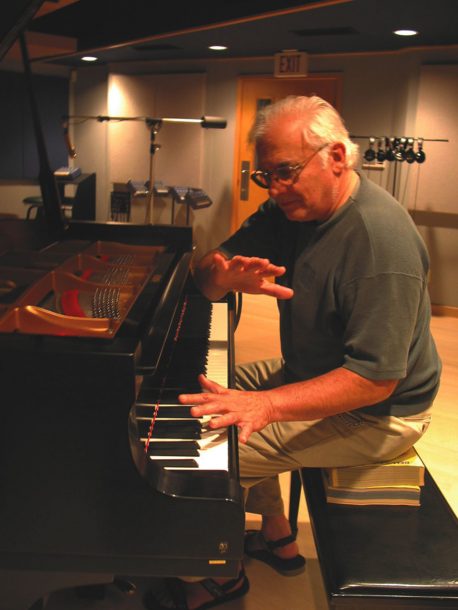 Paul Bley, in 1964, said, “The body of music that exists is like a river meeting a dam-constantly accumulating. Finally it will break through. … The seeds of the solution always exist in the music itself.”

This album is like that. From the first of the 10 “Mondsee Variations,” we hear fragments accumulating, melodies half-familiar, concepts posited, forays searching for form, then relationships revealed and breakthroughs occurring, not as final resolutions but as ways to go on contained in the music itself.

Solo in Mondsee is Bley’s second solo album for ECM. (The first, Open, To Love, came 35 years ago. Only ECM would dare call the new album a sequel.) It is a work of liberating spontaneity, only possible from an artist who has been working to distill his expression to a pure core of clarity for over six decades.

Bley occupies a position in the history of jazz somewhat analogous to that of Lennie Tristano. His prestige and influence have been enormous, yet for many he is a master more read about than heard. For those who feel that they have somehow missed Paul Bley, Solo in Mondsee awaits. Every node that becomes a “Variation” is individually a rich repository of potential, whether short, cryptic codes like “III,” an experiment that becomes a song that needs lyrics, like “X,” or a constellation of notes that wheel as slowly as stars, like “VII.”

But over time the separate identities of 10 pieces are lost in the journey. The suite is the creative process itself, the river way over the dam, revelations discoverable by no other means.