Skip to content
Become a member and get exclusive access to articles, live sessions and more!
Start Your Free Trial
Home > JT Archives > Patricia Barber & Kurt Elling: The Art of the Song 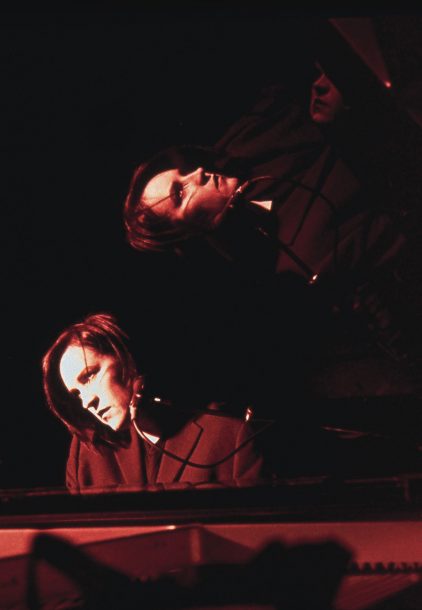 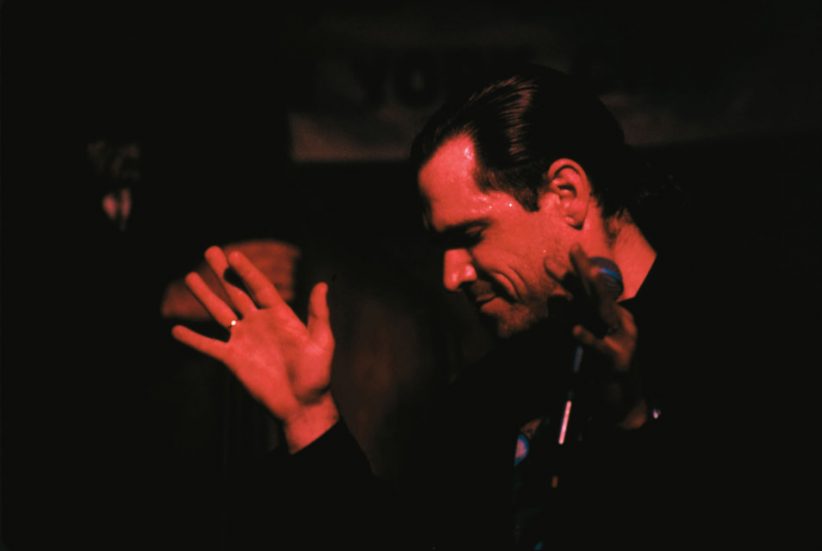 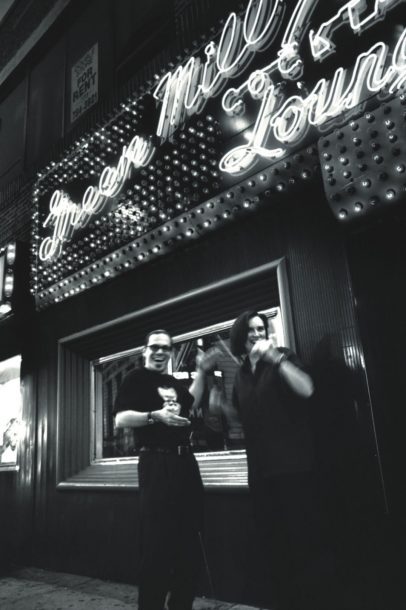 In Chicago, the two internationally known artists who call the Green Mill their second home-Patricia Barber, who plays there each Sunday and Monday, and Kurt Elling, who holds down Wednesday nights-have gotten used to large and enthusiastic crowds. Both of them have rabid regular followings who follow their progress, if not week-to-week then at least month-to-month; besides, the Green Mill itself is a lure, one of Chicago’s two or three most popular jazz spots, drawing grizzled jazz fans as well as peach-fuzzed neophytes to its dark, woody, roaring ’20s-vintage interior (which has graced several feature films during the last decade).

For all that, the response during the third week of July 1999 still left its mark on both Elling and Barber, along with their respective managers and record producers. The week even exceeded the expectations of Dave Jemilo, the Green Mill’s overtly blue-collar owner-and to hear musicians talk, maybe the best-loved clubowner in all of jazz.

Explains Elling: “Some people play this game of respecting jazz artists. But here’s a guy who actually digs the people he hires and lets them run with the ball-as if they know what they’re doing. That’s news right there.” And Barber credits Jemilo with providing the environment in which she could start writing the witty, provocative originals that are responsible for her recent success. “I developed a strong knowledge of standards at my last club,” she says, “but I wasn’t allowed to spread my wings artistically. Dave allowed me to support myself while I started using my imagination, which then could realize itself on stage.”

In May, both Blue Note (Elling’s label) and the Chicago-based Premonition Records (Barber’s) had indicated their desire to go remote for their singers’ next discs, using the Green Mill as the setting; it was Jemilo who then hatched the plan to record the two “live” albums in one week, back-to-back. The fact that Premonition had recently entered into a distribution partnership with Blue Note helped smooth the process. It also prompted a small delegation of Blue Note bigwigs to jet in for the proceedings, arriving in time to hear Elling host vocalese legend Jon Hendricks Friday the 15th, then staying Saturday for the first of Barber’s three nights.

Said Tom Evered, Blue Note’s general manager and senior VP, who accompanied label head Bruce Lundvall to Chicago: “It’s a fabulous place, and to see everyone there, and the crowd hanging out, and then a second band coming in to play till 4 or 5 in the morning… No matter where you record something, there’s no substitute for actually being there. We want to get across the Green Mill as a place where the music evolves, a sort of ongoing workshop where Patti and Kurt have forged their music over the years: the sense of risk as well as relaxation, of doing it there without a net and the audience completely supporting them.”

The Green Mill has led a Chicago jazz boom in the ’90s-clubs full, new artists emerging on the national scene, older stars gaining long-overdue adulation. But this activity has rarely translated to that oxymoronic highlight, the “live album.” Blame a combination of factors. Most musicians can’t command such a project from their record labels till they’ve paid some dues, and until recently, most of the hot Chicagoans headed for New York as soon as they could swing it. And for established artists, New York, Los Angeles, and the Bay Area all offer more opportunities for in-concert recording; in Chicago, only one club, the Jazz Showcase, consistently books international stars. (What’s more, they often perform without their working bands, because air fares from either coast to Chicago are high-as is the caliber of local musicians they can work with when they get here.)

As a result, the six nights of recording generated a considerable pre-performance buzz: “Blue (Note) in Green (Mill)” read a headline in the Chicago Reader-despite the Chicago Tribune’s cavalier dismissal of the project. “Live recording sessions have become almost routine in Chicago jazz clubs,” jazz critic Howard Reich claimed, inexplicably; in fact, the last time a major label set up the microphones for a “live” album at a Chicago club was 1993, when Telarc recorded Ahmad Jamal’s Chicago Revisited, and nobody can recall a situation in which one club ever hosted two such productions, one after the other.

At his weekly Green Mill shows, Elling and his steady trio (pianist and producer Laurence Hobgood, bassist Rob Amster, and drummer Mike Raynor) usually feature a special guest. For the recording (due on U.S. shelves in January), they host different visiting musicians each night. “The real reason to have guests,” Elling later explains, “is not to complement your thing, but to pull you out of what you ordinarily do. Those are always our best times at the Mill, when there’s this clear movement away from what we already have: it just freshens it up so much.”

Wednesday brings percussionist-vocalist-bandleader Kahil El’Zabar to the Mill, a collaboration represented on the new disc by a simmering version of Sting’s “Oh My God;” Thursday, Elling offers his own take on the Three Tenors, with his mentors Von Freeman, Eddie Johnson, and Ed Petersen (whose Green Mill showcases in the early ’90s served as a launch-pad for the singer); and on Friday, Jon Hendricks lends his imprimatur to the project and, by extension, to Elling himself.

Of his generosity in sharing the stage with what amounts to an older brother and various musical uncles, Elling explains, “Kahil and I have this special hookup, which admittedly is testosterone-based. But he also has an artistic dignity that I can easily forget about without someone like him to remind me, because it’s always under attack from the daily grind. And Von, and Eddie and Ed, they were supporting my thing before I even had a thing. So now it’s payback time. I have a platform where I can say, “Dig these cats. Dig this sound. Dig what we’ve got here in Chicago-a magical bunch of guys who can make beautiful sounds and tremendous personal statements.’ Not in order to ‘show something,’ like young lions trying to make a name for themselves. These guys are beyond that. They play this way because that’s who they are.”

The three-night recording session offers another hallmark of Elling’s Chicago shows-his obsession with writing and introducing new material, even in the hair-raising milieu of producing a live disc. “I like new tunes,” says Elling; “We’re at the Mill almost every Wednesday, and every time I perform I’m my first audience-and I get tired of doing the same songs. I don’t want to fall into a caricature of myself, here at 31.” So he unveils two pieces new to his audiences: a remarkably inventive vocalese lyric set to John Coltrane’s solo from “Resolution,” the second movement of A Love Supreme; and a far simpler poem, incorporating excerpts from Pablo Neruda’s Book of Questions, to a little-known Vince Mendoza composition, Esperança.

The new material is a hit, and on the last night, Hendricks shows that he still knows all his old tricks, with scat solos that catch every insinuation of a great saxophone stylist. By the time local radio host and saxist Barry Winograd arrives to lead the all-night jam session (till 4 a.m.), everyone from Lundvall on down feels they have an album-maybe two.

Starting the following night, Patricia Barber-the finest vocalist-plus-pianist in jazz since Shirley Horn-shows she also has a few tricks up her black worsted sleeve. These include new arrangements of ’60s pop icons (“The Beat Goes On,” “Black Magic Woman”); a controversial new composition of her own, destined to make some noise on radio (“If This Isn’t Jazz”); and a new instrument, the Hammond B-3, which she has rarely played in public. Her quartet, incredibly tight and confident, doesn’t usually open the door to sitters-in, but they’ve expanded to include percussionist Ruben Alvarez for all three dates; and one night, vocalist Jason Narducy (from the alt-rock band Verbow) splits the lyrics with Barber on “Touch of Trash,” one of the best tunes from her chart-busting 1998 album, Modern Cool.

Barber uses the organ sparingly, spicing a couple of the tunes with cool, spooky accents. The use of the organ comes as a surprise to listeners who thrill to Barber’s elegant touch and swan-necked improvisations on the Mill’s nine-foot grand piano. “I think it’s the cutting edge of the sound that I wanted for this particular record, because I would call this material brash. I wanted a brash, bold instrument, where the actual sound would allow me to play shorter ideas, more separated by silence, that still make an impact-because of the piercing sound, which almost makes a statement all by itself.”

As for her decision to cover tunes made famous by Sonny & Cher and Santana, and to work with a modern rocker, Barber offers her hope that this will be interpreted “either as blasphemy, or as a cheap-tricks attempt to get attention. Nothing in between, please.”

Barber is aiming for a “lighter” record than her last two, “a little more fun,” she says; nonetheless, the music has the same sleek, magnetic face, the same unerringly calm center, as her previous work. All weekend she works from a small set list, opting for multiple takes of the tunes she plans to put on the disc-a slightly shorter (45 minutes) and much cheaper ($9.99) album called Companion, designed to bridge Modern Cool and her next project, a standards date she’ll record next spring.

Barber’s sets contrast sharply with the hubbub of Elling’s; her recording setup offers another contrast. The Elling sets were taped in a trailer parked on Lawrence Avenue, outside the Mill’s side entrance. Barber’s “control room” occupies about 25 square feet in the airless, cramped basement of the Green Mill, where Premonition Records founder Mike Friedman, several associates, and hired-gun New York recording guru Jim Anderson, huddled around several tables set up between cases of scotch and mountains of beer, shift their attention from LED panels to the progress of two cockroaches only slightly smaller than my cat.

In gleaming gritty Chicago, in the basement of the club that Al Capone used as a northside headquarters, the beat goes on.

Peter Erskine, As It Is (ECM)