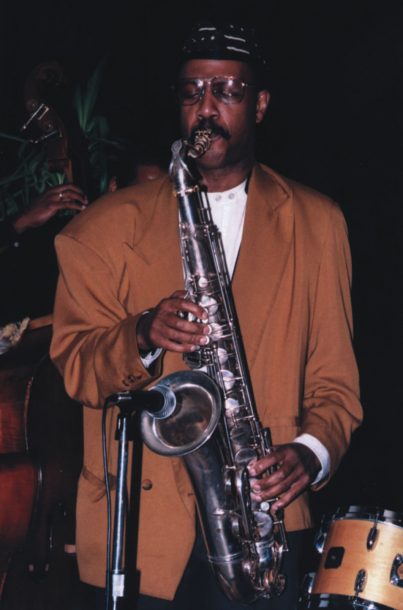 Patience Higgins is true to his name. He has waited nearly 25 years for a recording date of his own, which is not to suggest he has been idle. The New York-based multi-instrumentalist has been the quintessential journeyman, working with R&B legends Wilson Pickett and Sam and Dave, jazz institutions like the Duke Ellington Orchestra, and mavericks like Muhal Richard Abrams and Hamiet Bluiett.

Higgins’ patience has paid off handsomely in the form of Live in Harlem, the latest addition to Bluiett’s Explorations series for Mapleshade, the renowned audiophile label. Live in Harlem documents Higgins presiding over the Monday night jam sessions at the historic St. Nick’s Pub (Charlie Parker recorded there; Billy Strayhorn hung there when the club was known as Lucky’s Rendezvous). Word of the sessions spread to all corners of the music community during Higgins’ four-year tenure, and the vitality of the scene permeates every digit encoded onto the disc. In addition to Higgins’ strong quartet with pianist Lee Kurz, bassist Andy McCloud, and drummer Eli Fountain, this program of smokin’ blowing vehicles features guest spots by, among others, Bluiett and trombonist Kiane Zawadi. On disc, Higgins recently has mainly been heard on baritone with Bluiett’s Baritone Nation; here, he is exclusively heard on tenor, bringing a distinctive fire to the tradition.

“It’s rewarding to have this project out,” Higgins related recently. “I’ve been fortunate to be on a fair number of CDs with people I respect and admire like Muhal, Bluiett, David Murray, and Jimmy Scott, but it’s nothing like the feeling I have for this project. We have a good time at St. Nick’s. We get people in from all over the world, and it’s where the musicians in the neighborhood congregate. You never know who’s going to come by. Stevie Wonder came once; tappers like Savion Glover and Buster Brown show up; it’s really one of those special places where anything can happen.

“I think this record conveys the warm, exciting spiritual feeling that exists at the St. Nick’s Pub. The audience is really part of the music there. It’s a feeling that needs to be conveyed now, with the millennium approaching. It’s great that this place exists, because this is exactly the type of place we heard about when we were growing out, learning about the music.”