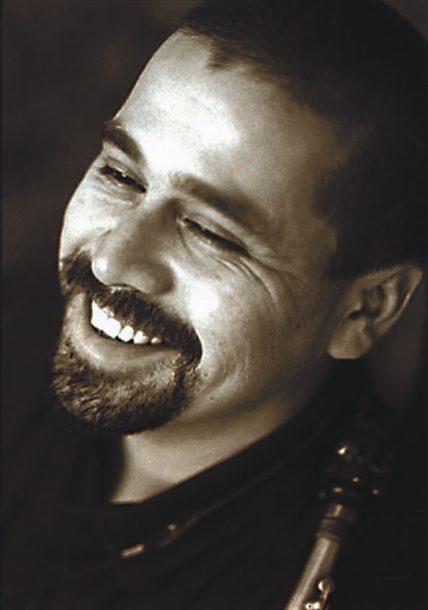 Oscar Noriega’s early experience with his brothers’ ranchera group in Tucson is a far cry from the reedist’s enterprises in his current milieu of downtown New York. But even at wedding gigs with “Hermanos Jovel”-an acronym taken from the first initials of his brothers’ names: Jaime, Oscar, Victor, Elias and Lazaro-the 10-yr-old Noriega would hold forth on the alto sax: “I loved soloing: you just close your eyes and play. At that time I just knew the tune, and I would solo off the tune, which in retrospect was the right approach.”

Noriega was lured into college when a friend arranged an audition at the University of Arizona, but school didn’t hold him for long. After a brief stay in Los Angeles, Noriega moved to Boston, where he studied vicariously through his roommates who attended Berklee and the New England Conservatory of Music. Noriega has lived in Brooklyn since 1992, and has worked with the Duke Ellington Repertory Orchestra (conducted by Gunther Schuller), the Either/Orchestra, Satoko Fujii Orchestra and Judi Silvano.

Noriega reveals vestiges of those early family mariachi stints on his debut album, Luciano’s Dream (OmniTone). The exuberance of that dance and party music translates to Noriega’s fascination for festive Balkan music on “7 of 9,” and “Funky Number 5.” But stylistic intrigues aside, it’s Noriega’s bottom-to-top, earthy and robust tone that testifies to his Tucson roots and homegrown musicianship. If the blues saturated all of Ornette Coleman’s experiments, Noriega also maintains his rich sound through endless trials of inversions as well as within the repetitive phrases he settles into on these uptempo compositions.

Noriega’s book bridges atmospheric balladry as well as the faster groove-oriented pieces. The long, lush phrases of Luciano’s Dream’s ponderous title track are especially attuned to the opulent resonance of Noriega’s bass clarinet. “I’ve always loved the instrument’s sound, which can be cutting and sharp, or round and warm,” says Noriega. “I just loved the range. I spend a lot of time working on the bass clarinet, because I haven’t been playing it as long as the alto, only 5 years.”

The album’s personnel includes trumpeter Cuong Vu, guitarist Brad Shepik and drummer Tom Rainey. At his Luciano’s Dream release party in late September at New York’s Tonic, Vu was replaced by Dave Douglas. Noriega and Douglas foiled one another phrase by phrase, note by note, tweaking intonation, bending harmonies, matching overblows, but Noriega tempered any avant-garde abstraction with his highly individualized voice, which was sometimes soulful, often lyrical and always full. “My writing has a lot of melodic thrust, and my playing is melodic,” Noriega says. “I just follow my more intuitive feelings in my approach to playing music. I do the best I can at that moment, and try to be as honest as possible.”