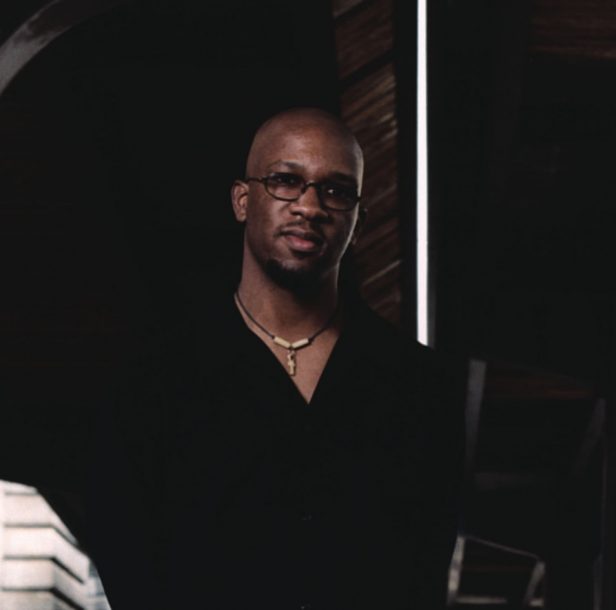 If Nike used jazz artists as endorsers, pianist Orrin Evans would be an ideal choice. He’s a self-starter, and his music exhibits the intense focus, passion and skill that marks all great athletes.

That fierce determination informs Meant to Shine, Evans’ seventh CD as leader and his Palmetto debut, after releases on Criss Cross and his own Imani label. “I believe I have a gift, and I’m going to go ahead and deal with that gift,” Evans says. “I grew up in the black church. There was one thing that I could never deal with: waiting on the Lord. I always thought that if God gave you a gift, why would He want you to wait? I always thought of it as Him giving you the ability to act on it and make good decisions. That’s pretty much what that record is saying.”

Don’t mistake Evans’ self-confidence with arrogance. While Meant to Shine does portray a bold artist, his open and deep compositions exude humility and humanitarianism. In Evans’ philosophy, “meant to shine” is for everyone, not just him, which explains why the CD includes four evocative tone poems for those close to him: Bassist Mike Boone, who plays in Evans’ Seed project, is feted on the brooding “M.B.B.S.,” and Evans’ vocalist wife, also a Seed member, is celebrated on the gorgeous ballad “Dawn Marie.” Evans’ bandmates on Meant to Shine-bassist Eric Revis, drummer Gene Jackson and saxophonists Sam Newsome and Ralph Bowen-are given plenty of room to glow as brightly as their melodically edgy leader.

Evans grew up in Philadelphia, studied at Settlement Music School and Rutgers University (with Kenny Barron) and frequently attended the Mellon Jazz workshops. Raised by a musical family, Evans insists that he “had no choice but be into music.” While he’s held the piano seat in saxophonist Bobby Watson’s band for the past five years, many people first heard him at the 1999 Thelonious Monk International Piano Competition, where he took second place. “The one thing that came out of that competition is that I became more comfortable with Orrin Evans,” he says. “As far as it boosting my career, all it did was give me a chance to put it my résumé. The point is that you use it for what it is.”

Evans is just doing it.