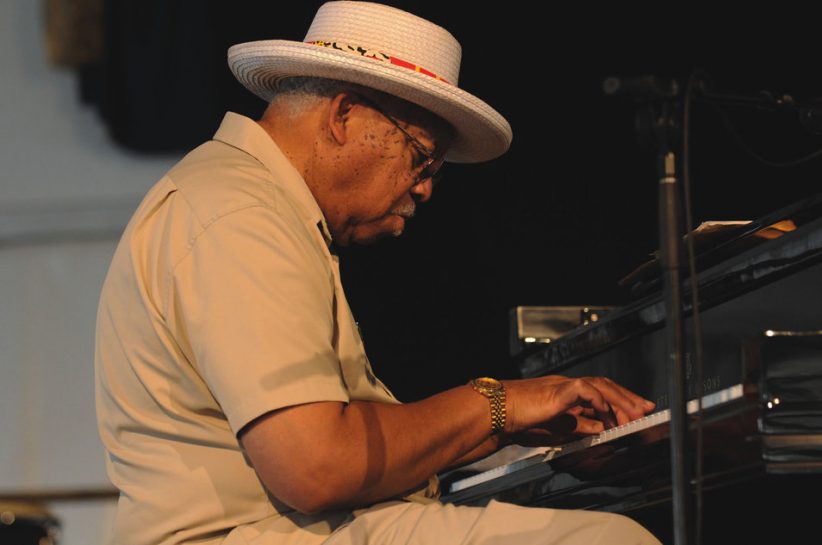 It’s doubtful that anyone ever attended one of the Rat Pack’s Vegas free-for-alls specifically to see Peter Lawford or Joey Bishop. Frank, Dean and Sammy were the big tickets. So it is with the three elder Marsalises-Ellis, Wynton and Branford-currently headlining an eight-city family tour. Trumpeter Wynton is the Sinatra of the group-hugely talented and famously temperamental, with a tendency toward sullenness; saxophonist Branford is Davis-popular yet slightly undervalued, and prone to clownish antics; patriarch/pianist Ellis is Martin-cool and self-assured, whose casualness belies the immensity of his talent.

It was the combined pull of Wynton, Branford and Ellis that recently attracted an SRO crowd to Toronto’s fabled (and acoustically-blessed) Massey Hall on an icy winter’s night. Polished, professional and occasionally profound, they fully lived up to their collective reputation as America’s first family of bespoke jazz-the musical equivalent of the Kennedys (but with better manners).

As evidenced by their soaring solos (particularly during the ensemble’s blistering “Blues for Buddy Bolden”) and superlative sparring on “Hesitation” and “Cain and Abel,” Wynton and Bradford were the show ponies. Having, thankfully, patched their long-ago professional rift, they remain eerily good at anticipating one another’s thoughts, moves and impulses. Neither has yet to find a better playmate, nor likely ever will. They got the pink spotlights and the thundering ovations.

Ultimately more interesting, though, were the evening’s workhorses, trombonist Delfeayo and drummer Jason (whose looks suggest an intriguing amalgam of Dizzy Gillespie and Will Smith). These lesser known siblings, (the Marsalis clan’s Lawford and Bishop), proved the surprisingly tart icing on an already rich cake. Arguably the most gifted of the five siblings, 26-year-old Jason is a timekeeper par excellence. His brushwork behind papa Ellis’ elegantly spare “After” was a study in subtle beauty. Delfeayo, too, though less flashy than his big brothers, added considerable spice to the family gumbo. Equally impressive was sibling-by-association Reginald Veal (an Ellis prodigy and long-standing family friend), whose exquisite bass work tended to get a bit lost in the shadows.

If, however, there was a moment to be savored most, it belonged solely to Ellis. Silhouetted in an orange pin spot, the 68-year-old statesman flew solo on the night’s only encore. His downy blend of “The Party’s Over” and “Goodbye” may not have been the stuff of legend (at least not on the scale of a certain Massey Hall summit in May 1953), but was surely the very definition of cultured showmanship.