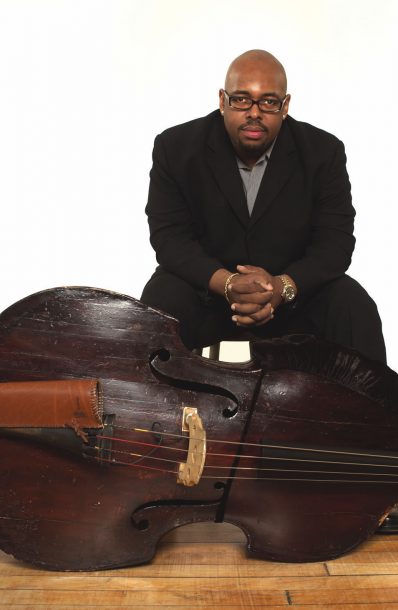 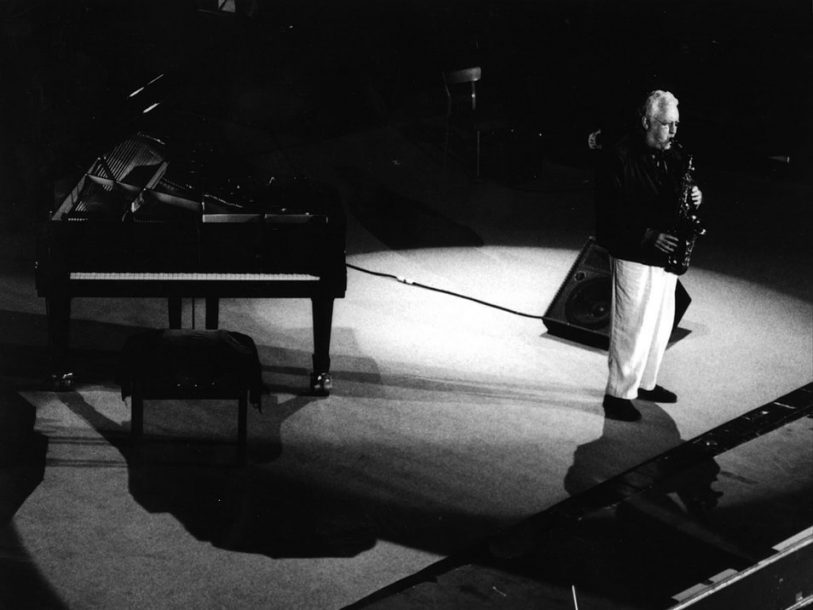 Whether by design or not, the formidable French jazz festival known as Jazz à Vienne presented an idealistic political message with its Fourth of July concert. While Americans were celebrating and questioning the new meaning of patriotism across the Atlantic, Wayne Shorter and his quartet were in the house-the house being the evocative 2,000-year-old Roman amphitheatre where the festival’s main evening concerts take place. Joining him was the rightfully esteemed L’Orchestre National de Lyon, led by its famed, risk-loving conductor David Robertson (a Los Angeles native, by the way) with aplomb, flexibility and the all-important aspects of swing and enigma crucial to Shorter’s agenda.

Voila, it was a Franco-American summit meeting on a high poetic order.

Shorter had multiple obligations: to his core band, with Danilo Perez, John Patitucci and Brian Blade cohering into one of the finer units in jazz, the fluid orchestral contingent and to his own elliptical fieriness on soprano and tenor. Shorter, riding high on the power of his recent Alegría project and a general new level of respect, is delving into orchestral settings and will no doubt learn about the variance in orchestras in jazz contexts. Robertson’s Lyon orchestra set a high standard.

Degrees of history are threaded throughout this town, just south of Lyon, which includes a 5th century Roman temple in the center of town and other ancient ruins. The historical legacy also includes, by now, its ongoing history as an important summer jazz haunt. Vienne’s after-hours concerts take place in the Cybele Theatre, just down the hill, in a venue once host to Moliere. Other outdoor stages scattered around town host visiting bands from American schools and elsewhere. When its festival time in Vienne, there’s no escaping jazz.

Like many a festival striving to balance books and public interests, they also dip into music off to the side of jazz proper, but usually with taste and intelligence. We got a New Orleans night that veered from the Los Hombres Calientes to the swampy Cajun and rock business from Zachary Richard and Willie Deville. An SRO crowd (some 7,500 strong), expectedly showed up for the Buena Vista Social Club, with Ibrahim Ferrer, going strong and suave at 76.

It’s been a bad summer for French festivals, with the strike of technicians and artists disgruntled with a new, stricter government contract regarding “intermittent” work and benefits. (Of course, the idea of government arts support is, well, mostly foreign to Americans). Renowned events, including Avignon’s theater festival, were cancelled. But Jazz à Vienne, more independent than most, fared well under the circumstances. By all reports, the downsides were a disruptive protest during the opening concert of Joao Gilberto, and the last-minute cancellation of L’Orchestre National de Jazz de Claude Barthelemy, scheduled to perform with this year’s artist-in-residence, Pat Metheny. Metheny, a handy multitasker, instead logically defaulted into a solo set, playing many tunes from his current album, One Quiet Night.

Metheny was a star of this year’s fest, especially during a potent set with a special quartet, including Michael Brecker on tenor sax, bassist Christian McBride and drummer Antonio Sanchez, a compelling force behind a kit. Their set was brimming over with go-for-broke soloing, especially from Metheny. Metheny also played “Sketches of Spain” with the chamber group Synaxis-a performance too stiff and ragged for its own good-and more commandingly as the guest in French drummer Daniel Humair’s invitingly diverse Baby Boom Quintet, an appealing variation on the model of Paul Motian’s Electric Bebop Band.

On a Saturday night, Shirley Horn lorded over a “Jazz Vocal” night opened up by the young, handsome and not quite ready for prime time singer Peter Cincotti. Horn came out in a wheelchair, her infirmity denying access to her comfortable perch behind a piano. Occasionally, she would gesture to pianist George Mesterhazy, as if indicating a pianism or a structural cue she might have taken. All that notwithstanding, Horn delivered, particularly a poignant, partly solo incantation of “Yesterday” and deepening versions of “Just in Time” and her signature piece, “Here’s to Life.” For an encore, Horn did sit behind the piano and lightly brushstroked a few of the chords to “I Fall in Love Too Easily,” singing with sagely restraint and with the parting words, “That was just for Miles.”

Other high points of the festival: Dave Holland’s Big Band, venturesome and abidingly musical, reminded why it’s reaping kudos at the moment; Brad Mehldau capped off an evening of young piano trios, including pensive Norwegian Tord Gustavsen and the showy Swede Esbjörn Svensson. The openers are both intriguing works-in-progress, but Mehldau, in a shortish midnight set, displayed the kind of commanding maturity and also contemporary music pulse-tapping that puts him in the upper echelon of current jazz-piano thinking.

From the realm of pleasant, offbeat surprises, the highlight of the festival was the accordion conversation of the great blind Austrian accordionist Otto Lechner and French accordionist Arnaud Methivier. The pair wended down a hypnotic, unbroken 75-minute set, through improvisational passages and in and out of tunes, all brought to a bracing finale with Lechner’s vibrant, syncopated maze “3/4 Suite” (also a pinnacle of the all-star squeezebox album from the “Accordion Tribe”). The pair gave an encore of “Walking on the Moon,” around 1:30 a.m. in a theater inhabited by Moliere’s ghost. We clearly weren’t in Kansas anymore.