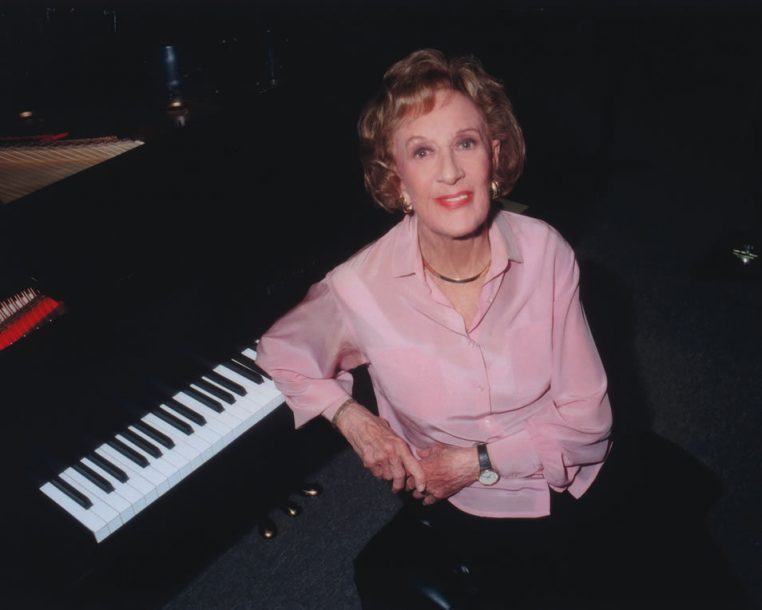 James Brown may be referred to as “the hardest working man in show business” but at her 85th birthday celebration Marian McPartland was the hardest working person in jazz. Not that she isn’t usually very active in many areas of the music but Marian wasn’t away from the piano bench on too many occasions during an evening where the music was virtually continuous. She was on stage, performing, to such an extent that event-producer John Schreiber kidded her that she had “out-Hamped Hamp.”

The duets McPartland participated in were numerous and varied. In encountering myriad styles, songs and the different keys that the individual vocalists employed, she displayed acumen, sensitivity, patience and adaptability.

Actually her first accompaniment of a singer came in a trio setting with bassist Gary Mazzaroppi and drummer Glenn Davis. Curtis Stigers tried too hard to be hip on “But Not for Me” and it was not for him. On the other hand, in the first of the piano-voice duets, Tony Bennett was the essence of mellowness on “In a Mellotone,” and the epitome of effortless swing.

Two other vocal duets provided another kind of contrast. Believe it or not I’d never heard Norah Jones before this night. She seems to have a winning personality but failed to make “September Song” believable. Her reading of “The Nearness of You” revealed more of her talent. Now she needs the maturity that experience will bring.

Jackie Cain has lived in the music since the 1940s. Although best known for her vocal collaborations with her late husband, Roy Kral, she also has long been a superior interpreter of songs as a soloist during her professional career. Here she and Marian combined for a mesmerizing “While We’re Young.”

Other impressive turns were done by Karrin Allyson with the McPartland-Johnny Mercer “Twilight World”; and Nnenna Freelon on Duke Ellington’s “What Am I Here For? ” Roy Hargrove’s flugelhorn was his perfect “voice” as he stated “My Foolish Heart” with lambent simplicity. Equally and flugelly beautiful was a collaboration by Clark Terry and Marian on Ellington’s “Come Sunday.”

McPartland’s partners in dual exploration included both new and old friends, ranging from a quasi-quirky version of “Summertime” with pianist Jason Moran (he has some of his mentor’s, Jaki Byard, zany side, to a romping “Take the ‘A’ Train” with George Wein. With a rhythm section Marian and guitarist Jackie King, of Willie Nelson fame, engaged in delightful interplay, highlighted by a contrapuntal segment in which the bass and drums laid out. Mr. King has some strong jazz chops.

Billy Taylor, looking and sounding good, was a welcome presence throughout the evening, dueting with Marian on “Capricious,” one of his felicitous originals; backing Jon Faddis in a touching “Memories of You,” a song the trumpeter first played as a duet with its composer, Eubie Blake, when Jon was 23 and Eubie, 93; and helping to spark the closing jam on “Secret Love,” along with Marian, Faddis, tenor saxophonist Loren Schoenberg and, direct from Israel, alto saxophonist Arnie Lawrence.

I’d be remiss if I didn’t mention other contributors such as Jim Hall, Regina Carter, Bill Crow, James Williams and the men who opened the evening’s festivities: Bill Charlap, Phil Woods, Dave Douglas and Ravi Coltrane. Woods’ solo spot on “Last Night Night When We Were Young,” right down to a “Moonlight Becomes You” tag, was absolutely breathtaking.

The night was a fitting tribute to McPartland for her bountiful contributions to jazz, including her invaluable radio series, Piano Jazz, and beyond. In the end she was the main, moving force in making it a living, loving testimonial.