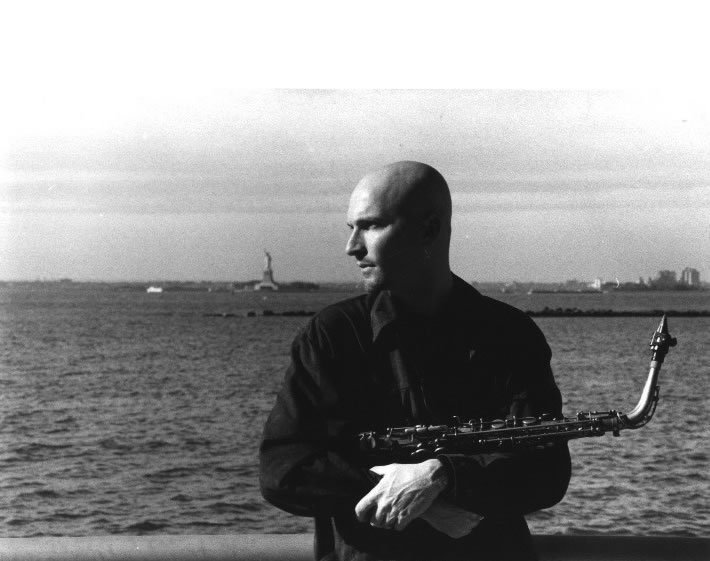 “I look for authenticity,” says alto saxophonist Ori Kaplan. “You won’t find me playing, for example, Balkan jazz. That’s all the craze now. Actually, I do some kind of style mixing, but I come more from the direction of guys like Yusef Lateef and Sun Ra and Ornette Coleman. Maybe it’s more a bluesy thing,” he explains. “But I’ve also done punk rock.”

Confused about where Kaplan has been and where he is going? Considering he spent his formative years in Israel and has been a prominent member of the New York free-jazz community for the past decade, his multidisciplinary spread is hardly surprising.

Like many of his compatriot contemporaries, Kaplan started his voyage to the outer reaches of jazz under the tuition of Israeli bassman and teacher Stu Hacohen. That was after having tried his hand at classical clarinet, klezmer music and a spell with DXM, which Kaplan calls “Israel’s first industrial rock band. We played a lot of depression songs with saw sounds and screaming saxophones,” he laughs.

Kaplan moved away from punk rock and into a jazz environment when he was 18. “My teacher got me into Sonny Stitt and I’d listen to his records all day and sing his solos in the car,” he recalls. “For me it was all Stitt, Charlie Parker and Sonny Rollins.”

Kaplan made the move to New York when he was 22, initially to attend the New School of Jazz. But he didn’t last long in academia; he quickly moved away from the traditional learning material of the bebop era and headed for less structured climes. Since his brief student days Kaplan has been busy gigging around New York’s East Village and at the Knitting Factory, and he has released four albums, including the recent Delirium (CIMP) as the Ori Kaplan Trio Plus with trombonist Steve Swell, and the brand new Gongol (Knitting Factory) as the Ori Kaplan Percussion Ensemble, which features Susie Ibarra.

After a decade in New York, Kaplan is still brimming with enthusiasm and groundbreaking ideas. “I love the energy of this place,” he says. “I love all this cultural interaction. It really turns me on. I can do anything I want here.” As long as it’s authentic.